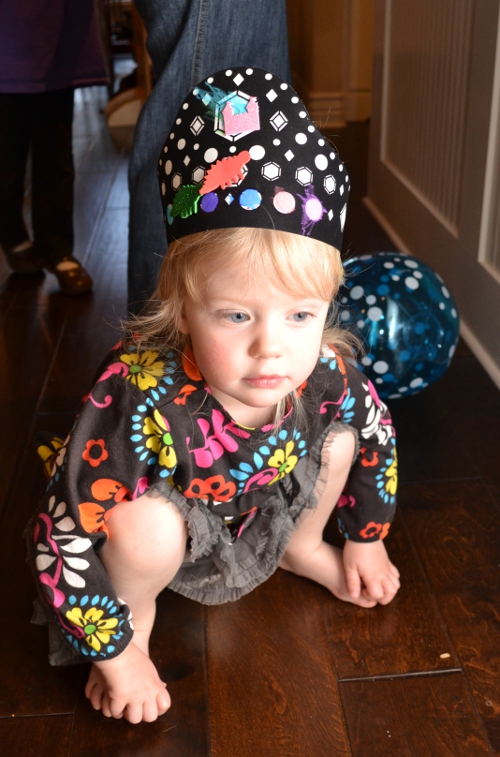 It’s fun to get free stuff, and to get to hang out with your friends, and hosting a House Party is a great way to do both. If you don’t know about House Party, it’s a free website that you sign up on and then you can get information about different hosting opportunities they have going on. As I write this there are open parties with sponsors ranging from Benefit Cosmetics to Johnsonville sausages, Weight Watchers to AMC (for a “Mad Men” party; I applied for that one, too!).

You fill out a little information to be considered for a party, and when the party opens up a select few will be able to host the party. Each party comes with a party pack from the sponsor that includes freebies for you and your guests and ideas for making your party more fun.

I did one of these last year for Green Works that was an Earth Day party and it had tons of free samples for people; yesterday I hosted a Zatarain’s Mardi Gras party. For hosting I got a couple of boxes of mix (with recipes to use them in), a container of cajun seasoning, a container of creole mustard, root beer extract, a hot pad and wooden spoon. There were coupons for the guests as well.

I thought it would be fun to share what I did for the party so that future House Partiers can learn and have more fun at their get-togethers.

Step One: Invite the Masses

I actually invited a lot of people to my party. I had enough freebies for 14 people, and of course the House Party folk like it if you have a lot of people to share with. I didn’t have 14 but I had a bunch. My house was full. Lots of kids, too, of course, because we’re all moms. That’s probably why the house felt so full. Most of my group shots aren’t great so I’m not sharing one of those, but we’re talking maybe 10 moms and nearly 20 kids. I can’t do math right now, but it was a lot.

Apparently “a lot” is my favorite way to describe this party, and it was pretty abundant in every possible way. I originally intended to get more creative with the menu, but since Zatarain’s sent recipes that went with the mixes they sent, I figured I might as well use them. If these are the recipes they chose to send they must be good ones, right?

I made red beans and rice tortilla casserole:

I do not know what about these is supposed to be king cakey; real king cake is a yeast cake and these are just yellow cake with root beer icing and filling. They were good, though. A note to anyone who makes the recipe: I doubled the batter and got 30 cupcakes. I made a single batch of both the filling and the icing and came nowhere near using all of either. But you could also hardly tell there was filling, so it could be my holes needed to be bigger. I’m also pretty sure you could leave that part out if you weren’t planning to put beans inside to simulate the baby. (I didn’t do that because there were kids eating these.) But they were pretty tasty. The cupcake itself would be a good basic cupcake recipe for any occasion.

Before I knew quite the extent of kids I was going to have (I got extras because I had my party on a school holiday, so bigger kids came as well as toddlers) I knew that I wanted to have a craft. The first thing I thought of was decorating crowns, which I thought would be fun for a variety of ages and genders.

Originally I thought I would make felt or foam crowns for the kids; then I found these adorable velvet art crowns at Discount School Supply. I paired them with a variety of markers, gem stickers and foam stickers (including alphabet letters and dinosaurs, airplanes and trucks for the boys) for the kids to play with.

It took a while to get them going, but once they started it was a huge success.

And, of course, once the crowns were made, they allowed for lots of cute pictures.

Pulling together a party like this can be a lot of work (I haven’t even mentioned the goodie bags, which were actually really easy, just the coupons and some Mardi Gras beads and a coloring page cutout I found online), but it’s also a lot of fun. I hardly ever get to see all my mama friends any more because the Bit is in school, so it was really nice to get a whole mess of people together.

It can be hard in the middle of things, when you’re behind on your cooking and your kid just wants to be carried around, to remember that it’s supposed to be fun. But at some point they’ll be a moment when you get to sit down, look at the chaos all around you and remember it was worth it.

Even if you don’t have a gaggle of kids to invite over, a House Party is a lot of fun. Have you ever had one? I’d love to hear about it and if you have any tips.

Find this and more great tips for moms at the Mommy Club Link Party at Milk and Cuddles!