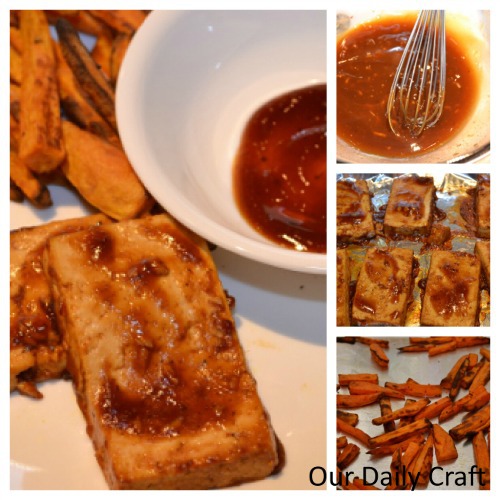 I’m a big fan of food that doesn’t necessarily take a short time to cook but instead takes a short time to prepare, meaning my time actively working is limited even if the cooking time is long.

I love making bread and soups, for example, because even though the time needed for bread to rise or soup to simmer is long, I don’t need to be present while it’s happening.

So thought I’ve never cooked ribs, that’s certainly a genre that should appeal to me because of the long unattended cooking times. I saw those long waits firsthand Friday when I got the chance to check out the finals of the Kraft Dibs on My Ribs BBQ cookoff.

Held at the Tyson Foods World Headquarters in Springdale, Ark. (where, you probably already know, my husband works), the event brought together six top BBQ’ers from around the country to share their best recipes.

The three competitors in the indoor competition were probably feeling doubly lucky to be working indoors, since it was windy and rainy through much of the day.

What Goes Into Good ‘Cue?

I had a chance to talk to one of the judges, a pork producer from Indiana, who said after hearing the stories of what inspired the finalist’s dishes he wanted to call it a six-way tie. In the end, he said, it’s a matter of taste, of course, and a contestant may lose just because a particular flavor didn’t suit one of the judges.

From the look of the competition everyone was going for interesting flavors, from pineapple to chipotle and apple to peach. (In the end, the Spicy Honey of a Peach ribs won the outdoor category and the Fiery Pineapple Ribs took the indoor title. Winners get a year’s worth of free groceries from Walmart.)

That wasn’t much help for me discovering how to make great BBQ at home, so I was happy to chat a little later with one of the contestants, Sandi, from Norman, Okla. She said she took on the challenge of the indoor category because she wanted to emulate the flavor of applewood-smoked ribs indoors.

It was a double challenge for her because she doesn’t even have a working stove — she began entering cooking contests to help renovate her kitchen — so her recipe is made in a slow cooker piled with apples and onions and seasoned with McCormick Grill Mates Applewood Rub (McCormick was another sponsor) and Kraft Thick & Spicy Honey BBQ Sauce fortified with extra honey and chipotles. I have to say it smelled awesome.

She said the key to a good glaze is starting with a good, sweet sauce, and that augmenting bottled sauce is a great way to get a good sauce fast. Good to know.

Music as Sweet as the Sauce 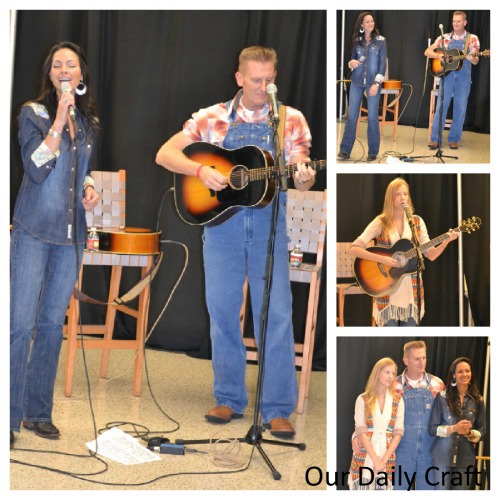 Part of the celebration of pork that was #DibsOnMyRibs was an indoor (thanks to the weather) concert by Joey+Rory. I will admit my country music ignorance and, in case you share it, let you know that Joey+Rory are a wife and husband duo from outside of Nashville who took third place in the first season of the CMT show “Can You Duet?” (They also have a show for RFD-TV, “The Joey+Rory Show,” despite not owning a television.)

Their songs are kind of every cliche about country music, but in a nice way. There are songs about a truck, a cheating husband and the joys of a good pair of cowboy boots. There’s a story about the Civil War from the Confederate side, and plenty of songs about the redeeming power of the love of a good woman.

Joey can belt them out, and their daughter, Heidi, can really wail, too, in the manner of old-school, Patsy Cline kind of country singers. She’s working on an album, too.

Making My Own BBQ Masterpiece

Inspired by the wonderful smells and sights of Dibs on MY Ribs, I took a little time on Sunday to make my own meal with Kraft BBQ Sauce. I knew I wanted to keep it simple, but not just slather the sauce onto something plain. The sauce by itself is pretty yummy, with a nice level of sweet and spice, but I wanted to give it a little more depth.

What I came up with was BBQ baked tofu with sweet potato oven fries and a BBQ dipping sauce. The only time you have to spend in the kitchen is whipping up the marinade, cutting the tofu and potatoes and turning things over while they cook. Easy. And good, too.

Sadly I have no pictures of how this wonderful meal (and it was pretty tasty, sweet, and spicy) brought us together as a family, because it didn’t. Sunday nights my husband does his own thing, so I packed his supper to go and ate mine with the girl, who would have nothing to do with the BBQ, though she did declare the sweet potatoes “yummy.”

Should you need more BBQ inspiration, whether you’re cooking indoors or out, check out all of the entered recipes at the Dibs On My Ribs website. And see lots more pictures from Dibs on My Ribs and my cooking adventure in my Google+ photo album.

I am a member of the Collective Bias™ Social Fabric® Community.  This shop has been compensated as part of a social shopper insights study for Collective Bias™ and Kraft #CBias #SocialFabric. No one pays me for my opinions.