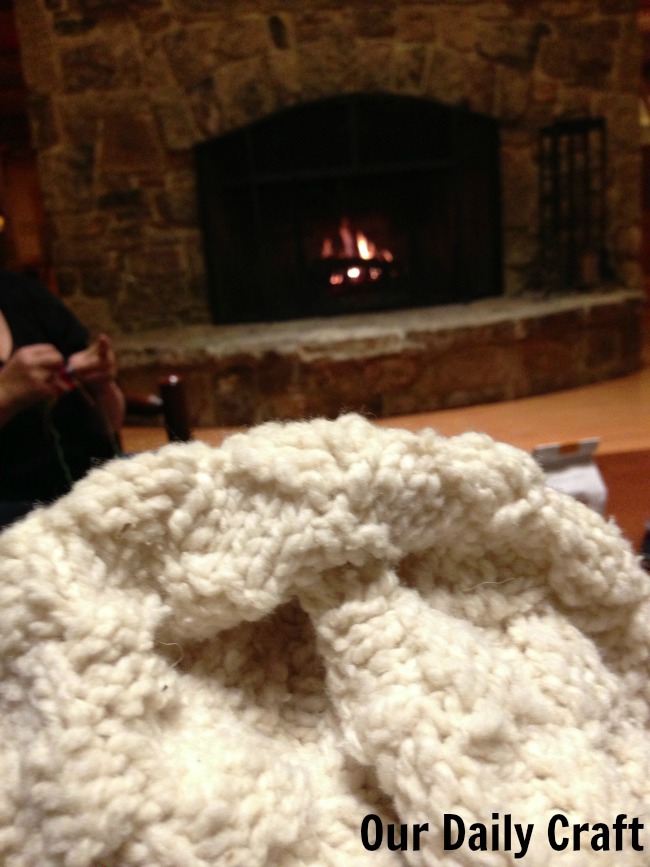 I had such an amazing fun weekend at Mount Magazine with 18 other knitters and the Yarn Harlot, aka Stephanie Pearl-McPhee. For the uninitiated, Stephanie is probably the only knitting humor writer to come out of Canada, and because you can’t quite make a living writing knitting humor, she also teaches and speaks about knitting.

This weekend was a retreat and involved three classes as well as a public lecture over the course of two days. It was so much fun, learning, inspiration, I don’t even know what all. Beautiful scenery, snow in May, lovely people, lots of yarn.

I’m still distilling things, but here are some things I learned, thoughts and pictures. 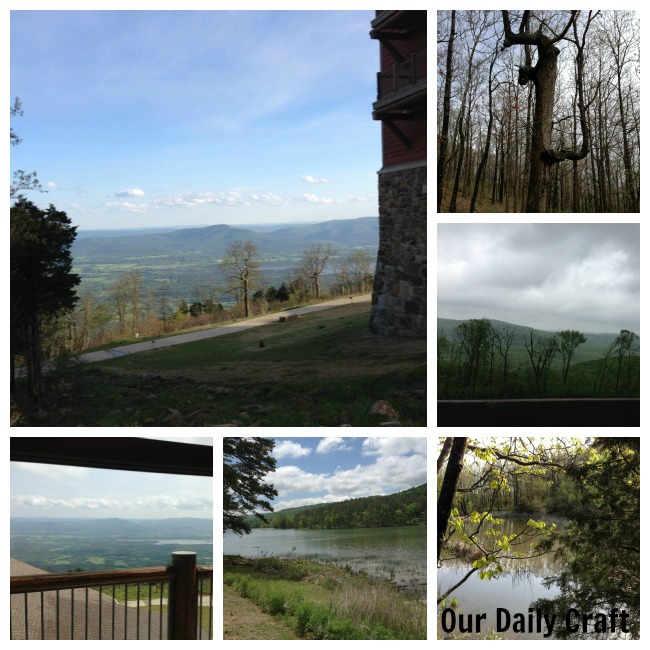 Arkansas is really, really lovely. Some of the scenery I passed was just so beautiful and idyllic I wish my eyes could take pictures because you wouldn’t believe it was real if I described it to you. Bright blue sky, fluffy white clouds, rolling green hills, farmland that goes on forever. Black and white cows in fields of yellow flowers. I wouldn’t believe it if I hadn’t seen it myself.

The scenic route is always worth it.

Even when this happens. 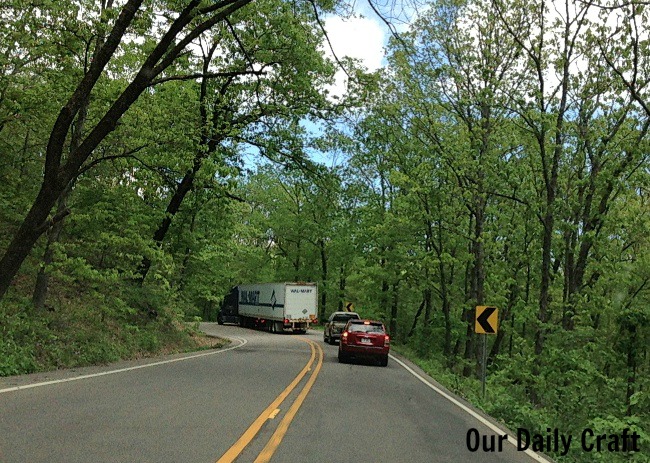 That’s a Walmart truck, as you can probably see,  going around a curve on the highway affectionately known in these parts as “the Pig Trail.” It’s super curvy, steep and beautiful. This is the road that taught me that a hairpin turn is a real thing. I love the line in the Encyclopedia of Arkansas entry I just linked over there that says

Today’s traveler is more likely to use the Pig Trail for leisure and recreation than for point-to-point transportation.

Hogwash. It’s so much better than the Interstate.

That said, when you get stuck behind a semi on the Pig Trail and are going so slow you could complain about it on Facebook while you’re driving, you will be shattered to learn you have no cell reception.

There’s also no reception at the top of Arkansas. I’m pretty sure there’s a joke in there somewhere.

This is our highest point, at Mount Magazine, or more specifically, Signal Hill. It’s really not that impressive.

After hiking up there after I got to the park on Friday, I decided to take another little trail along the ridge. It was there I learned (nay, was reminded, because I already knew) that my friend Jamie is very wise. He advised me via Facebook to take snacks when I reported I was going hiking. I didn’t. (I didn’t expect to be out as long as I was.) It was a huge mistake. I promise to listen to him in the future.

Knitters are awesome. Welcoming, fun, funny, smart. And as Stephanie told us, knitting does great things to our brains, so I think we’re entitled to feel a little superior about how amazing we are.

I definitely need to up my game when it comes to knitting needles.

It’s good to try new things, even if feeling like a beginner again does kind of suck. Some things you don’t know yet are worth knowing.

The length of an adult’s hand from the tip of the longest finger to the base of the palm is exactly the length you need to knit a sock for that person before you shape the toes. This is awesome information to have if you happen to be knitting socks for yourself and can never find a tape measure.

Knitting by the fire is always a good thing. Even if it happens to be happening in May.

When we kill silkworms (because that’s what you have to do to get their silk) we don’t call it killing. They are stifled. Either by baking or boiling.

I’m actually pretty good at making silk hankies (this is a step in the process of making silk knitable). Stephanie promoted me to the Chinese factory (which sounds awful, but silk really does largely come from Asia, and these are actually good jobs because skill is involved).

You can stretch a cocoon enough that 18 people standing shoulder to shoulder can all hold it. This will scare the normals if you do it in a hotel lobby. (I don’t have pictures of that because I was part of it.) And then you can knit with it.

Knitting is pretty awesome, too.

But I really do love my job.