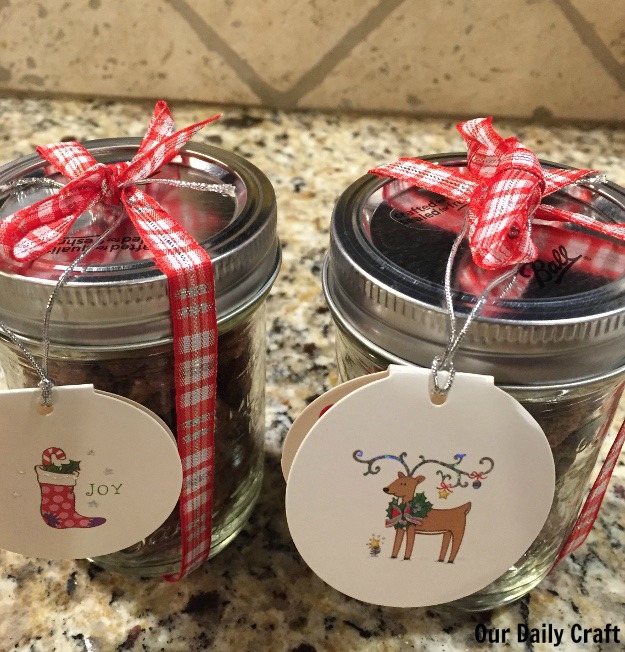 It’s not like we don’t see Christmas coming. It’s at the same time every year. It can’t possibly sneak up on us, and yet every year there’s the same mad dash to finish something or buy something or do something before that big, firm deadline of Dec. 25.

In other words, the day I would need to have gifts for teachers and classmates ready. If not before.

Being well aware that Dec. 19 (as of this writing) is tomorrow, I finally decided today that

I made this decision in the parking lot after dropoff this morning.

I further decided, on my way to the grocery store, that her teachers (in addition to the handmade cards and gift certificates I already had lined up) should get some of the candied pecans I was making. I wanted to knit Christmas ornaments for them, too, but I can’t find a key component and that’s just not going to get done today. Oh well.

So I headed home from the grocery store ready for a day of making gifts.

I first made these pecans for Thanksgiving and I love them so much I wanted to have some again for Christmas.

The recipe I use is from Two Peas and their Pod, but there are tons of recipes for similar things out there. 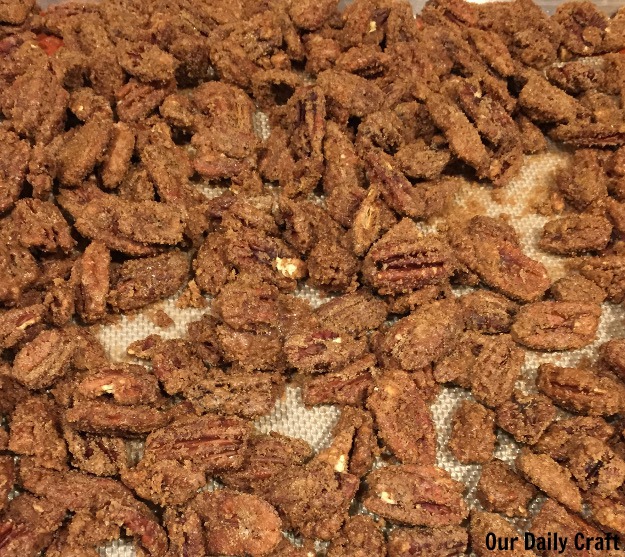 It’s just brown and white sugar, cinnamon and salt. Egg white and water bind it, and a little vanilla gives some extra flavor.

They come together in the time it takes the oven to heat up, and you just have to stir them a couple of times while they’re baking.

Plus, they’re delicious, and pretty cute in Mason jars. Which also happen to prevent anyone from eating the whole pound by themselves. 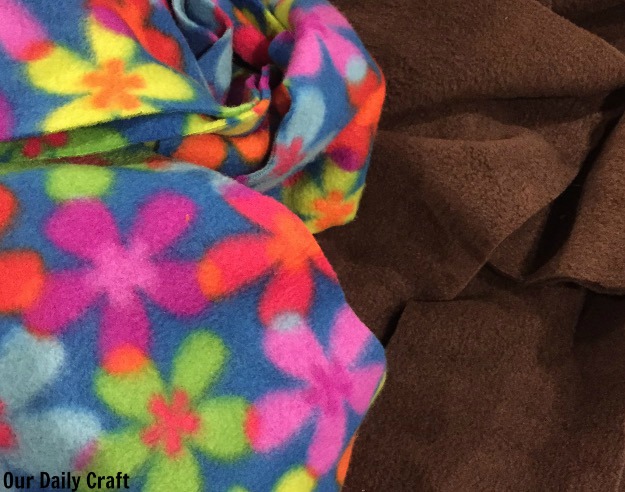 Second order of business: fleece scarves. I decided to go the no-sew route in order to get them done as fast as I could. I’ve had this flower fleece forever and I thought it would be cute for the girls. For the boys (or any girl who doesn’t want flowers) there’s plain brown, because that’s what I had in the house. 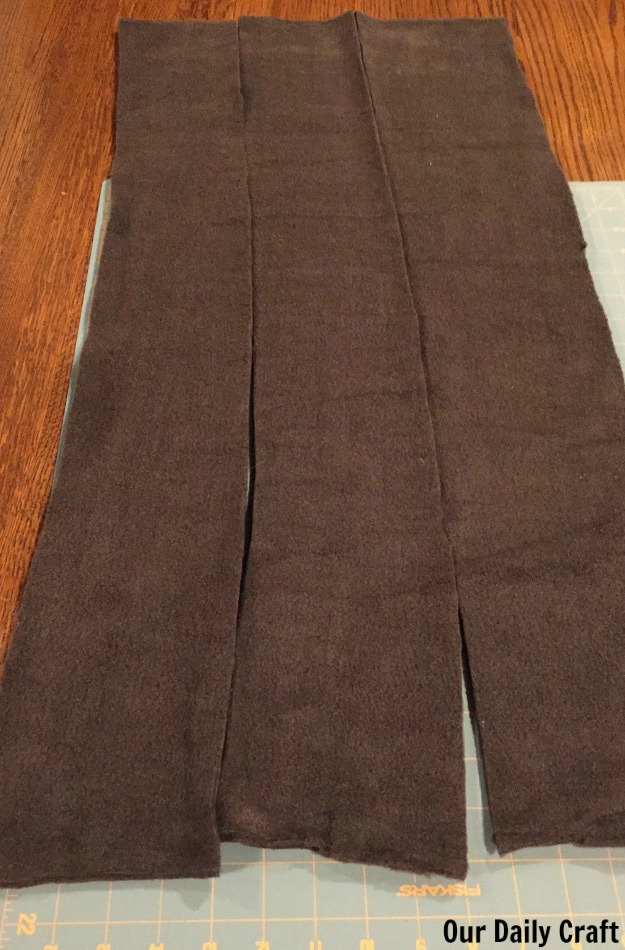 I cut the fleece into 5-inch-wide strips. The flower fabric was long enough that I further cut it in half, but the brown was not. (They’re all about 5 feet long.) 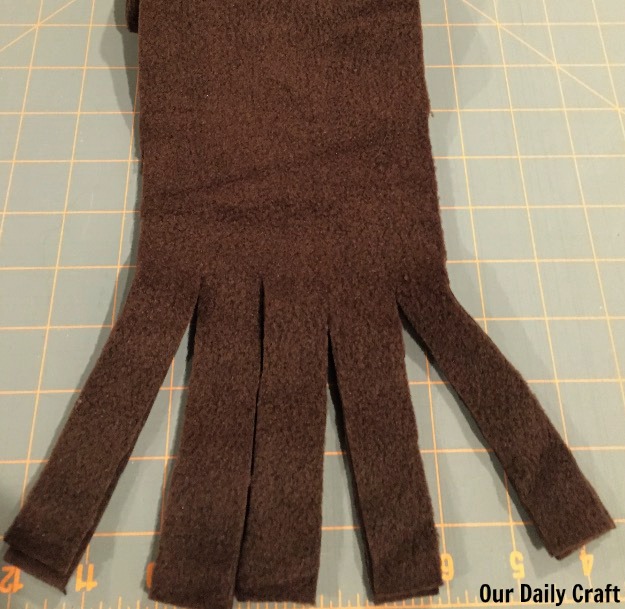 Then I cut slits in the ends that were 5 inches long and about 1 inch apart. I thought about tying knots in them but I liked the straight look better. 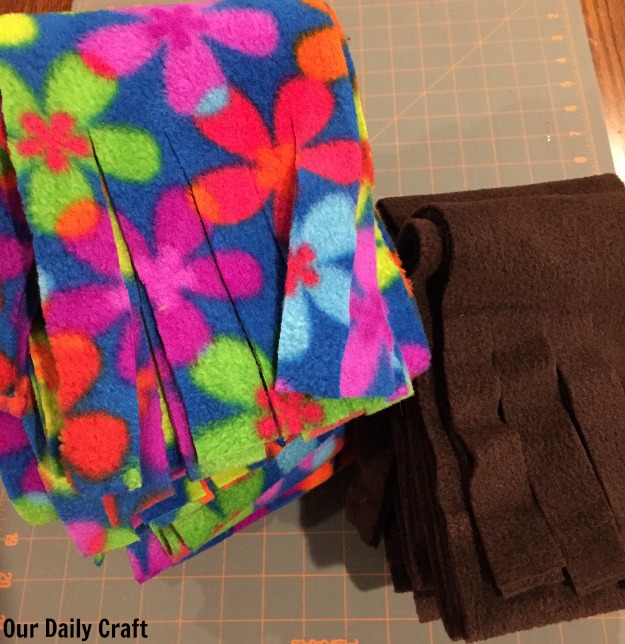 I ended up making 12 flower scarves and 6 or 8 brown scarves in about an hour. That’s more than I need, but that’s how many I happened to cut out.

We’ll start giving those out this afternoon to kids who don’t come to school on Fridays (I’m sure we’ve already missed some) and I’ll have done my part to keep the kids warm on the playground next year.

Have you done any last-minute crafting for the holidays? I’d love to hear about it!