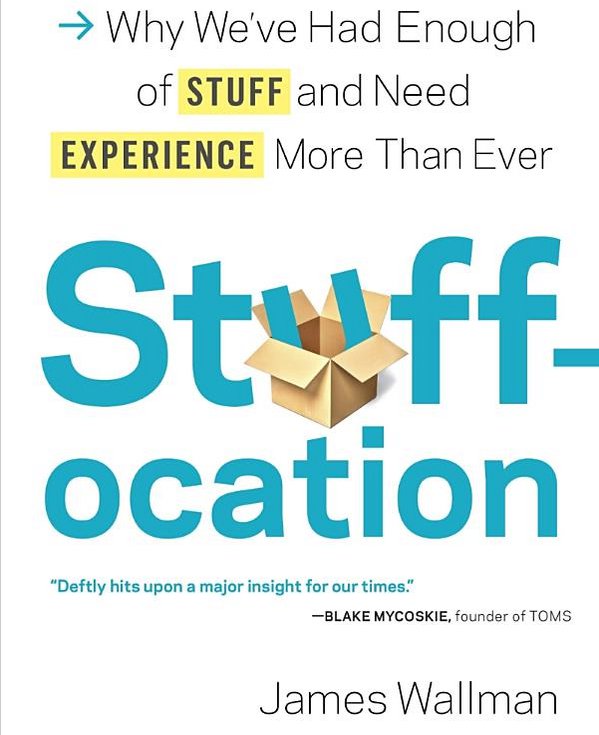 I’ve been trying to get my stuff under control for a long time. My word for the year is simplify, and while it hasn’t been as easy to carve out the time for decluttering that I would like (what with book stuff and kid stuff and LIFE and all), I’ve been trying to keep myself motivated to do what I can by reading books about organizing, decluttering and the problem of stuff.

I was offered a review copy of Stuffocation by James Wallman on NetGalley and it seemed like a perfect fit for my project.

I started reading it and the stats he shared freaked me out a bit: one in three households in the United States has a “collector,” one in 10 rents storage space and 1 in 20 is a hoarder.

Clearly we all — or the vast majority, anyway — have too much stuff.

And he’s totally right.  Stuff is like a physical weight, and a mental weight, too.

He presents an alternative to the current system of materialism that he calls experientialism, meaning people who seek experiences over material possessions. They’re still spending money and boosting the economy in their way, but they choose to buy really specific things related to a passion they have or an experience they want to have.

These sorts of people are often minimalists who still like stuff, who will spend $15,000 on a fold-up bed for their tiny apartment, or who only have 50 things but want the best 50 things money can buy.

They’re also shelling out for exclusive experiences like TED and SXSW, which can become another way of showing off and another cause of keeping-up-with-the-Joneses jealousy for the people who aren’t on those amazing trips. (There’s definitely an argument here for staying away from social media from time to time.)

The Value of Experience 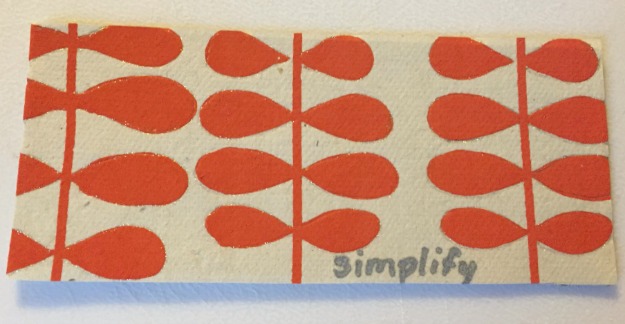 Wallman looks at a variety of potential alternatives to the current system — minimalism, simple living and the “medium chill” (as opposed to the big chill, meaning going for only so much achievement in your career so you have time for other things) — and determines none of them are likely to provide the large-scale change in thinking and behavior needed to stem the tide of materialism.

He thinks experientialism is the way of the future because people who can afford it are already buying into experiences more than things, and focusing on doing stuff rather than having stuff is possible at any income level.

Trying to Get Less Stuffed

This is not actually a how-to declutter book; it’s much more about why you might want to shift your thinking to a way that causes you to value your stuff less and your experiences more. But there is an appendix that discusses the way of the experientialist, including ideas for de-stuffocating.

One suggestion is to get rid of one thing on the first of the month, two on the second and so on through the month, which in a month with 31 days would have you shedding 496 things. I like this idea but I’d probably do it in the opposite order, starting with larger numbers when I had the momentum of beginning behind me.

[Tweet “Could you get rid of as many things as the number of the day of the month for a whole month?”]

There are also “7 Habits of Highly Effective Experientialists,” which includes tips on knowing your stuff, being present in your life (and being your own audience, meaning no Facebook bragging!) and spending well and thoughtfully rather than engaging in retail therapy.

I really enjoyed this book, though I feel like if you’re getting motivated to clear out your house the beginning and the appendix are the most important parts. If you’re feeling the weight of too much stuff and looking for a different way, this book definitely has some good insights to share.

I don’t know if it’s an idea that all of society will one day latch on to, but I think we do need a different way of approaching what’s important in life.

What do you think? I’d love to hear your thoughts.