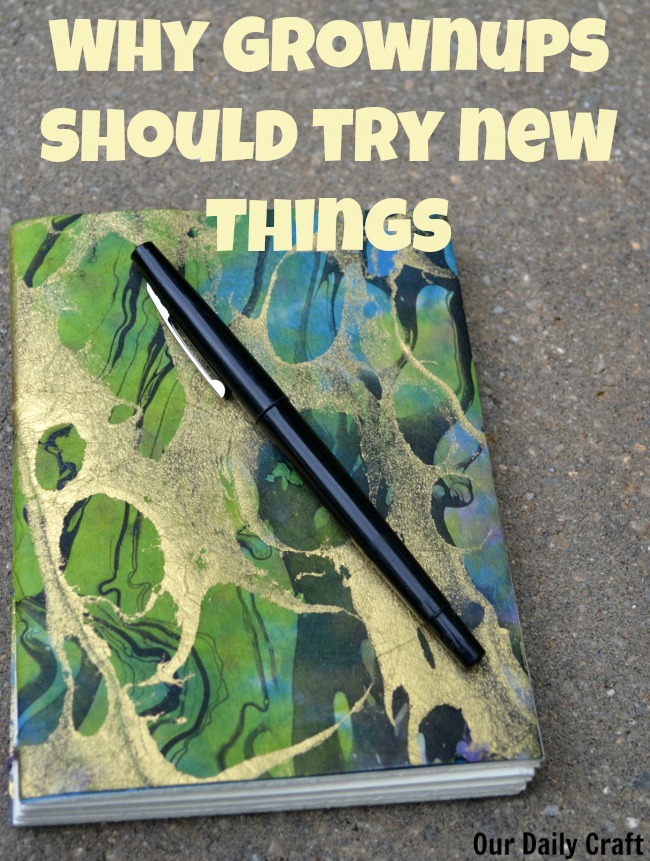 It’s really good for adults to feel stupid from time to time.

Or if not stupid, at least awkward.

Painfully out of your depth.

So excruciatingly new at something you’re not sure you’ll ever get it or that you even want to now that you’ve tried and it’s so. Hard.

The Pain of Trying New Things

I’ve had a chance to teach a couple of in-person knitting classes lately, something I don’t do very often, and it reminded me of the power of being a beginner.

The Zen Buddhists talk about shosin, beginner’s mind, as a state of being free from expectation or preconceptions and an openness and eagerness to explore a subject.

Of course, as grownups, our beginner’s mind is usually full of expectations, resistance and the idea that whatever we’re about to learn should be easy.

In some parts of the world knitting is (or historically has been, anyway) taught to children so surely I can pick it up fast, right? 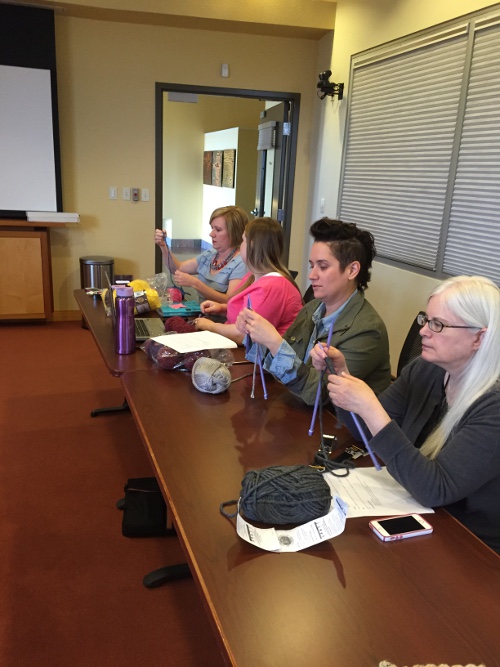 That’s why there’s a lot of swearing and complaining in my beginner classes. Most adults aren’t used to making themselves do something that they’ve never tried before, and they tend to get embarrassed and frustrated when it doesn’t go their way right away.

I tell them that everyone is awkward in the beginning, and it just takes calming down and practicing to get better.

Trying new things is great for your brain, building new pathways and making you more mentally flexible, which is great at any age.

Some people get it right away. Some have it down within the hour of that first class.

Others take longer. Or they may never get it.

But even if they don’t get it, I think the effort teaches them something about themselves beyond the fact that they may never be good at knitting.

I consider myself a pretty good writer in the realm of nonfiction, but I stopped writing fiction and poetry with any regularity a long time ago.

I miss it, and in order to get it back I challenged myself to write a poem a day in March.

Then I read about a 100 days challenge someone was doing that started in early April. So I decided to do 100 days of poetry. Knowing that I wouldn’t be able to — or want to — write a poem every single day for 100 days straight, I’m trying to go for most days and to continue the project until I’m up to 100 poems more or less in a row.

A lot of them are awful.

You’re supposed to share pictures on Instagram of your daily thing to keep yourself accountable and I can’t do it, so horrible are these poems.

I have friends who are real poets. They share their words on Facebook and get legitimate likes and praise. And then I get jealous.

And then I remember the blue jay isn’t jealous of the chickadee (can you tell I wrote a poem about that?).

That it isn’t a contest.

I can already see it happening, 18 poems in.

[Tweet “Learning something new? The effort you put in to show up and try is really important.”]

But the effort is really important.

Lots of people try something new once or twice, or for a few days, and give up.

They don’t make it past the awkward, out-of-their-depth, never-going-to-get-better stage.

They don’t know what good beginners know: it takes time.

If you just keep trying, keep showing up, putting lines on paper, stitches on the needle, another piece of fabric through the machine, whatever, it gets easier.

At some point you lose that awkwardness all together.

No longer a beginner.

A grownup who is willing to try new things.

What have you tried lately? I’d love to know!