I don’t know if Aaron Reynolds was trying to write an allegory of the current political climate when he wrote President Squid (illustrated by Sara Varon and released in March) but he might as well have been. 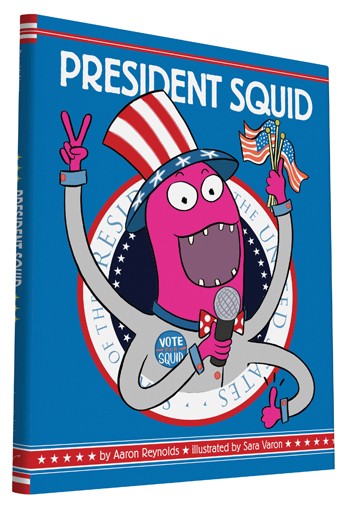 The picture book tells the story of a squid who decides he wants to be president because “no giant squid has ever been president before.” 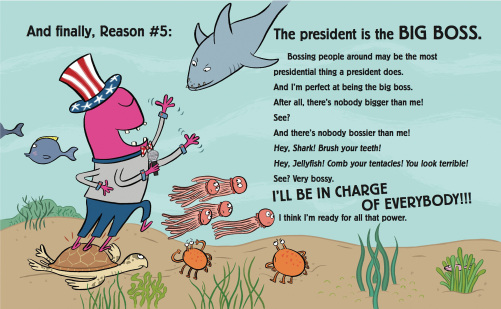 He details five reasons he would be the greatest president ever, including the fact that presidents wear ties, live in big houses, are famous, do all the talking and get to be the big boss.

This sexist, elitist, loudmouth bossypants eventually learns that being president is actually about helping people, and it’s really harder work than he imagined.

The girl loves this book, and has now checked it out from the library twice. She picked it up the day after the debate, which seemed appropriate. 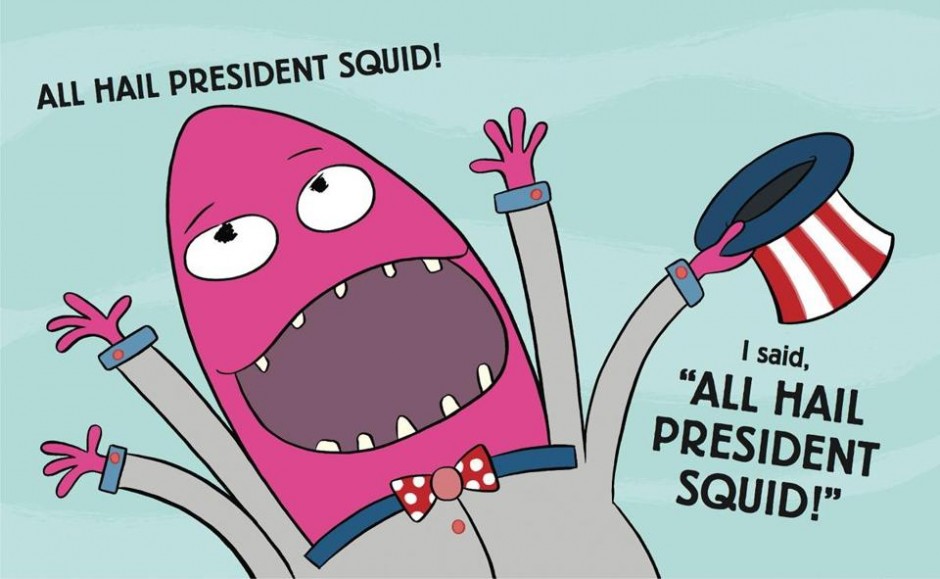 Even without getting into this particular presidential election, it poses important questions about what the role of the president really is and why people think about running for president, in a way that younger kids can relate to.

Adults will find the book funny as well, and the combination of pictures and text (and the reaction of the other animals to squid’s bluster) is charming. 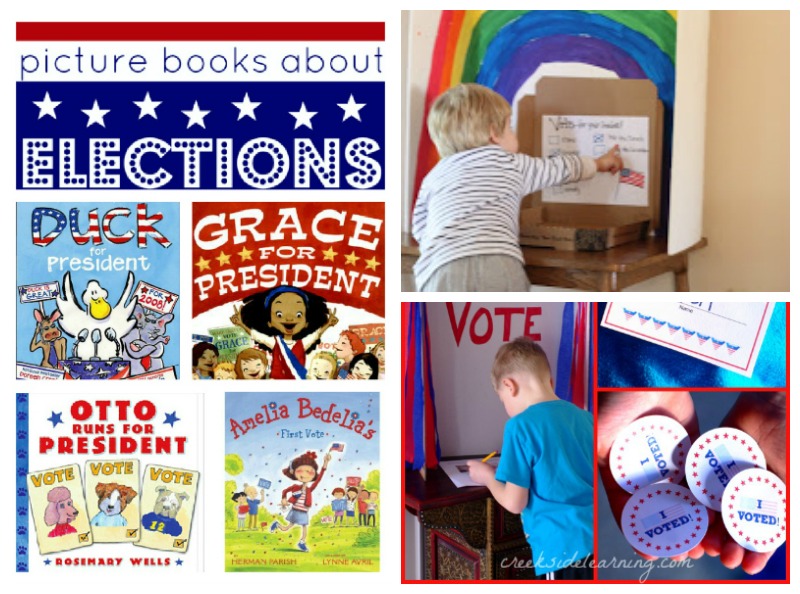 The publisher, Chronicle Books, also has a free printable activity kit for use in the classroom or at home where you can devise a campaign for president, list reasons your candidate should be president, decorate a hat and bowtie like squid wears, make campaign buttons and host a mock election.

Here are some other great ideas for talking about voting and the election with your kids:

I’m definitely taking the girl to vote with me on Election Day, tardiness be damned (it should totally be excused, right?). Here’s a great post from Montessori Mayhem about how voting with kids becomes a teaching experience.