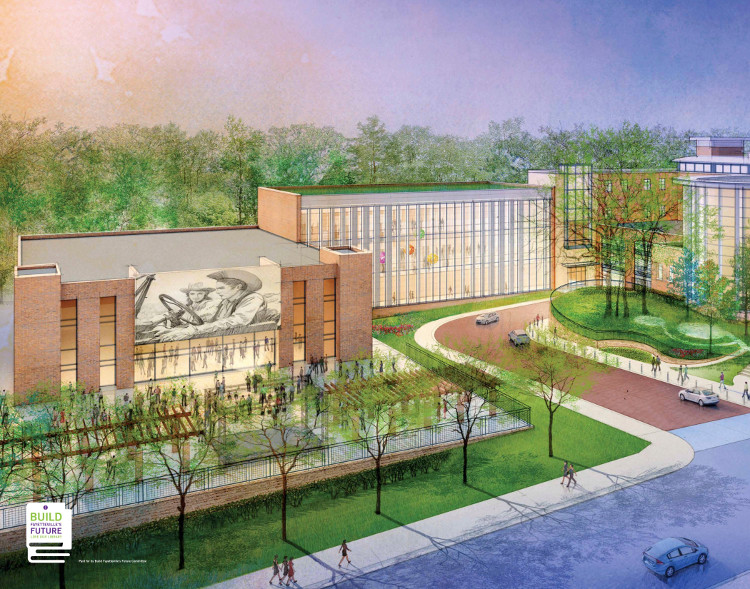 To my non-local readers: apologies for getting super local and a little political today. But we should all support our libraries, wherever we are, in whatever way we can. Even if you don’t have a library tax election coming up, maybe you can find a way to show your local library some love, too.

It is no surprise that we love the library here at the White House. We usually go at least once a week, use the computers, check out a ton of books, go to programs, take part in summer reading (that’s actually new for us this year because the girl can actually read by herself now).

We — and here I think I’m talking about Fayetteville in general — are proud to live in a place with such an amazing library, a place that is so well loved and well used that the “new” building that opened in 2004 and was supposed to last decades is already overflowing its capacity. 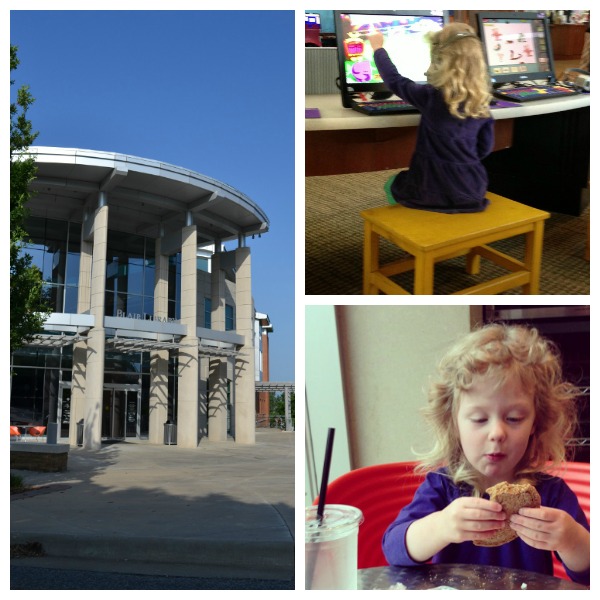 Loving the Library to Death

The statistics are actually pretty amazing.

The library has about 298,000 items that circulate more than 1.25 million times a year, and one of the checkout kiosks was named the busiest self-checkout in North America last year.

Circulation has increased 44 percent since 2004, and 43 percent of the items checked out are from the children’s and teen collections. Children make up 51 percent of program attendance at library events, and the summer reading program last year had 24,850 attendees, an increase of 40 percent over the past decade. 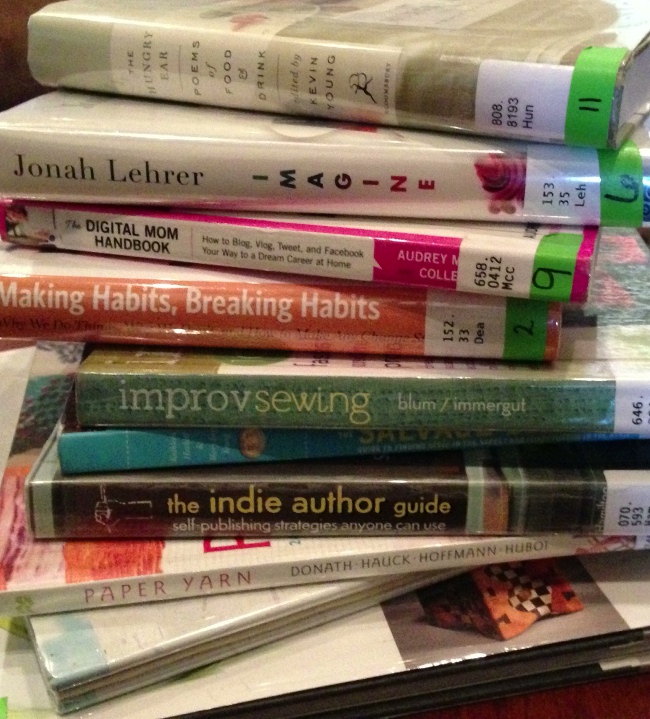 Last year 287,000 hours of free WiFi were used in the library, a lot of it by people who don’t have internet at home, entrepreneurs and students. The library also issues 11,000 internet-only cards to Fayetteville Public School students.

And that’s not even to mention that you can check out ebooks and audiobooks from home (which we have been doing a lot lately), get tools from the Ozarkansas Tool Library, check out fishing poles, educational materials and so much more. I also learned this week that the library is an official cooling station, and because it’s open 64 hours a week, it’s the one place in the city that’s open more than any other city, state or federal building. Important stuff.

You might have seen the signs asking people to vote yes twice on Aug. 9 but not really known what it was about.

This is what it’s about.

The first yes is for a 1.2 mil bond issue to fund the construction of an expanded Fayetteville Public Library. Once these bonds are paid off, they will go away.

The second yes gives the library a further 1.5 mils for the operation and maintenance of the current and expanded library. This one is a permanent increase, which the library really needs to fund its continued awesomeness.

In all it is an increase to 3.7 mils from the 1 mil the library has received since 1948. It adds about $54 for every $100,000 in assessed property value, which should average out to about $2.44 a week to the average Fayetteville homeowner.

I don’t know about you, but we probably pay that much in late fees (joking; a little).

What Will We Get?

The current library is about 88,000 square feet; the expansion would add 80,000 more, including a two-story children’s area that would double the size of the children’s department (the teen area would increase by 50 percent).

A dedicated genealogy section, multipurpose room for special events and outdoor plaza are also part of the plan.

If all goes well the construction will be done and the new-new library open by 2021. I for one can’t wait.

Learn more about the election, including when and where to vote (early voting is Aug. 2-8 at the courthouse, and several polling places are open on the 9th) check out Build Fayetteville’s Future.

How do you use the library? I’d love for you to add your family’s story.

Read more: 5 Ways to Improve Literacy Where You Live