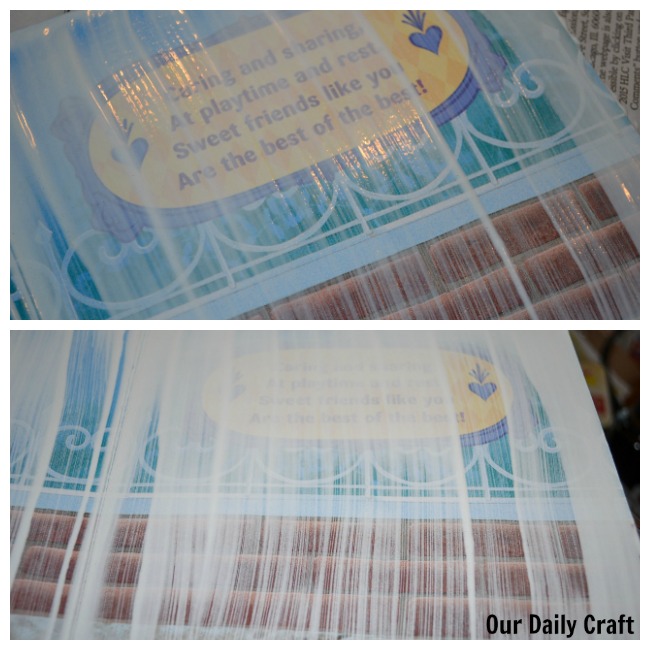 As I have been doing more painting and mixed media type projects, I have found myself delving into art supplies I didn’t know much about before.

One of my most-needed supplies right now is a white pasty substance called gesso. Gesso is a primer that’s used for preparing canvases and other surfaces for painting. It smoothes out the surface and makes it so the paint doesn’t soak into the canvas or other substance you’re working on.

Check out more uses for gesso you might not have thought of.

It’s typically made out of calcium carbonate, acrylic polymer latex and other chemicals (often including paint for whiteness) and makes it possible to paint on all kinds of surfaces with all kinds of paints.

I use a lot of gesso because I’m painting mostly on cardboard instead of prepared canvases. The trouble is, it’s pretty expensive. I have used Pro-Art Premium Gesso Canvas Primer

in the past, but I thought I’d look into the possibility of making my own gesso and see how it compared to the store-bought stuff.

Make Your Own Gesso Recipes

Searching around online, I found a variety of recipes. Crafting with Style has a roundup of recipes for gesso using plaster of Paris, dextrin powder and chalk and glue, for example. Pixie Dust has recipes using drywall compound and glue and baby powder and glue.

The most popular recipes I found hit on using talcum powder (or baby powder, which is talc with fragrance added) and glue, with or without the addition of paint to make it a different color if you like.

The recipe I ended up trying is from Such a Pretty Mess:

I mixed the first three ingredients and found it more solid than liquid, so I ended up adding 2 tablespoons of water to get to what I thought was something like the consistency of my store-bought gesso.

I wanted a side-by-side comparison so I tried my homemade gesso along with store-bought gesso on two surfaces: a kid’s book I was converting into an art journal and a piece of cardboard.

I thought that the homemade gesso looked a lot thinner going on than the store-bought version.

But once they dried, the look was more similar. Mine isn’t as white, but that probably has to do with the cheap, washable paint I used in my formulation.

My version feels more textured, indeed more chalky, and the lines of the brush strokes (I used a foam brush) are much more pronounced. The store-bought gesso side feels smooth even as you can see strokes, but on the homemade side you can feel every bump.

I felt like it didn’t cover the book pages quite as well, but again, as it dried there was less of a difference than I thought there would be. Both are semi-translucent. I have read that more coats will cover more thoroughly, so I may end up doing a second coat (of both kinds) on the book to make it a little less see-through.

I painted my cardboard a solid color to test the gesso, and it felt like it took more paint to cover the homemade side, but that could have just been because of the added texture. (And when dry, the homemade side looks like it got more coverage, because it did.) Both sides look good, but they do look different.

I haven’t used make your own gesso enough to definitively say it’s better or worse than the store bought. There are pros and cons to everything, but while I’m practicing and playing I think the homemade stuff is worth it.

It’s fun to make your own supplies, and the texture the homemade gesso adds is interesting. If I wanted a super-smooth surface, though, I’d probably thin out the homemade stuff even more or spring for the store bought.

I made gesso again and made a quick video showing how I do it and how I use it. It works great!

Do you use gesso? Have you ever made your own? I’d love to hear your thoughts.

Want more creative tips and inspiration? Sign up for my newsletter!