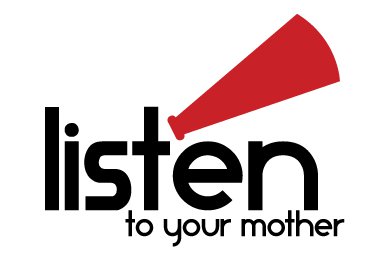 Last year I tried out for Listen to Your Mother with not so good results. But it made a good story for the blog. This year, I’m happy to report I will be a part of the cast! Locals, the readings will take place Thursday, May 30 at the Walton Arts Center. Get tickets quick; it’s in the little theater and will sell out. In celebration of getting to take part this year, I thought I’d share the essay that didn’t quite make the cut last year. Enjoy!

A mom friend of mine recently reported that her three-month-old slept for 11 hours straight. While the other moms of sleepers congratulated her for hitting that milestone, I thought for a second about whether my 2-year-old had ever slept that long at a stretch.
It only took a second, because I know she’s never come close. Her idea of sleeping through the night, on the best days, is going to sleep around 8 and coming to our bed around 5. Sometimes she sleeps more with us, sometimes not.

And those are the good days. The bad days are the ones with five wake-up calls. Where she starts crying “mama, mama” an hour after I went to bed. And an hour after that. And 10 minutes after I left her room, sure she was finally asleep.

Those are the nights when every sound on the monitor sends a chill of terror through my body, sure that every little cough or the heater coming on is going to precipitate another hour at her bedside trying to get her back to sleep.

When I ask her why she cries in the night, she says, “I sad.” When I ask why she’s sad she says, “I need my mama.” She’s two and she’s already got the guilt thing down.

I don’t know why she doesn’t sleep. Personally, I love sleep. It used to be one of my favorite pastimes. I’d spend whole afternoons lounging in bed, or napping on the couch. If anyone asks me about what it’s like to be a parent, I always say the worst thing is not having control over when or how much you sleep.

If my husband and daughter were magically removed from the scene for a weekend, I’d probably spend most of it sleeping. I would have a torrid fling with my pillow.

I’m convinced that only moms with good sleepers ever really talk about sleep. They’re the ones ruminating about the marathon sleep sessions (because those of us with bad sleepers never see such a thing), but they’re probably also more likely to complain when they have a bad night.

The mom of the 2-year-old who slept through the night on her own since 9 months absolutely knows what she’s missing when she doesn’t get that. Those of us who haven’t had a good night’s sleep since before we got pregnant only hazily remember what uninterrupted sleep is like.

Also, I think we don’t complain – or stop complaining pretty fast – because we don’t want to hear every other mom’s advice on how to get our kids to sleep. Sure, your angel may have been fine after three nights of crying it out, but my dear threw up all over herself and her crib on night one. There was no night two.

Having a kid who sleeps through the night doesn’t make you a sleep expert. It might mean you just got lucky; at best it means you’re an expert on your kid’s sleep, no more qualified to offer advice about my child than a person without kids. If all moms understood that, and not just about sleep issues, we’d all be happier, but that’s a topic for another day.

I think most people imagine that most kids sleep pretty well through the night, especially after a year or so. Sitting on the floor of your toddler’s room at three in the morning, blocking the opening in the crib wall so she can’t escape, again, it certainly feels like you’re the only parent going through it.

In my more lucid moments I realize I’m not alone, that there are probably just as many parents having my experience as there are those who get the three-month sleeper. We’re just not talking about it in public.

And when I’m having a really good day – when it’s been a while since one of those five-wake-up nights – I can remember that this period of life does not really last all that long, even though it seems like forever when it’s happening. It’s often been said that the days are long and the years are short when you’re a parent, and that’s certainly true. And even among the bad times, there are moments of tenderness and sweetness.

Watching your child, someone you made with your own body out of stuff you had lying around, fall asleep, can be really sweet, especially when you haven’t already done it three times that night.

Sometimes she would want to hold my hand through the slats in her crib. Now that she has a real mattress, she asks me to lie down with her all the time, which I comply with by putting my head on her pillow. Sometimes just the tiniest touch, or not even a touch, will comfort her back to sleep.

Sometimes it’s the most annoying thing in the world that she never calls out “daddy, daddy” in the night, but sometimes – admittedly pretty rarely – it is kind of nice to know that mama is the only thing that will do.

And when she comforts her dolls and uses the same phrases I do, I know that she’s already learning from my example how to be a great caregiver. Regardless of whether she ever has kids, the way I treat her in the middle of the night is impressing a spirit of love and compassion on her that would probably be there anyway but that’s no doubt reinforced by all the focused attention she gets.

I hope this will somehow imprint on her heart in such a way that she will always know that she was and is loved, even when we’re no longer around to tell her. Even when she’s a teenager and it’s really hard to tell her.

And, for her sake, I hope if she ever does have kids, she gets the ones who sleep.