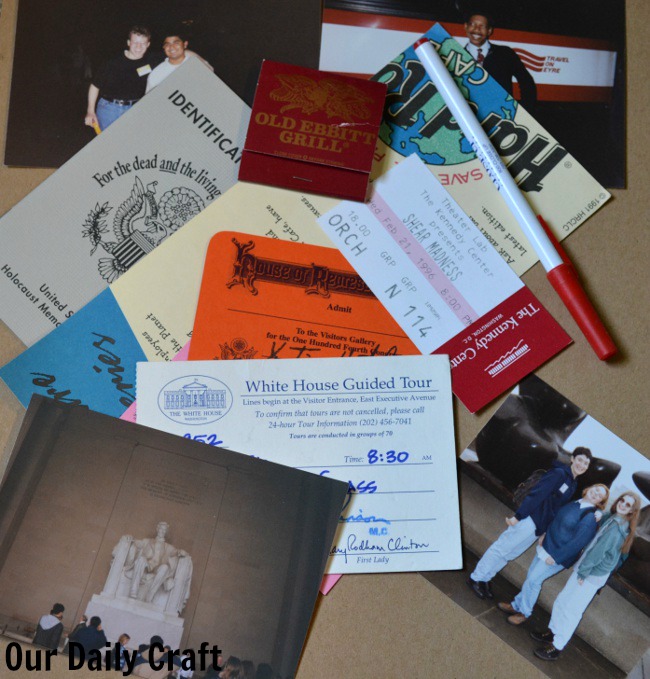 I’m not going to get all “Glory Days” on you, but the more I think about it, 1996 was the year when everything happened.

My senior year in high school was also the year I started dating my husband. My grandmother and one of my favorite teachers died. There was the pain of not being around friends who’d graduated or moved away, the beginning of understanding that everything wouldn’t always be the way it always was.

Everything seemed hard, like there was a fight or drama going on constantly, and there probably was, as you’d expect when you fill a journalism room with a bunch of creative, passionate, emotional teenagers. And then kill their mom figure. We loved hard and irritated each other just as much.

I mostly really didn’t like high school. I felt alone, awkward, out of place just about all the time. But there were times, places, people that were home to me, that made me feel normal, or at least like there were more freaks like me in the world, anyway, which is all any of us ever needs.

It was also the year, exactly 20 years ago today, when a handful of kids from Fayetteville joined up with a bunch of kids from elsewhere in Arkansas, Iowa, Ohio, Texas, Florida, Washington and Hawaii at a weeklong event hosted by the Close Up Foundation in Washington, D.C.

I know this because I still have my boarding pass, housed all these years in a shoebox — from the high-heeled, clear plastic jelly shoes I wore to prom — with other little things from that amazing week, and a small stack of letters that came later, from a couple of the people I met there.

I still remember so much. Karen and I roomed with two of the Hawaii girls, who were sad it didn’t snow because they’d never seen snow. They gave us leis made out of microwaved Styrofoam that looked like shells. Mine stayed intact until the girl played with it when she was younger and broke one of the strands.

I remember our legendary bus driver, Kenny, and singing “California Love” (it was new back then) as loud as we could.

We visited a lot of the classic places, of course — the Lincoln and Jefferson Memorials, the Capitol, the White House, Arlington. I have a cherished picture of me huddled up with Terry and James in the corridor outside the rare women’s restroom in the Capitol. Those guys were so fun, kept me laughing constantly. 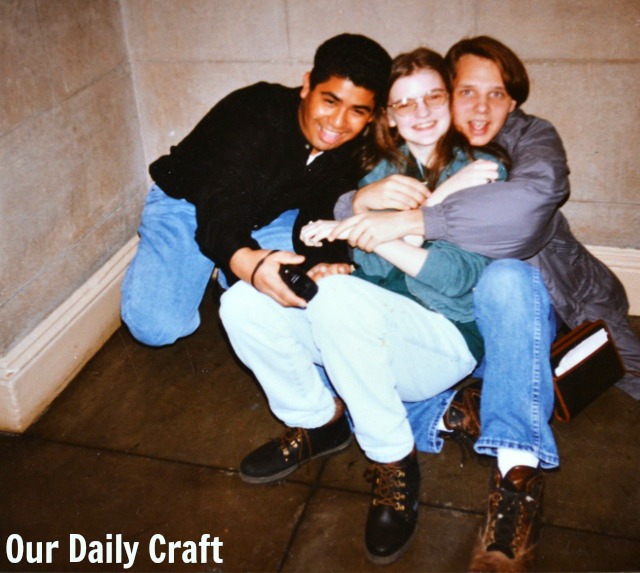 We saw a show at the Kennedy Center, did what seemed like the fastest run through a couple of Smithsonian buildings, talked policy and social issues and went to Ash Wednesday service on the Hill just for the experience of it.

I remember giving a speech the last night about how we learned through our time there that we were more alike than different.

And I remember making instant friends with probably a dozen people, falling half in love with a couple of them (as was my way back then) and pretty completely in love with one of them.

That week stays with me to this day because these were people who made me feel less lonely, more valuable, more powerful, more myself than those people I saw every day at school.

And though we were actually together and in each other’s lives just the tiniest bit, these people helped shape me. They gave me confidence, support and love (such as we knew it) that I needed so much at the time, and I’ll always remember them for it.

It’s conceited to think they would feel the same way, that somewhere those people are wishing they knew what happened to me (and, hello, I’m all over the Internet if they wanted to look, though my maiden name, Sarah Glass, is shared by a character on “Seventh Heaven,” which makes me a little harder to find).

But like the Paul Simon line, we want “remember me as I remember you.”

Filling in the Blanks

And it’s selfish to want to know, I guess. These people were a flash in my life 20 years ago. What right do I have to know what happened to them?

What it comes down to, more even than the specifics of where they ended up, with whom and what they’re doing now, is that I want to know they are happy.

I want to know if they got what they always wanted, or something even better.

If I never know, of course, that has to be OK. But I do from time to time feel like I need to try. It leads to lost days trolling Facebook and Google, trying to find clues, and making up my own stories when I can’t.

And maybe my stories are better. I can pretend Matthew is that comedian (or UK football player) who shares his name. Maybe Travis got married, has three kids and, because of his sweet, kind heart he became a school guidance counselor.

[Tweet “We can’t really fill in the stories of the people we miss, but sometimes we still want to try.”]

I love the stories I do know. Scott — who I managed to keep in touch with somewhat over the years — is in Colorado, a doctor with two kids of his own. Terry, who I recently found on one of those Facebook hunts because he has a less-common name, is still in Texas, working in IT. Other friends from other times who I’ve kept in better touch with are living their own creative lives and struggling with the difficulties of doing that.

The real stories are harder and so much more beautiful than I could imagine.

The real people are so much more of a treasure than what I can concoct in my mind.

I wish it were possible to let them know I’m thinking of them, to tell them psychically to come and find me. There’s an old friend here who wants to know how the story goes. To pick up the scattered threads of memory and stitch together your story.

To know that somehow it all worked out. That you persevered and prevailed and have a good, hard, beautiful, messy life.

That’s what I want for all of you. I just wish I could know the next part of the story.

I wish I could be there to see it.