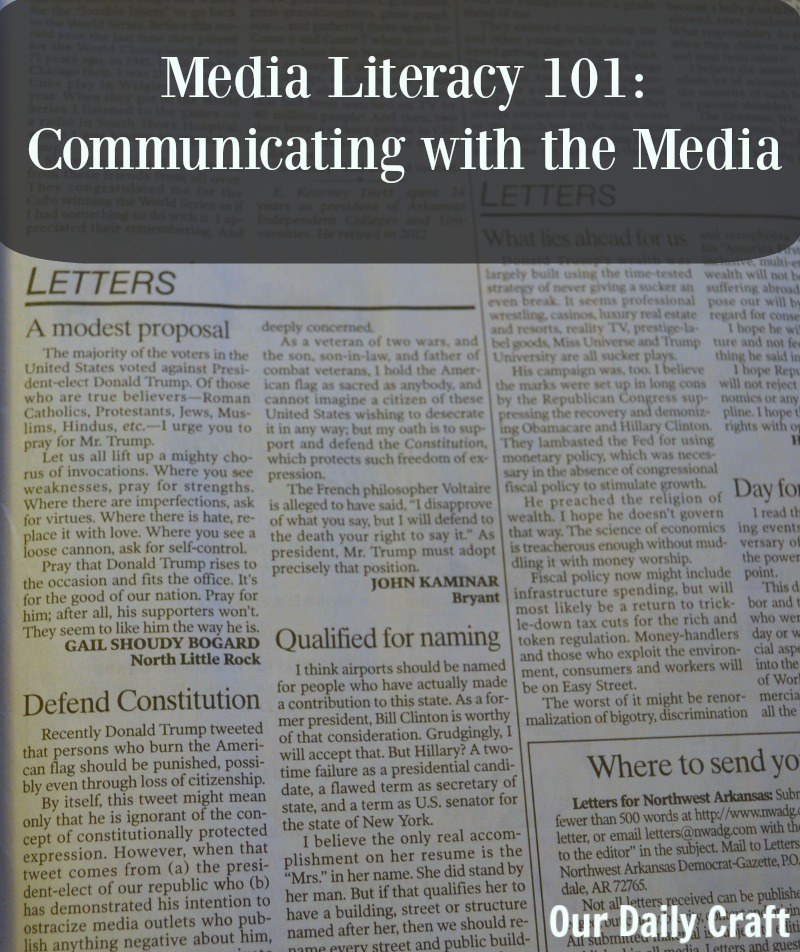 One of the things that I think is going to be so important in the coming years, regardless of what political views you espouse, is for people to really work hard to stay informed about what is going on, a sort of media literacy 101 on a level a lot of people might not have experienced before.

The proliferation of fake news, of untruths being considered valid opinions, makes it harder to discern what is really happening, but we need to know so that we can support those people who are standing up for what we believe and protest when our representatives and others are not following the standards we would prefer.

I mentioned this in my to-do list for where we are now, but it’s vital if you want to stay informed to support journalism on all levels. (This post is mostly about newspapers but I have a lot more to say on media literacy in general, so we’ll probably get to other parts of the media eventually.) 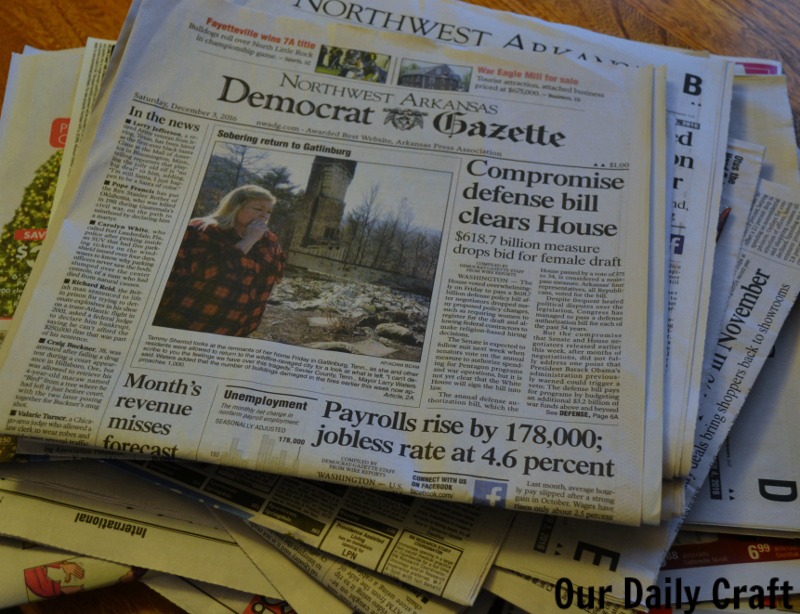 It is so heartening to me to see the huge jump in digital subscribers to the New York Times. They’ve reported 200,000 new subscribers this quarter, which is 10 times the rate for the same period last year (I’m one of them). The week after Election Day saw the biggest increase in subscribers of any week in the previous five years.

There are several other great “national” newspapers out there that would be worthwhile to support as well. These papers have the resources to report in Washington the way even statewide papers can’t anymore, so it’s really important to send some money their way for that work.

But you should also subscribe to your local or state paper. No one else is going to cover your state legislature, your city council and quorum court (if you don’t know what that is, it’s like a city council for the county).

No blog is ever going to have the resources to report on what’s going on in the schools, with the local police force or all the other things we need to know about that affect our daily lives, often more than decisions happening at the national level. Even if they aren’t doing big investigations, having the infrastructure in place to cover beats is invaluable and irreplaceable. 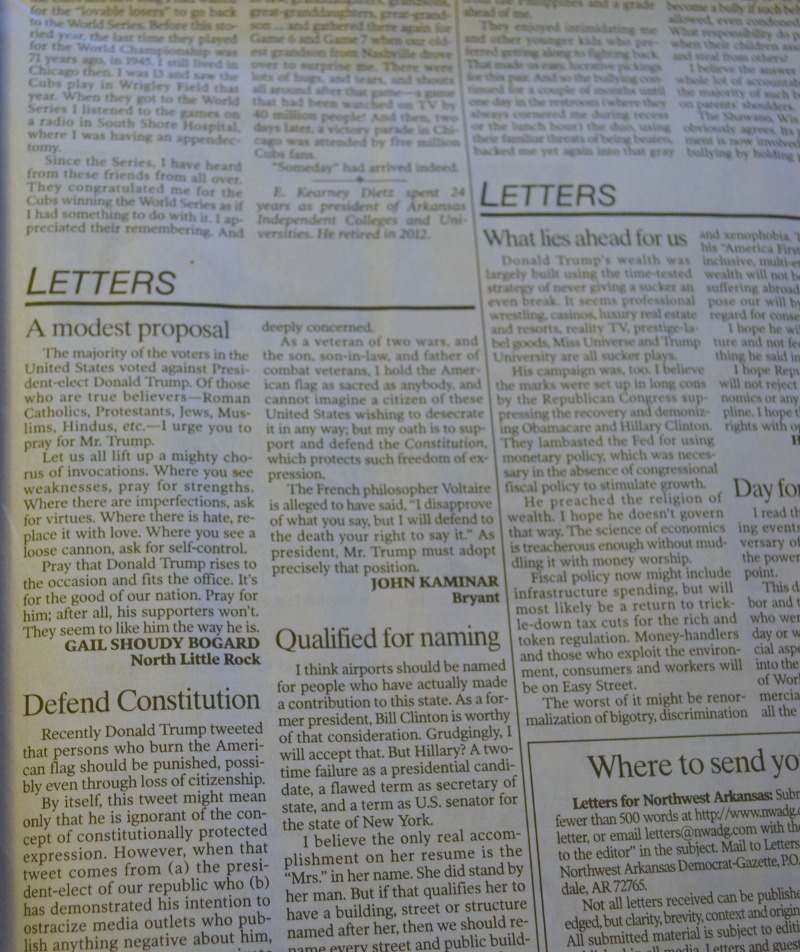 I’ve read that the most read part of the newspaper is the letters to the editor section. I believe it, too. It’s always fun to see what other people are riled up about.

But it’s also a great way to communicate with the newspaper and to share your thoughts about what they are doing, or issues in the news in general, both positive and negative.

Even when you’re being critical, though, I hope you’ll remember that journalists are people. They have hard jobs, work bizarre hours and days, including holidays, their pay is crap. And people feel like they have the right to personally attack them for doing their jobs. Don’t be that person.

It’s fine to disagree with how the paper covered something, but they really need our kind criticism when we see coverage we don’t like or when we feel like they’ve gotten it wrong, been too easy on someone or taken the wrong position in an editorial.

But respect is so important. Just because the president-elect is rude to the media does not mean it’s OK for the rest of us. 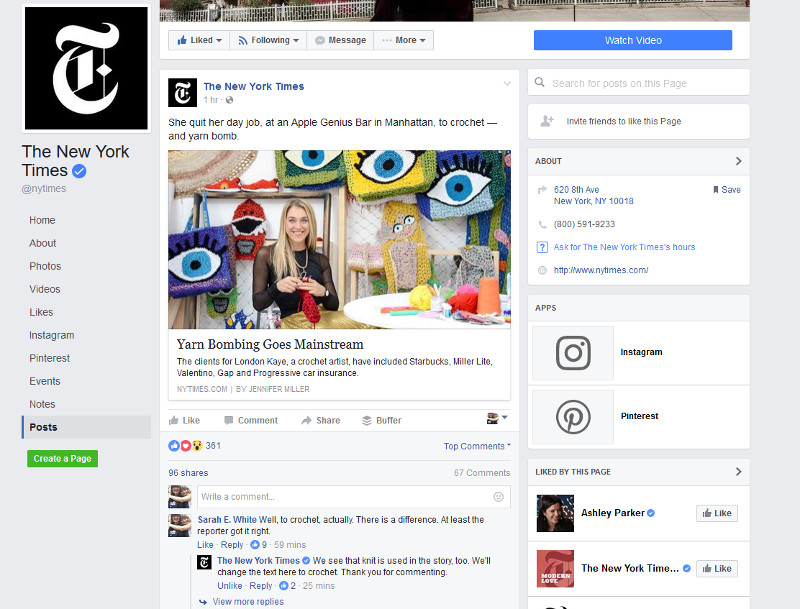 Normally I stay away from the comments sections on stories, whether on newspaper websites themselves or on Facebook or Twitter.

But last weekend I had an interesting experience that made me rethink the whole thing.

There was a story in the New York Times about a woman who is professional yarn bomber in London, meaning she crochets objects that are used outdoors or in store windows to attract attention.

The story was great, but the headline on Facebook said she quit her job to knit.

Now, if you’re not a knitter or a crocheter you might not see the problem, but the biggest pet peeve of fiber folk is when knitting and crochet get confused, or when people assume they are the same thing.

So I wrote a comment that was admittedly maybe a little snarkier than it should have been about that there’s a difference between the two and at least the reporter got it right.

I expected that to be all. I had done my knitterly (and former newspaper copy editor) duty in correcting a mistake and went on with my day.

Until someone from the New York Times responded.

Someone was actually reading the comments on a story on Facebook on a Sunday afternoon and responded to a call for a correction. And fixed it. And thanked me for commenting.

I’m guessing it is probably a social media intern who gets that undoubtedly thankless job, but does it give you pause to think that it’s someone’s job to read those comments?

Do you think maybe you’d be a little kinder if you knew someone was reading them?

It’s probably not always true that someone at the publication is reading every comment, but maybe they are. So definitely be nice there, too, but if you have something you really want the paper to know, write a letter to the editor or give them a call.

Really, they’re just people and they want to do the best job they can. And they need our support as well as our criticism.

Do you ever write letters to the editor or comment on articles online? Have you ever gotten a response? I’d love to hear about it!