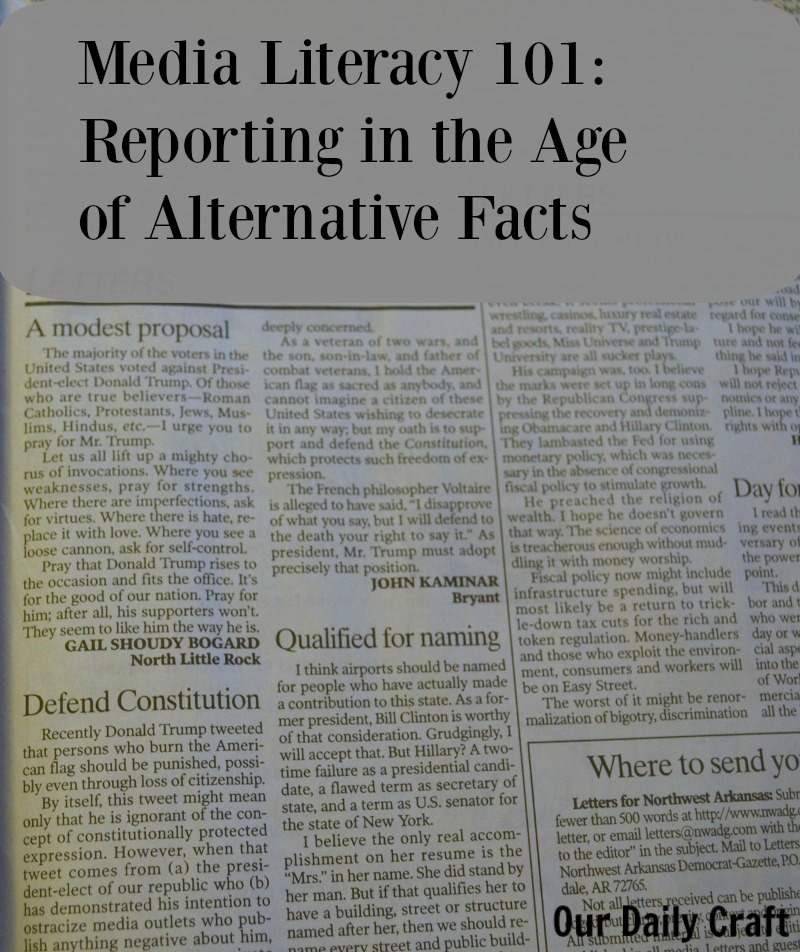 A lot happened in this first weekend of the new administration that might have people wondering about the state of press freedom, access and coverage coming out of Washington. Even before the inauguration the new administration was talking about changes to the way things are communicated to the press, with the possible elimination of daily briefings and changes to who is allowed in the press room.

It was more a spoken press release than press conference. No questions were taken. And the topic — upbraiding the press for reporting crowds at the inauguration were small — not only wasn’t news, the statements he made trying to prove the crowds were bigger than Obama’s last inauguration just weren’t true.

So now we’re living in a world of “alternative facts,” also known as lies (or, as the Washington Post put it, we’ve “gone full Orwell”).

The Press is There to Get the Facts

Here’s one thing you should know about the media: they don’t deal (as much as possible) in alternative facts. They work hard to verify what really happened, using multiple sources when possible or, say, comparing photos of recent inaugurations for a visual clue as to crowd size.

What’s going to be important for the media and its consumers in this administration is getting out of the briefing room and doing actual reporting. Stories may start with the press office but they can’t end there. 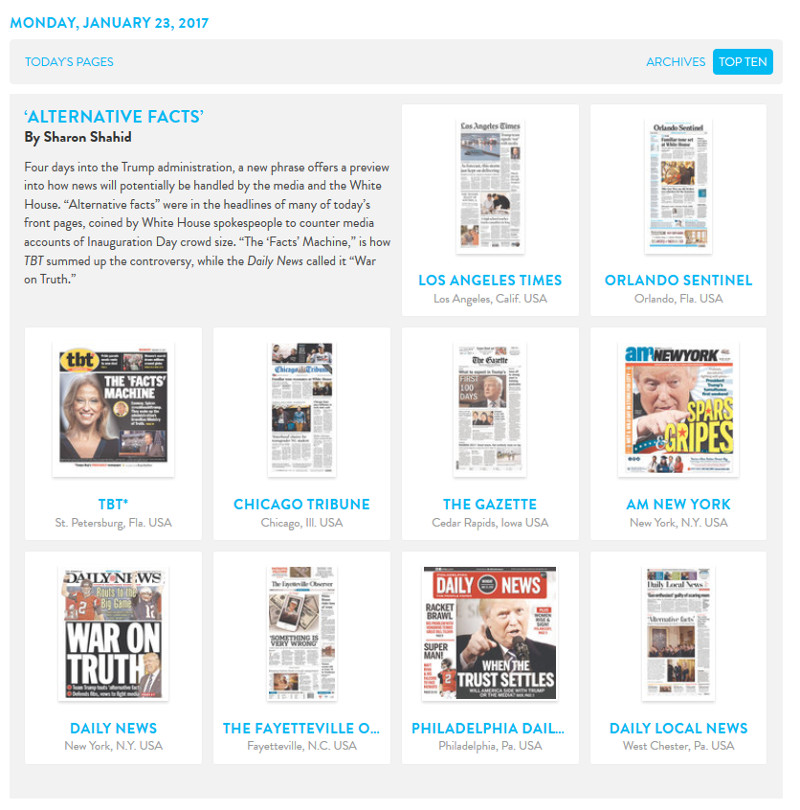 Facts must be verified by other sources. When they can’t be, the truth must be uncovered and reported. I think the New York Times did a great job with its coverage of the president’s first day, refuting the administration’s statements about crowds and his feelings about the CIA right in the same sentence, as well as offering a rundown of all the lies offered so far, from the fact that it didn’t stop raining during the president’s speech to the fact that the grass coverings that made the crowd look small had, in fact, been used in the past. (They also ran a ridiculous story about how the poor men of Montclair, New Jersey, coped when all the women went to march. No publication is perfect.)

Reporters are going to have to provide context for statements because this is a person who likes to say he didn’t say things he’s on record as saying.

There Are No Alternative Facts

It can feel a little like bias when every statement from the administration is refuted in a news story, but the alternative would be to allow the president and his people to persist in their campaign of alternative facts.

The facts have no bias.

Learning about How Stories Are Reported

Now might be a good time to up your media literacy game and read how multiple sources cover the same story. You can go with several major newspapers, TV networks, websites or a combination, or throw in some sources that tend to be biased like MSNBC or Fox News to see the difference in coverage.

A great example is coverage of the women’s march. An analysis of the front pages complied by the Newseum found that 22 percent of the papers didn’t include the story on their front page, and 27 percent had it on the front but not as the lead story.

It’s also a good time to start paying attention, if you don’t already, to reporting about the media that looks at how different stories are being covered and what it means. Follow Dan Rather and Bill Moyers on Facebook. Check out Media Matters, Pro Publica, Poynter and the Columbia Journalism Review. Listen to On the Media.

Look at front pages from different papers (the Newseum posts front pages daily and archives them for big events) to see how the same events are covered around the country.

Pay attention. Listen to the language used — not lies, but alternative facts, or someone saying the truth is just one opinion.

Follow news outlets that do their jobs, call out that language and remind readers that verifiable facts aren’t actually up for debate.