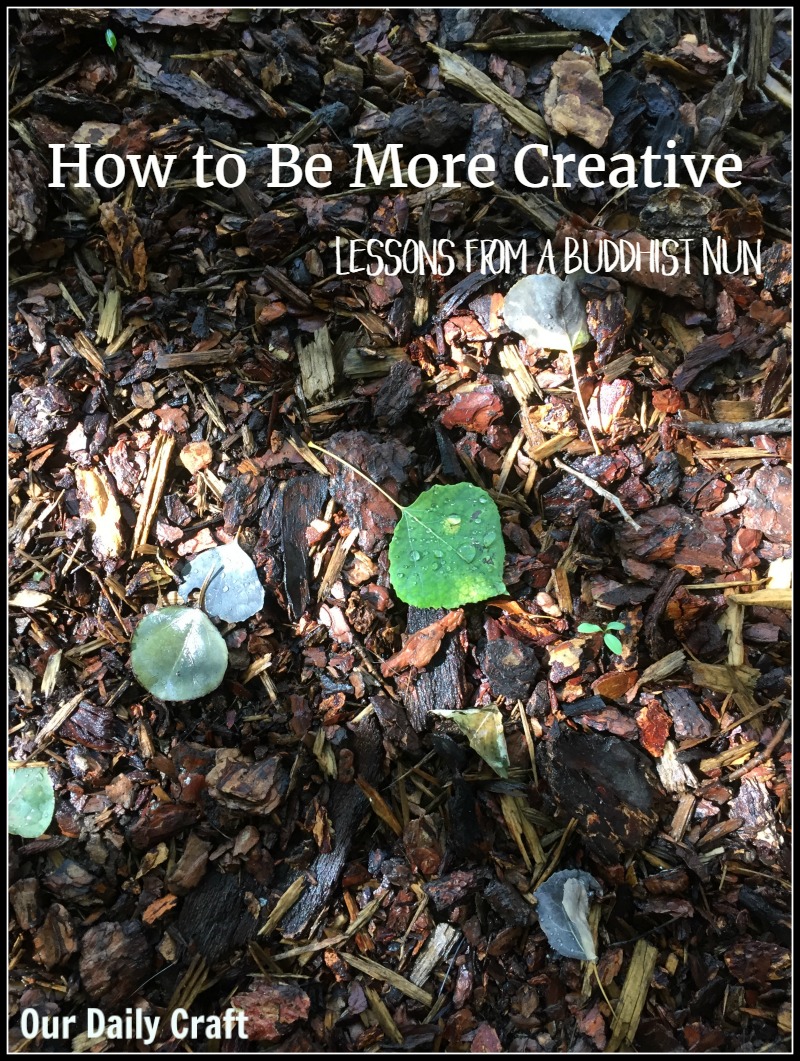 What can a cooking Buddhist nun form South Korean teach us about how to be more creative? A lot, actually.

It seems a strange combination, even to me, but I love watching shows about food while I work out.

Looking at beautiful food is inspiring, and somehow it doesn’t make me hungry (well, the Sean Brock season of The Mind of a Chef did, I’m not made of stone). And sometimes it changes the way I think about things.

But I didn’t expect to be so floored by the observations of a Buddhist nun featured on Chef’s Table.

Jeong Kwan and the Art of Creativity

Chef’s Table is a Netflix-produced series now in its third season. Each episode features a different chef from places all around the world, looking at what inspires them, exploring how they cook and telling a bit of their story.

The first episode of season three features Jeong Kwan, a Buddhist nun from North Korea, who might still be unknown if not for catching the interested of Eric Ripert, renowned French chef and Buddhist, who traveled to her monastery and eventually brought her to New York to cook a dinner.

That meal converted New York Times writer Jeff Gordinier, who called it life changing in the Chef’s Table episode. He traveled with Ripert to Kwan’s monastery in South Korea to write a story for the New York Times Style Magazine.

Ripert, Gordinier and Kwan tell the story of her cooking, “temple food,” as she calls it, which is vegetarian, does not use garlic or onions and is full of the spirit of Buddhism.

She explains that garlic, onion and the like arouse the spirit in such a way that is distracting to meditation, so she makes food that is calming to the spirit.

She’s pretty calming to the spirit, too. Gordinier and Ripert note that she cooks with time as much as the ingredients themselves, whether that’s waiting out the growing season or making years-old kimchi or soy sauce.

How to Be More Creative, the Buddhist Way 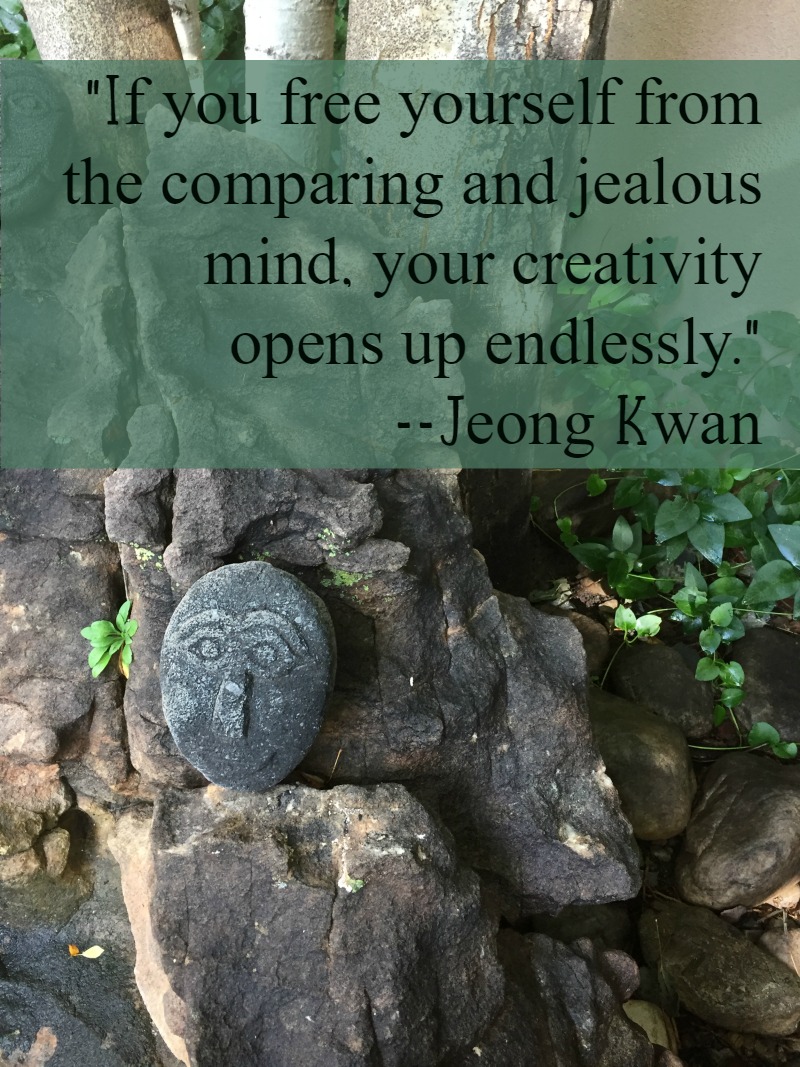 What does all this have to do with creativity? Ripert and Gordinier both note that Kwan’s cooking is completely without ego, and that’s the key to creativity, she says:

Creativity and ego cannot go together. If you free yourself from the comparing and jealous mind, your creativity opens up endlessly. Just as water springs from a fountain, creativity springs from every moment. You must not be your own obstacle.

She goes on to say that without ego “there is no way you can’t open up to your creativity.”

Simple, but so difficult to do in the modern world where we don’t live in hermitages and spend our days meditating, gardening and cooking.

Ripert said he learned some things from Kwan that have to do with cooking but definitely give us some insight into how to be more creative in general. He says he learned about “being in the moment, respecting ingredients, making people happy, how to be happy in the process, how to put good energy into the food.”

So how do we do that? How do we let go of ego, be in the moment, respect our tools, use our art to make people happy and to ourselves be happy in the process?

It’s all about energy. Being in the moment. Not being wedded to a particular outcome to the point that you’re disappointed if it doesn’t come out “right.”

Being happy while you are creating, and happily sharing with the world without expectation of what other people’s reactions will be.

Again, it sounds totally simple and it is not.

It can take a lifetime to learn these lessons.

But the cool thing is, we get the chance to try again, to do better, every day. Every time we sit down to create, every time we put something out into the world.

I’m up for the challenge. Are you?