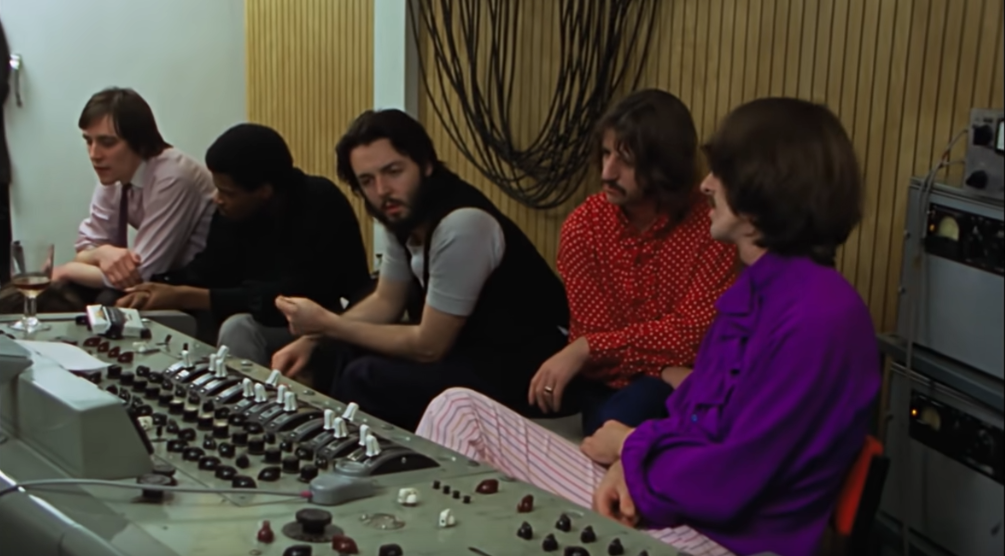 Like most people I know who have access to Disney+, I’ve recently been watching the nearly eight-hour Beatles’ documentary “Get Back.” Probably unlike a lot of people, I’ve been seeing creativity lessons everywhere.

Creativity Can Be Boring

One of the primary feelings I felt when watching a lot of this project was boredom. I was bored watching them (do we really have to talk about where we’re going to do the concert again?) and I’m sure they were bored doing it, too.

Of course if you’re a musician making music is fun, but slogging through the same songs over and over, trying to come up with the words to fit a tune? Not so much.

But boredom can actually be really helpful when it comes to creative thinking. Letting yourself be bored causes you brain to do things to entertain itself.

It might make you doodle during a meeting or turn “Get Back” into a protest song.

It Can Be Fast or Slow

Sometimes you get an idea and it works out just right the first time. You can imagine a painting or a sweater or start messing around because one of your band mates is late and make something really great.

Or you can spend days making nothing. Trying but having to rip out or paint over or try again because whatever you made isn’t right. Both are important and natural and you can’t skip over the step of making bad stuff to get to the good stuff faster.

I also loved the bit where George is talking about how he got an idea (I think it was for “Old Brown Shoe”) and that John always told him to write it straightaway when you get the idea. So he tried to do that, even though John admitted he didn’t really do that himself.

But that’s a lesson within a lesson: when it’s going good, keep going.

Creativity Lesson: accept the process and that good work takes the time it takes.

You Need to Consume to Create

There’s a cool part in “Get Back” where George is talking about watching a sci-fi film on BBC the night before, and the show following was something something about royalty or upper class folks, anyway, and it inspired him to write the song “I, Me, Mine.”

The content of the song is also inspired by his study of the Baghavad Gita and the idea of a universal consciousness without ego.

I’m sure he didn’t turn on the TV that day expecting to be inspired but seeing those fancy people dance their waltz turned into a song for him.

I know there are people who don’t read while they are writing, for example, or who try not to look at art in their genre when they are creating so they aren’t influenced by other people’s work.

But I feel like it’s important to consume a variety of things because you never know where inspiration will come from. As a knitter I know we are often inspired by fashion, of course, but knitwear designs have been inspired by architecture, plants, tiled mosaics and all sorts of other things.

The Beatles are always playing other people’s songs throughout their practice sessions, and you feel how the whole of American music, British folk songs and everything else have melded together in their work.

Creativity Lesson: everything is fodder for your creativity, so take in as much as you can.

Get By with a Little Help from Your Friends

Of course “Get Back” shows the Beatles at almost the end of their creative relationship, but you can still see moments of them collaborating. Even these songs were mostly written by several members of the group, and of course the Lennon/McCartney partnership is legendary.

Even if you don’t actually collaborate with other artists, its great to have a creative squad on your side to cheer you on.

Just someone (or several people) who can help you celebrate your wins and remind you that you can do hard things makes the creative life so much better.

And talking about creative stuff, what you’re reading and listening to and getting inspired by, makes some of those random connections that can inspire even more creativity.

Creativity Lesson: Find some creative friends — in person or online — that you can share your work with.

The biggest takeaway is that creating can be like magic. When the right people, circumstances, creative inputs and time come together, you might just make something people will still be talking about in 50 years.

Or not. But it’s still worth the effort for that feeling of having made something good.

Did you watch “Get Back”? Did it inspire you? I’d love to hear about it!

“Get Back” is available now on Disney+, or you can watch the playlist from Disney on YouTube.