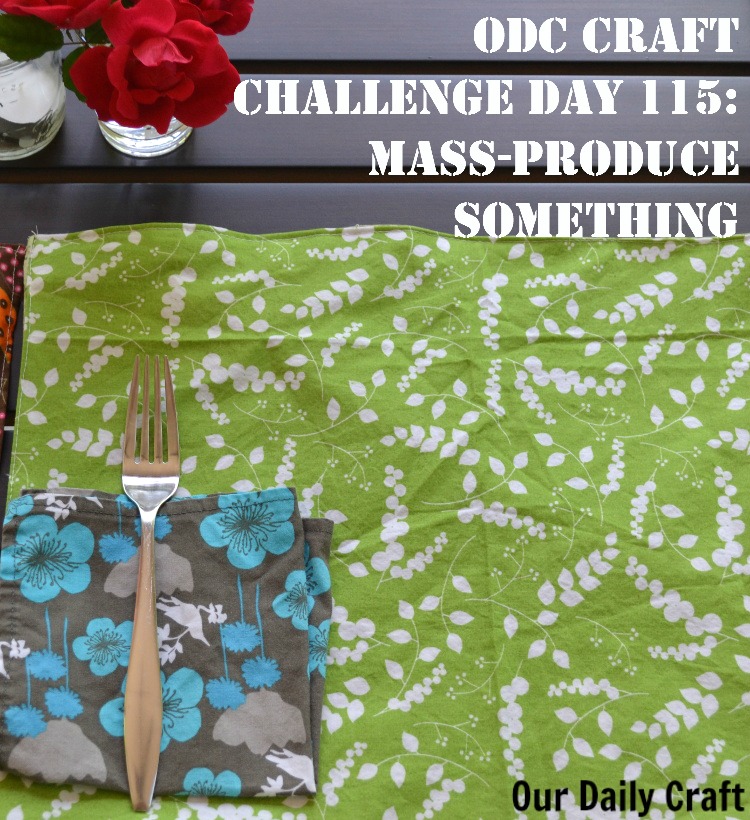 I’m on a bit of a sewing kick, and a food-related sewing kick at that, so when I thought of today’s challenge to mass-produce something, I quickly settled on making some simple placemats.

I basically used the reversible placemat pattern from Rae Gun Ramblings, but it’s such a simple project you don’t really need a tutorial.

You do need fabric of various sorts, scissors and a sewing machine. 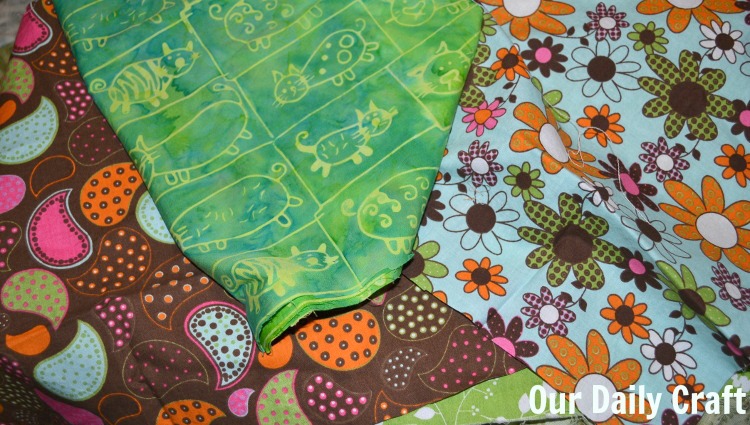 I used a purchased placemat as a sort of template, sometimes remembering to cut it a little bigger for seam allowances and sometimes not. There is no ideal size for placemats, so it’s not a big deal.

I used some really old fabric I never quite knew what to do with, a couple of fat quarters (which are a great size for this sort of project, by the way) and some other random stuff that was easily accessible.

Cut out a bunch. I did eight pieces, or enough to make four placemats.

Choose which fabrics go together and place them right-sides together in stacks of two. 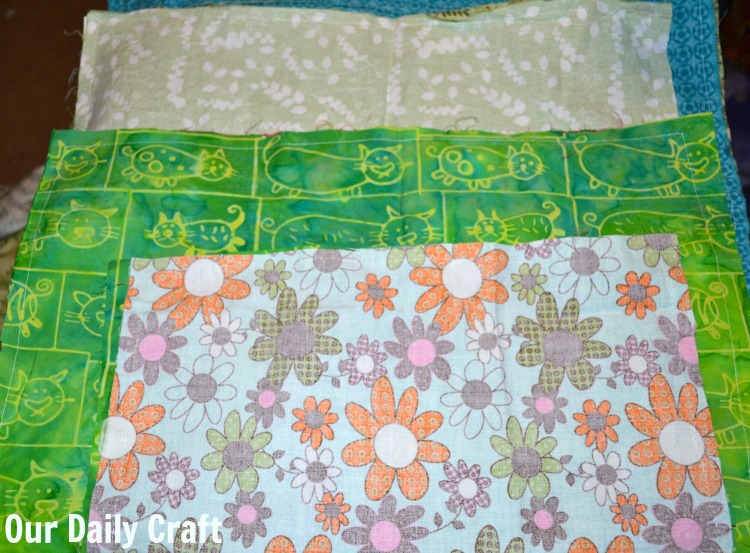 Sew around the edges, using a quarter-inch seam, and leaving a few inches open to turn it right-side out when you’re done (the linked tutorial wisely suggests you start in the middle of a side and not leave the unsewn bit at a corner, but I didn’t listen and it turned out fine).

Sew the whole stack, then turn them right side out, making sure the corners are pointed all the way out. (Use a finger or a knitting needle to poke them out.)

Fold under the edges on the unsewn part, then stitch all the way around the placemat on the outside, making sure you secure that part of the edge that wasn’t already sewn. 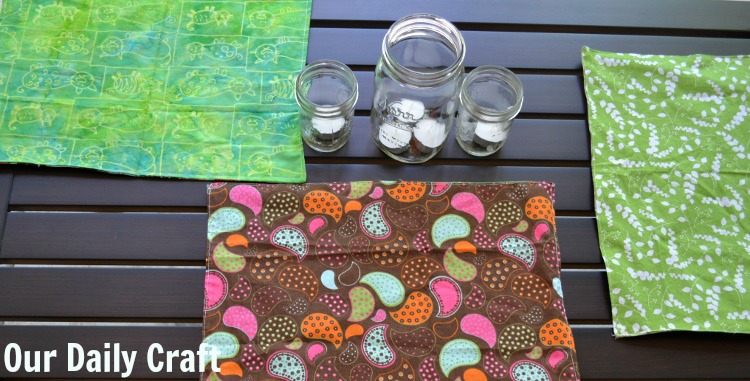 Making four at once didn’t take much longer than making one would have, and it’s fun to end a sewing session with a stack of finished goods instead of a single thing.

Not into sewing or don’t want simple placemats? Make a stamp or use a stamp you already have to make a series of cards or some DIY stationery. Make a ton of pom-poms to put on different projects. Cut out stars to make a summer bunting. Whatever sounds fun that you can make more than one of in a day.

If you give this a try, I’d love to see what you made. Tag me on Instagram with #ourdailycraft.