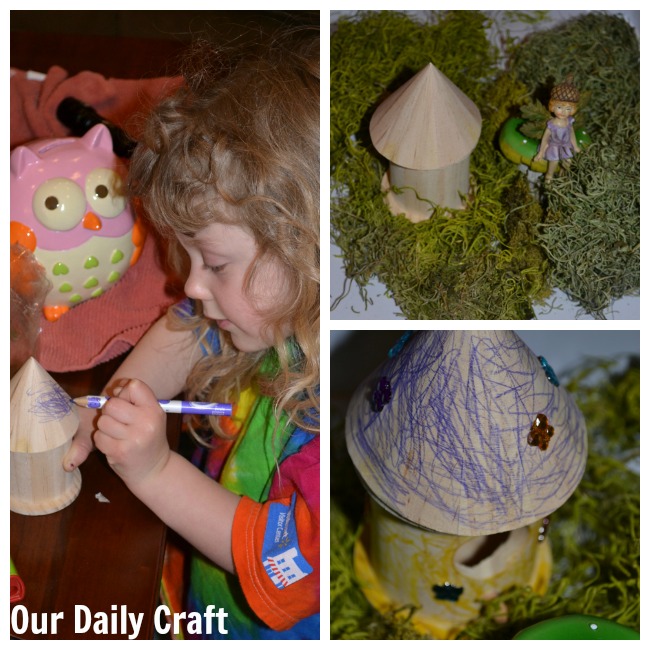 A friend of the girl’s was having a fairy-themed birthday party over the weekend, and I thought it would be fun to make her a fairy garden kit for her present. As I was thinking about it, I knew I needed to make one for the girl, too, because I was sure she would love it.

I was right. As soon as she saw the present-in-planning, she wanted to play with it, too.

So that’s what we did in that low period before the party, and she loved it. She played with it a bit more when we got home, too.

It’s pretty easy to put such a kit together — whether for a gift or for your own child — and it can be more or less homemade depending on the time and resources you have to devote to the project.

I was pretty low on bandwidth last week so I bought most of the materials for mine.

Almost everything in my kit came from Jo-Ann, and at least last week a lot of this stuff was on sale (spring stuff was 40 percent off and flower arranging supplies were buy one get one half off) so it was relatively economical.

In the kit for the gift I also included a little sign that said “fairies welcome,” a few bottles of acrylic paint and a paintbrush. I put the driftwood pieces into a little bag along with some glass pieces, plastic beads and other little random bits that could be used to decorate the houses or the garden area.

I put all this together in a little box that I’m pretty sure a Melissa and Doug toy came in. Then I wrapped it in cellophane and added a gift tag (the girl demanded I make her one, too).

I gave the girl her supplies and a big white tray (which was supposed to be a serving tray, and which I think came from Hobby Lobby a few years ago) and she went to work spreading out her moss and arranging things.

Then she decided she wanted to draw on her houses. And add stickers.

She was a little upset because the fairy didn’t actually fit in the house, but I still think it’s cute.

The funny thing was, the activity at the party was decorating fairy houses. She wasn’t into it immediately since we’d just been doing it at home, but she eventually got excited about it. 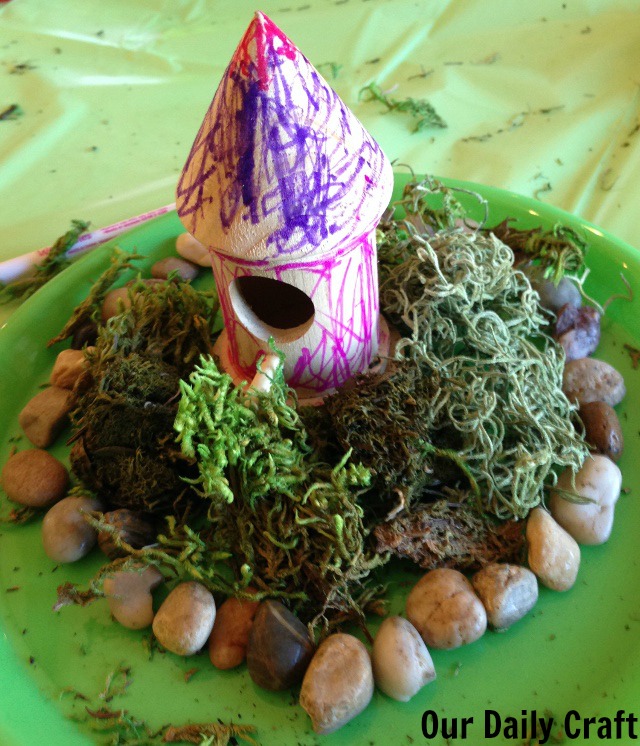 And because she’d had the same supplies at home (except for the rocks), she decided hers needed “landscaping.” And a rock fence. So cute.

This was really fun to set up, and she had a good time playing with the fairy, making her fly around and having her play in her garden. I hope this is something she comes back to again and again. And I’d love to make one outside, too.

Have you ever made a fairy garden, indoors or out? I’d love to hear about it!