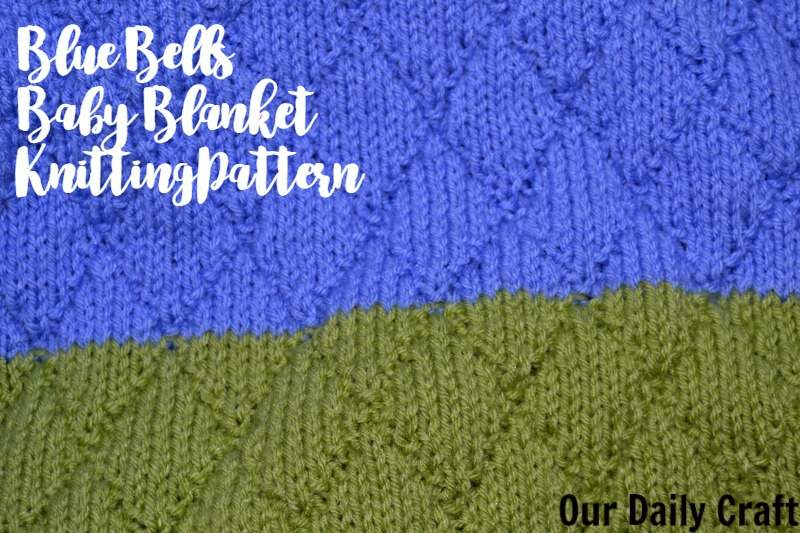 I’m trying to get back into the swing of things since school is back in session, and one of the things I used to do regularly that I miss is Iron Craft at Just Crafty Enough.

This week’s challenge was to produce something that could be entered at a state fair. While I didn’t actually get anything made, I am working on a project that I actually did once enter in a state fair.

Back when I was in junior high and high school, I was in 4-H so I spent summers working on projects to enter at the county fair. The summer before my senior year in high school a friend of the family was about to have a baby so I decided to knit a baby blanket to give them and also to enter in the fair.

I often started projects during the week of the summer I spent with my grandmother in Iowa, so this pattern came from her stash (and the pastel variegated yarn from the local Ben Franklin). I don’t know why the pattern was called Blue Bells, but that’s what it says on the top of the typed page she typed out for me that I still have, her typewriter font almost as distinct as handwriting. 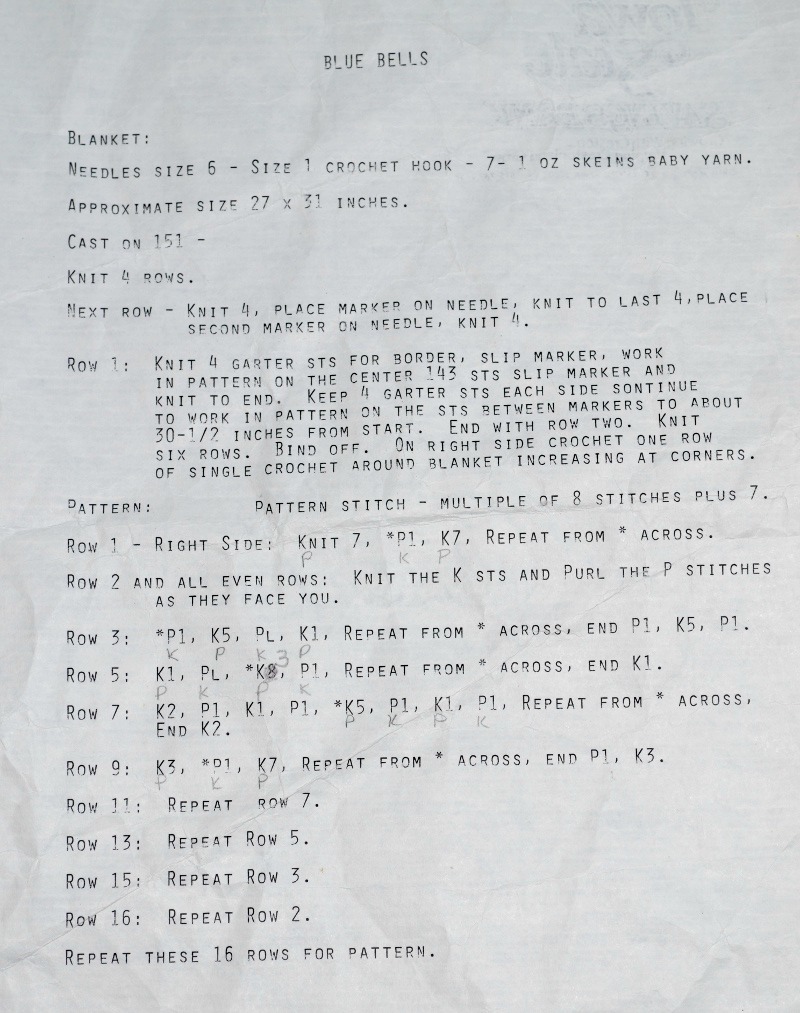 So I made the blanket, won the Grand Champion ribbon at the county fair and a red ribbon at the state fair. My mom thought I should keep it in case I ever had a child, and the girl used it a little before I accidentally ran a load of her clothes on the sanitize cycle and totally killed it. 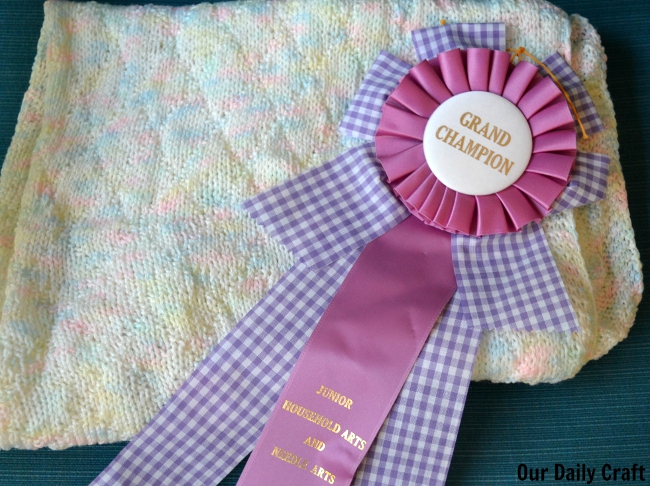 I still have the remains of the blanket (parts of it don’t look so bad), and I might try to edge it with fabric or something to be able to make is useful again.

Fast forward a few years and my cousin had her first baby. I decided I wanted to give her a blanket using the same pattern, and after putting it in time out for the summer (because I kept messing up a row that I’d knit perfectly up until the last pattern repeat) I have about 10 rows to go before I can send it to her. I hope it will be done by the end of the week. 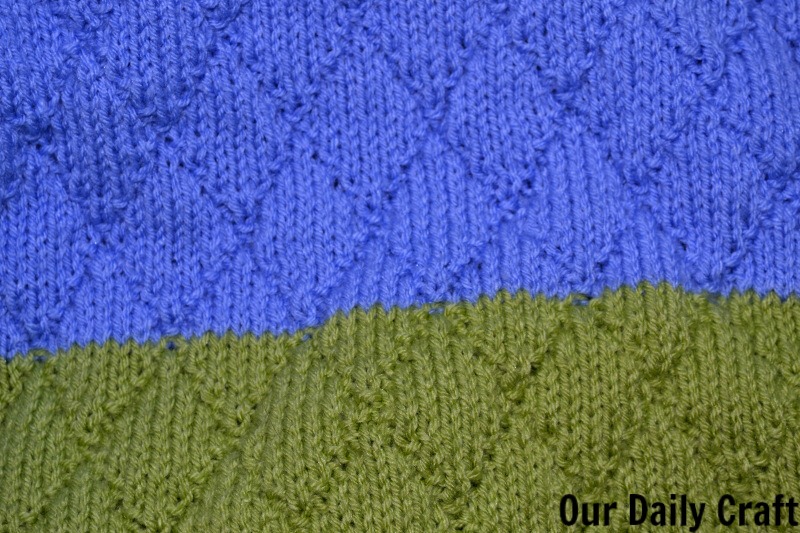 The original blanket was done in “baby” or lightweight yarn; I did the new one in worsted/medium. With the same number of stitches, it makes a much bigger blanket that’s great for playing on the floor or keeping a little one warm in the Wisconsin winters, which this one will need to.

I think I will have used two skeins each of two colors of Vanna’s Choice yarn when I am done, or about 680 yards total. I used a long circular needle, size 8 US.

Row 2 and all wrong side rows: K the knits and P the purls as they face you (basically it’s the exact opposite of the previous row)

For a two-color blanket, continue in pattern until your first color is as long as you like, then switch, work the same number of pattern rows, work 4 rows Garter Stitch and bind off.