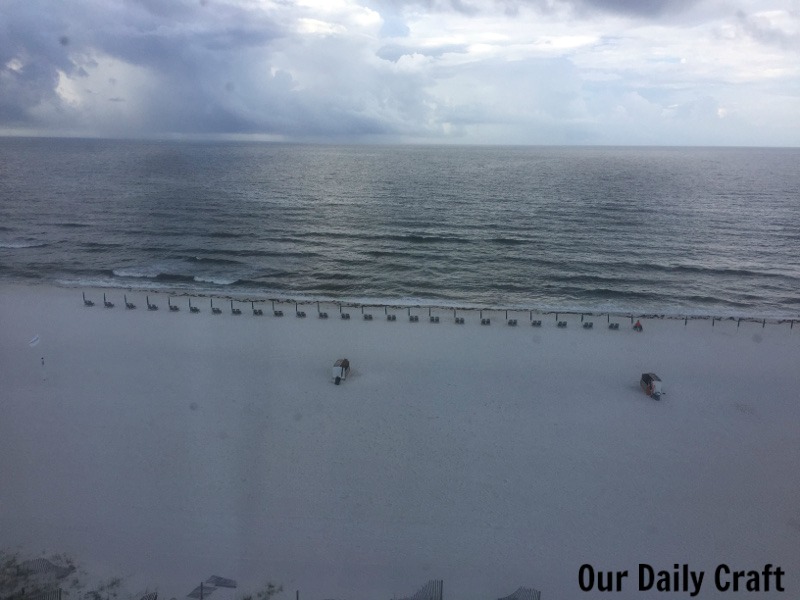 There’s this guy — a kid, I would call him; from eight stories up he looks like a teenager or early 20s — whose job it is to set out beach umbrellas and chairs for the condo building where we stayed on our vacation. 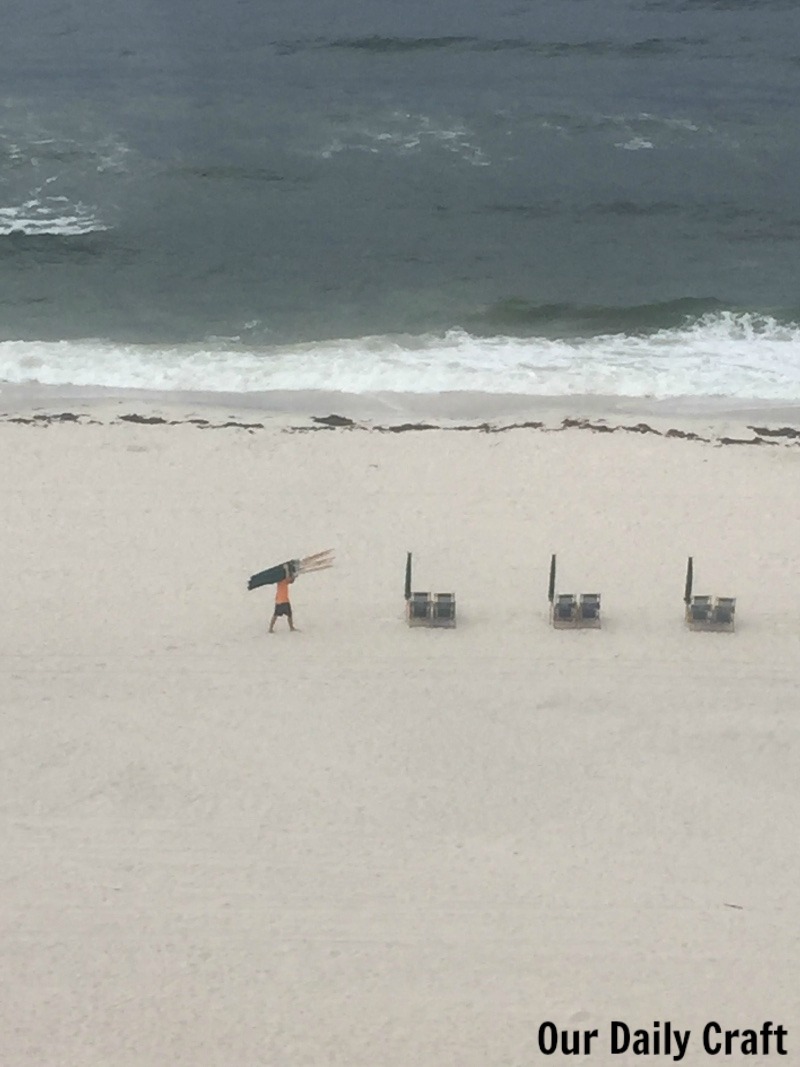 People pay $30 a day for access to an umbrella and two chairs that are just for them. Every day at around 7:15 a.m. he comes and sets them out, and every evening he puts them away, folds them into a white storage box and locks them up until the next day.

There’s definitely some skill to it, knowing exactly how far apart to space the 30 or so umbrellas so two chairs will fit underneath, the physical ability to heft, open, lift and place that many umbrellas and chairs in a prompt fashion, then put them away again.

And there’s the boredom of sitting every day on the beach waiting for people who want chairs, moving the umbrellas periodically throughout the day, collecting trash and whatnot. Whenever I looked he seemed to be either just sitting there or looking at his phone. Not reading — or writing — a novel, or anything else for that matter.

But that sitting on the beach must be the perk.

The physical labor part of the day doesn’t last too long and it keeps him fit without having to work out, and he gets paid to spend all day on the beach.

But I can’t help but think what a frustrating thing it must be to do that work every day and have absolutely nothing to show for your labor at the end of the day but a paycheck.

I guess a lot of people feel like their jobs are Sisyphean, but his literally is; the same umbrellas, the same chairs, every day, again and again.

I wonder if there is a sense of pride in putting them out in a straight line, or if he times himself and gets a little thrill when he puts them out or takes them away faster than the day before.

Maybe he’s happy to be able to make the vacations of families from all over the country a little better.

Maybe he gets some joy from seeing people laying on his chairs, reading books, sharing sandwiches, spending time together.

Or maybe he just likes having a job that pays what he must consider a decent wage for a couple hours a day of hard work. Better than working construction, or at the grocery store.

It’s a way to make a living, just one of many jobs that only exists in a vacation town.

But it would make me crazy to not be able to see progress, to have no measure of improvement, nothing to point to at the end of the day but an empty beach, same as the day before.

At least I have blog posts, articles, physical things sometimes, too. It may feel like nothing but it exists, other people can see it and read it and interact with it.

But then again, no one really notices when I miss a day; he is in his way much more indispensable than I am. If he didn’t do his job people would notice and be angry. I can be gone for a week and it’s no different from if I had been there.

He can’t exactly pre-set the chairs to take a break (though obviously there’s more than one guy).

And maybe he likes the simplicity of it, having a job with very specific parameters for success, and once it is done, it is done for a few hours until it has to be done again.

Maybe he doesn’t want to have to be creative or do better today than he did the day before. Maybe he needs the structure of a straight line of umbrellas, two chairs under each. Something he can control. Something that doesn’t need to be hard. A low hurdle for success.If the chairs get out and then get put back at the appointed times, he’s had a good day.

There’s nothing wrong with that kind of simplicity. Maybe it’s just a job to save money for college. Maybe he’s shy and that little bit of customer interaction is enough for him. Or he just wanted a job on the beach and took what he could get.

I’ll never know what motivates him or why he took that job or if he likes it or is just biding his time.

That I care is probably why I’m a writer.