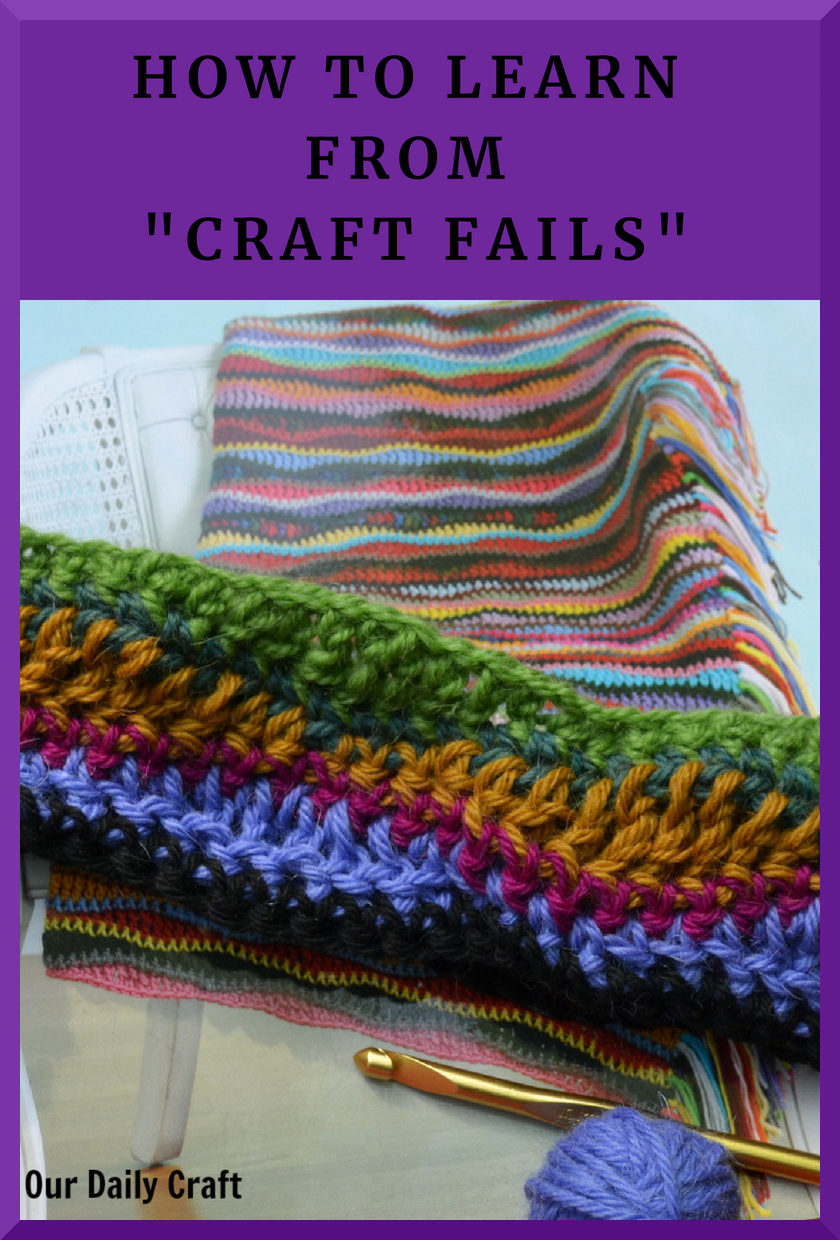 Affiliate links have been included for your convenience.

I have had a lot of craft fails in my time, and I do try to take the time to learn from craft fails and project disasters because that is how you grow as a crafter and a person.

If we didn’t learn from our mistakes we’d all make a lot more of them, that’s for sure.

Like the time my melty bead project stuck to the iron and I somehow didn’t notice until it was a giant melted mess. 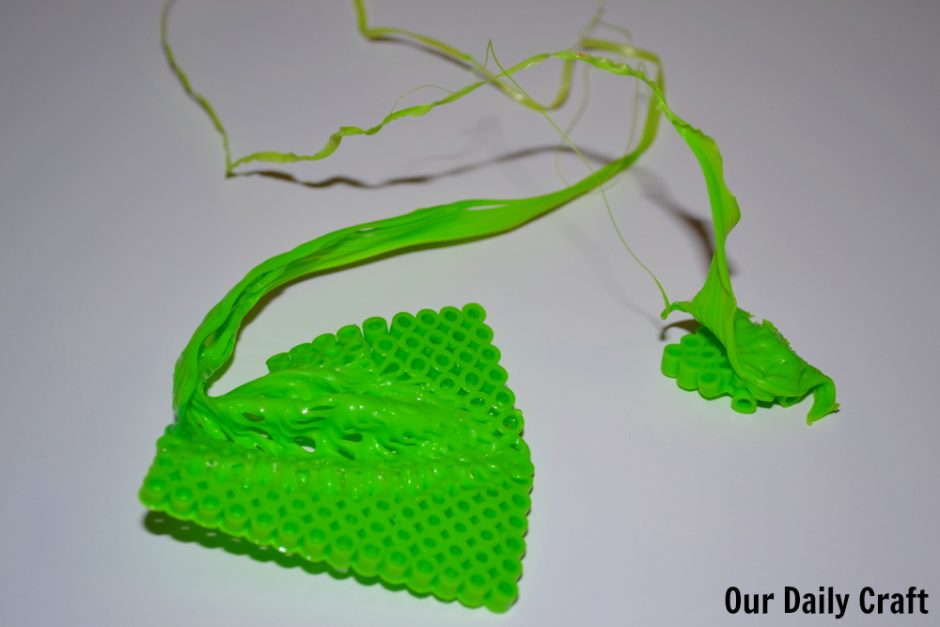 Now I know to make sure my iron is well away from the cooling projects.

Or the time I knit the cardigan and put the armhole shaping on the wrong side and forgot to do the neck shaping on the same piece. (That happened in June, proof that even “experts” mess up sometimes.)

The lesson there was to pay more attention.

Or maybe not to knit while watching The Handmaid’s Tale.

The Prettiest Craft Fail Ever

It’s clearly a lesson I need to learn over and over because lack of attention caused me to make a colorful craft fail earlier this week. 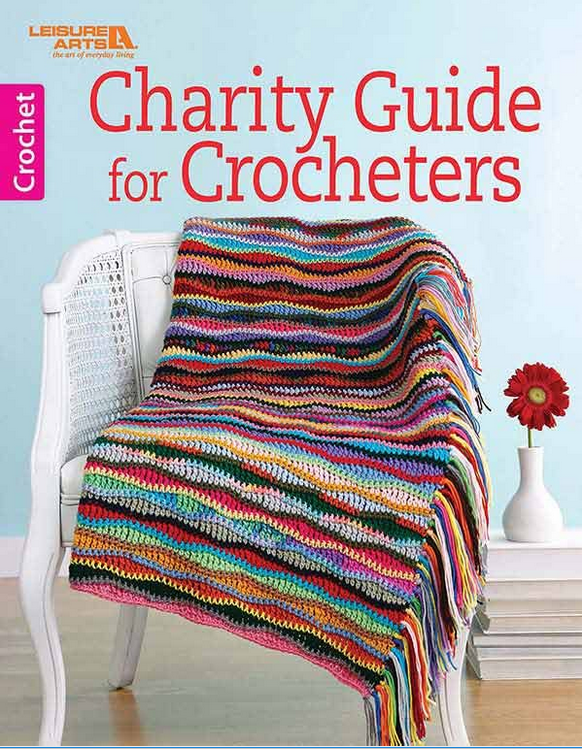 I have a lot of little bits of yarn left over from projects, and when I saw a review copy (thanks, Leisure Arts!) of Charity Guide for Crocheters with this gorgeous scrap blanket on the front, I knew I wanted to make one.

Because I don’t have enough going on right now I decided to start it the other day.

It’s a fun little pattern. Every row is a different color and it’s sort of like the crochet equivalent of waterfall pattern in knitting, with single, half-double, double and treble crochets making waves across one row, then single crochet in the next.

It’s an easy pattern, but not mindless, and of course it requires a certain number or multiple of stitches to make it come out right. 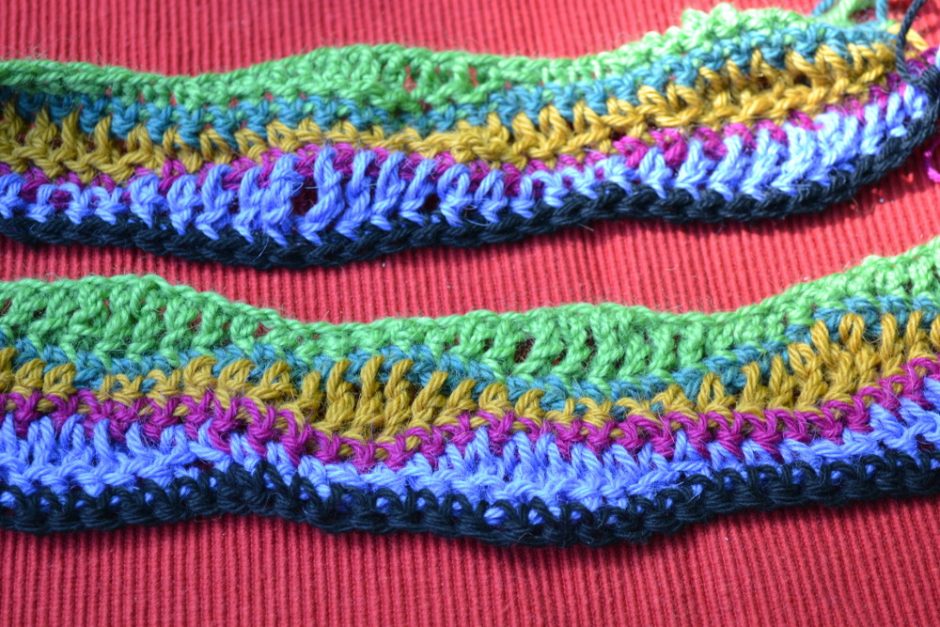 After all that stitching and counting I assumed I just miscounted and needed a few more stitches. I learned how to add chains to a foundation row (thanks, Moogly!), added the number I needed to finish out the pattern and went on my way. 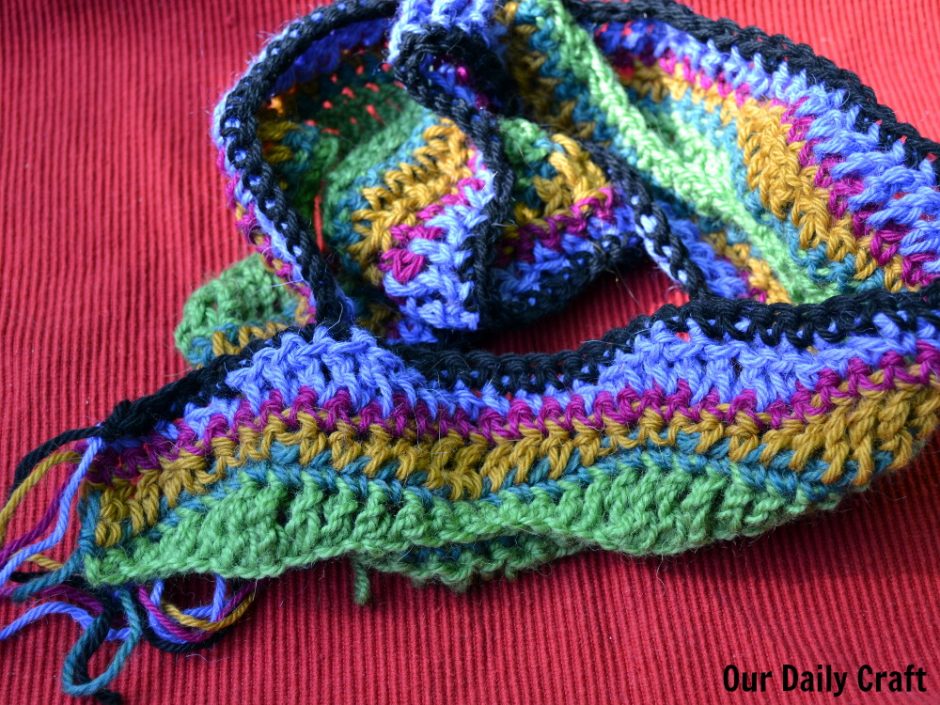 Except the second pattern row didn’t work, either.

It was only off by a stitch or two, so I figured I just missed a stitch somewhere in the pattern even though I couldn’t find it. I worked the extra stitch and went on my way.

By the third pattern row I was way off. Like, five or six stitches.

So I finally decided to count my stitches.

That’s not a problem that’s going to work itself out, is it?

The little bit of crochet is pretty, though. I might even keep it as a super skinny scarf.

How to Learn from Craft Fails 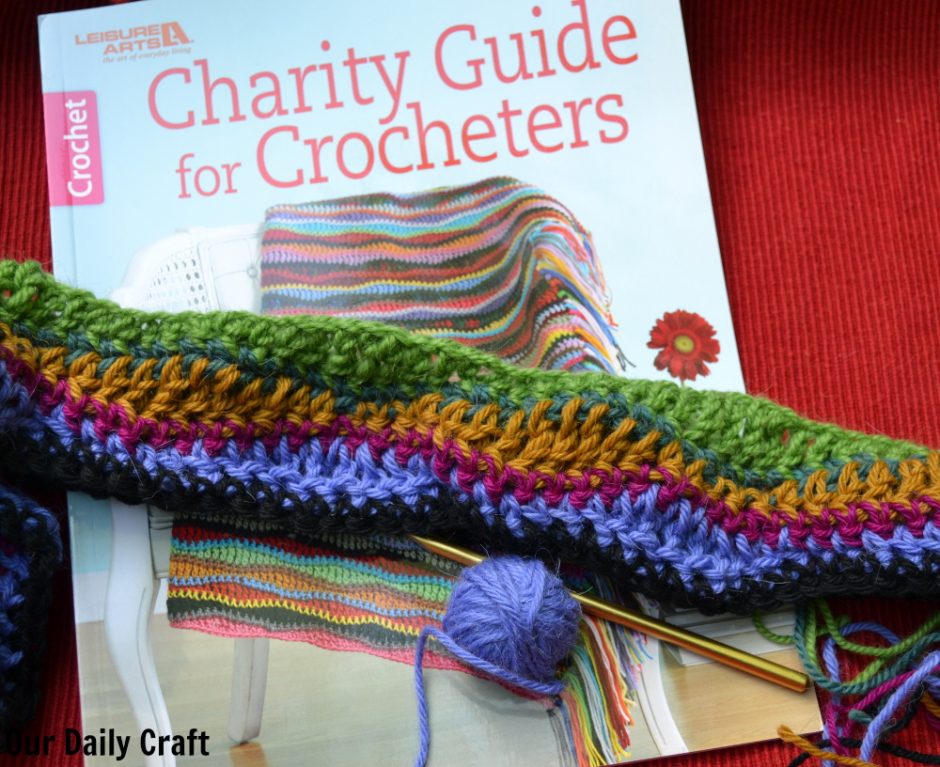 For me, all of these things are important, but mostly I really need to slow down and take the time to find out what’s wrong when things first start to go wrong rather than letting the problem build on itself. Someday maybe I will learn it enough times through enough craft fails that I won’t need to learn it any more.

How about you? Please tell me how you learn from craft fails, or about a recent fail you’ve had!