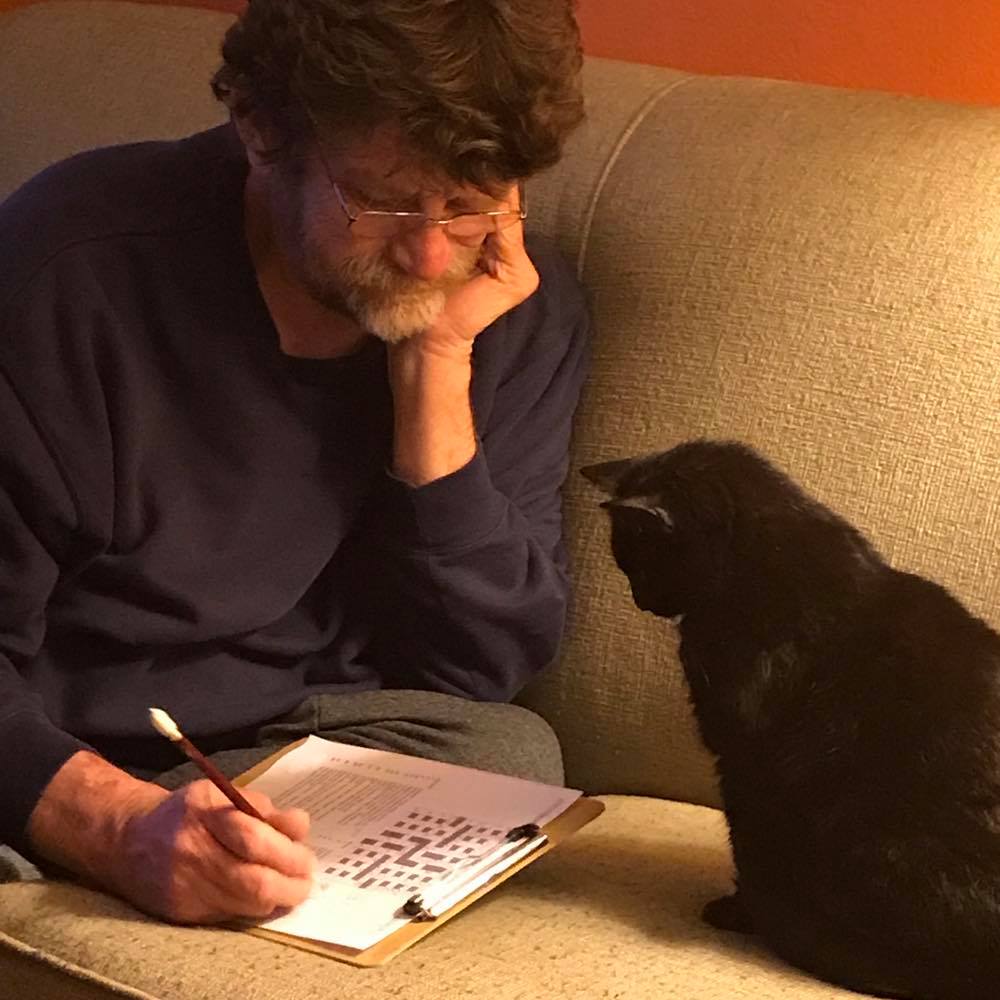 When I interviewed with Brian for the editing job at the University of Arkansas Press, I’m sure we talked about all the usual things you are supposed to talk about at job interviews, such as my experience (newspaper editing and avid reading) and why I wanted to leave the paper (night work sucks when your husband works days).

But what I remember is that we talked about the challenges. The things he didn’t like as much about working there. The politics and the books that weren’t as great as you might hope they would be.

I didn’t feel like he was trying to talk me out of wanting the job — never in the time I knew him did try to make me think a certain way about anything — but he wanted me to know what I was getting into.

He believed in my competence to do the job, which is probably more than I could say for myself at times. And was such a gift for a young woman, as I imagine it would be for anyone.

We had such good talks. Our offices were adjoining and the door between was almost never closed, so one of us was always popping into the other’s office for a chat about books, movies, music, art, politics, whatever was on our minds.

Despite his inexplicable love for instant coffee (he kept a jar in his desk drawer at all times), he was always up for a walk across campus to get Starbucks. And I was always up for taking smoke breaks even though I didn’t smoke.

We were comfortable with each other, supported each other, worked well together. I didn’t realize how special that was at the time.

The hard things he warned me about were hard, and we both talked about leaving from time to time. Some day he’d retire, and I would quit to freelance, maybe have a kid.

I quit and had a kid before he retired, and by the time he finally did she was old enough that I considered whether I wanted his job. No one else knew the history of the place like him, and maybe no one could carry his legacy like me, I reasoned.

We talked seriously about whether it was a thing I really wanted to do. Again he told me all the hard parts (over coffee from the campus Starbucks), again without trying to talk me into or out of anything. That was a gift, too.

(Long story short, I applied for but didn’t get the job. I’m still not sure I wanted it.)

We didn’t talk as often as I might have liked over the past few years. Retirement was a serious thing for him, and then there was covid of course. We emailed back and forth a few times recently — him to recommend a book series or a TV show, me to talk about what I was reading or to say I missed him and was thinking of him.

Our last conversation was over Instagram, when he commented on our new kittens.

He died suddenly on Aug. 26, and the grief has been so much heavier than I expected.

Once Upon a Time

There’s this song that has always reminded me of him, and me, and that time, “Once Upon a Time There Was an Ocean” by Paul Simon. It’s sort of an “is this all there is?” kind of song, about a character who wants to quit his job, who’s maybe longing for a bigger life, or at least a different life, but finds himself rooted.

The full song is below but the relevant lyrics are:

It’s a dead-end job, and you get tired of sittin’
It’s like a nicotine habit
You’re always thinkin’ about quittin’
And I think about quittin’ every day of the week
When I look out my window, it’s brown and it’s bleak

And when will I cash in my lottery ticket
And bury my past with my burdens and strife?
I want to shake every limb in the Garden of Eden
And make every lover the love of my life

I figure that once upon a time, I was an ocean
But now I’m a mountain range
Something unstoppable set into motion
Nothing is different, but everything’s changed

I’d swear I listened to this song sometimes on the way to work, but I realize now it wasn’t released until after I’d gone. But it’s such a strong memory for me that this song is about that time of my life, even though it wasn’t actually there at the time.

I think maybe back then I was the ocean, or at least I liked to think of myself that way. In that grownup limbo before kids, where it still feels like there’s potential to change everything (even if you never really do).

Brian was the mountain range. So solid and rooted, but I think also his life was pretty much exactly how he wanted it to be. He knew what he liked, what he wanted, and those were quiet things. Reading and making things and being with his family.

I wish he’d had more time to enjoy all of that.

I wish I had read The Eyre Affair or watched My Brilliant Friend in time to talk to him about them.