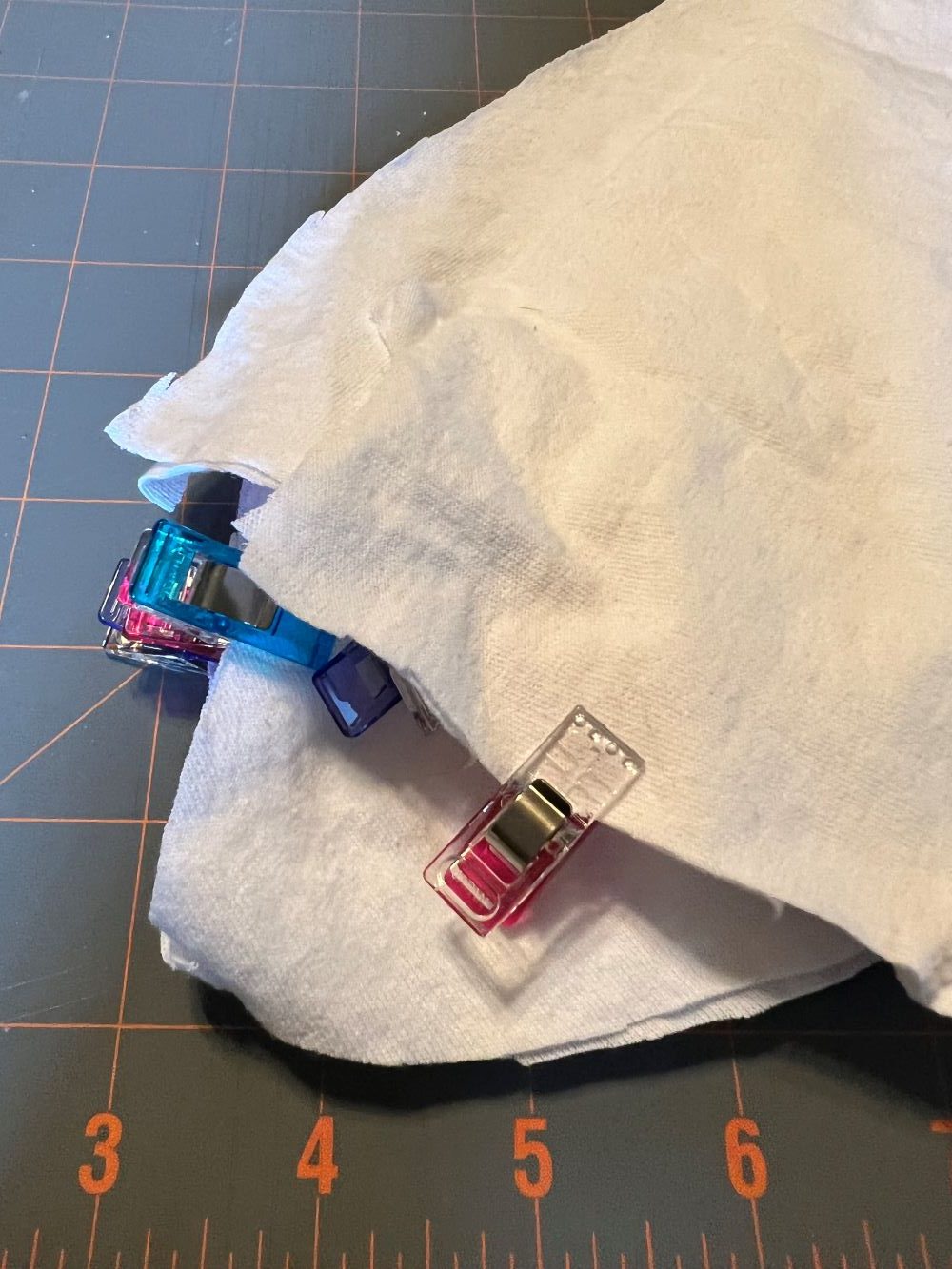 I’m working on a project right now where I’m making several of the same thing, so it seemed high time to share with you some tips on how to batch sew sewing projects.

There are some sewists who probably never have the need to batch sew. You only make one thing at a time and you never make duplicates.

But there are a lot of times when batch sewing can be super helpful.

If you’re working on your me made wardrobe and want to make a couple pairs of pants or a few skirts, working in batches makes it go a little faster.

You might be making a bunch of people the same thing for a gift, or to sell (or making a ton of face masks, let’s hope we’re not doing that again any time soon!) and sewing the same seam over and over on each project before moving on to the next thing can really save time.

I’m working on a bunch of bucket hats using my friend Orange Bettie’s pattern, and they are one hat lined with the exact same hat. So even if you’re only making one hat you have to do everything twice, and I’m making several, so I decided to do it in batches.

How to Prep for Batch Sewing

I say we’re talking about how to batch sew sewing projects here but it’s not just the sewing that is batched. If you know you’re planning to make a bunch of the same project, you’ll also want to batch washing your fabric (especially if you have different fabrics that will be used in the same project).

Then you can also batch iron your fabric as needed, and, of course, batch cut out your pattern pieces.

I did this with masks and would cut out 25 or 30 at a time (until my hands got tired of cutting) and then I’d have a big batch to work on the next time I was at my machine.

So before you do any sewing, batch all your prep work.

I cut out a bunch of pieces and then there are two different sets of two pieces that need to be sewn together for each hat — the side of the hat and the brim — so I also clipped the pieces together that needed to be sewed together so I had a whole stack ready to go.

If I were just making one of this hat I probably wouldn’t pin on this step but it makes it go a lot faster when you’re stitching several at a time to not have to straighten each one.

How to Batch Sew Sewing Projects

Once you have a stack of things to sew, it’s time to meet our friend chain piecing.

Chain piecing is a technique that a lot of quilters use when piecing a bunch of blocks together for a quilt top. You would batch cut as we just talked about, then start by pinning the first part of each block you need to sew. Then you sew all those pieces, iron your seams, pin on the next piece and so on until your blocks are done.

Here we’re chain seaming instead but the concept is exactly the same.

Start with your first piece that you need to sew, and when you get to the end of that seam, just continue sewing on nothing for a couple of stitches. Slide your next piece to sew under the presser foot (or stop sewing, lift the foot, put the fabric under the foot, put it back down and start sewing again if you need to) and sew the next piece.

Continue in this manner until all the pieces are sewn. All your pieces now look like one long chain, with a little chain of stitching between them.

Trim this thread from between each piece and move on to the next part of your pattern.

As mentioned in reference to batch sewing for quilting, you can batch your other sewing chores like pressing seams open, pinning things together, trimming threads, sewing on buttons, etc.

When I was sewing masks I would batch cut, then I sewed the top and bottom seams of a batch on my serger (using the same chain method). Then I would trim the threads, turn them all right side out, press them and serge the side seams. Then I folded and pinned the dart portion on each one, sewed that part in a batch, then trimmed all those threads, folded and pinned the edges for the ear loops to go through, sewed those seams and finally trimmed those threads.

I also batch-cut the T-shirt yarn I used for the ear loops and would thread those in batches, and then tie knots in batches. If it sounds like a huge production, it was.

They’re a good example, though, because I was sewing part of the project on a serger and part on a normal machine, so doing all the serger parts and then all the sewing machine parts made a lot of sense.

Thinking about the order of operations and when you need to change equipment or use something else can help you see what you can batch.

For example if you’re sewing zipper bags, you might want to batch sewing up to when the zipper is installed, then batch-sew the zippers so you only have to change to your zipper foot once. Or if you’re sewing with knits on a regular machine, do all your internal seams before switching to a twin needle to finish the hems.

For these hats there is batch sewing the seams, then batch pinning the crown to the side and the brim to the side, sewing those seams, pressing and top stitching, putting the hats together, sewing them to each other, turning and pressing and more top-stitching. I’m experimenting with using different colors for the top stitching thread so it makes a lot of sense to batch that, too, so I don’t have to keep changing colors.

Batching sewing projects is an easy way to make big sewing chores go a little faster. do you batch sew? I’d love to hear your tips.