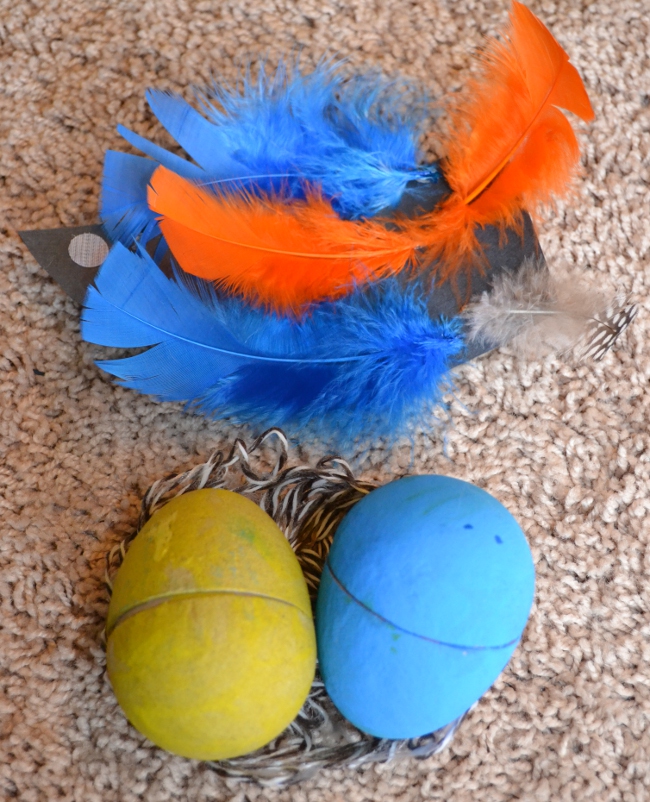 Today my awesome online colleague and friend Amanda is visiting, offering tips about how to use subscription craft/activity boxes in different ways. Amanda is the Guide to Kids’ Learning Activities at About.com, runs the educational activity website The Learning Treehouse and is the author of the forthcoming book The Everything Kids’ Learning Activities Book (preorder now!). So clearly she knows what she’s talking about.

I’ve been lucky enough to look at and write about a bunch of different subscription boxes for kids, so when Sarah mentioned to me that she’s been trying to figure out what to do when the Bit isn’t interested in what the box-of-the-month has planned, I knew exactly what she was talking about.

The great thing about subscription boxes for kids is that they’re mostly theme-based, so the projects in one box all tie into a theme, such as gardening or dinosaurs. The downside of subscription boxes is that they’re theme-based, so if your child isn’t excited about the theme of the month, the box may sit unused for a long time. So what can you do about that? Well, you can use the contents of the box as jumping off point for learning in ways other than those the box has planned.

I think Sarah hit it right on the head when she said in her post about Splatter Art, “Have no expectations, that’s rule number one.”  Just because your subscription box says the materials should be used to make one thing doesn’t mean they can’t be used in other ways. And, just because your child isn’t thrilled about the projects in the box, doesn’t necessarily mean she’s not thrilled about the topic, either. It might just take some discussion and imagination to figure out how to re-purpose those supplies and information.  Here are some ways to jump start that process:

1. Explore the whole box in a child-led way. That’s just a fancy way of saying “Open up the box, let your kid dig through it and hang back while she looks at it.”  Instead of telling your child what the suggestions are for the materials, let her tell you what she’d use them for and how they all seem to be connected. Then, if there are picture instruction cards, let her try to match up the materials and the activities. It’s a great way to practice sorting, sequencing and organizing,  and it also might catch her curiosity enough that she reconsiders her interest in the given theme.

2. Explore the theme and its tangents. Sticking with the dinosaur theme as an example, there’s a lot more to learn about than just dinosaurs. If your child isn’t a dino-enthusiast, she may still be interested in prehistoric times, so expanding the theme to include overlapping topics might catch your child’s interest.

If she doesn’t want to make dinosaur skeletons out of pasta, maybe she’d like to create the skeleton of her own prehistoric creature. Then she can draw a picture of what it looks like based on the skeleton and  talk to you about where it lived, what it ate, who it was friends with, and why it’s not around anymore.  Or maybe she’d rather make the baking soda and vinegar volcano from which the lava that encased the bones came. Maybe the pasta can be used to make the jewelry and/or tools of the humans who came after the dinosaurs, too.

3. Ask your child to make up the activities of a new theme. There’s no rule that says you can’t combine subscription boxes to create a new theme or way to play. Recently, over at The Learning Treehouse, we had the chance to look at a couple of SparkPlay’s Adventure Packs. As I mentioned in my writeup of our adventures, my littlest Kid Tester combined the rockstar adventure with the garden adventure to come up with some kooky rockin’ bumblebee play. I didn’t get it, but he did and that’s what counted.

Your child’s imagination will often lead you to places you never knew existed, so take out those boxes, let her loose and ask her to create some activities for you. She’ll not only be practicing creativity, but also problem-solving (what can we do with this stuff?) and communication (how do explain what I want other people to make with this stuff?).  Good luck and have fun!