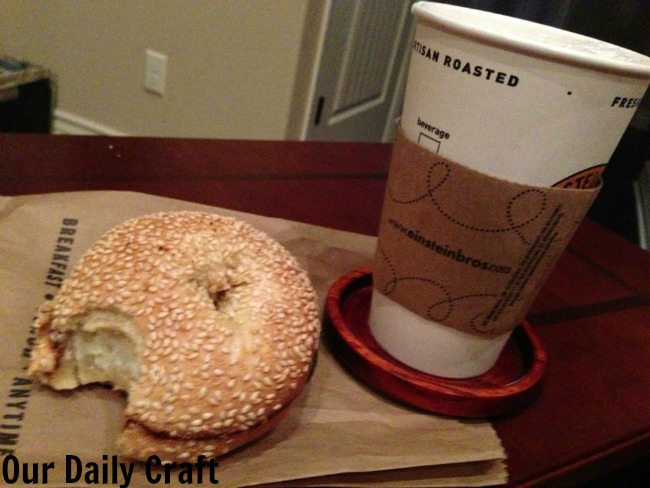 I really like my jobs. I love that the vast majority of the work I do can line up with my mission in life, which is to explore, share and promote craft and help women (especially, though I know it’s important for men, too) claim their creativity and realize that it’s vital to make time for it.

But there are a lot of things I have to do that really suck.

Bookkeeping, for one. Site maintenance is another big one. There’s self-promotion and site organization, all sorts of stuff that needs to be done but that I can put off just about forever without too much effort.

So last week I decided I needed to do something about it.

I set aside basically all day Friday to work on some of those things that never seem to get done.

I responded to some long-neglected emails.

I edited user-submitted content, some of which had been waiting for approval for more than a year.

I cleaned up a bunch of broken links.

And it actually felt kind of good. I think I’ve got the momentum and motivation now to keep going on those nagging projects, and how good will it feel when they’re not nagging anymore?

But it’s that getting started part that can be so difficult, as I well know, since I’d been putting off these tasks for a very long time. Here are some things that might help you get started on those things you don’t really want to do.

1. Treat yourself. I started my day with a bagel and coffee, which I never do. Then I had a longer-than-normal workout. It took away a little time I could have been working, but started me out on a positive note and with good energy.

2. Time yourself. I started out with email, which is a relatively easy thing to deal with. But I didn’t want to get sucked into it all day long. So I timed myself: 15 minutes with my personal mail, 15 with my About mail. I ended up going over a little bit, but setting a timer makes it more like a game or a race; you try to get as much done as possible in the time you have.

3. Push through. Another task I had been dreading was sure to take longer, and I’d initially thought I’d use my timer again and just do what I could. But instead I decided to keep going until I had that task completely finished. It meant I got fewer things started, but to have one thing finished was a really good feeling.

4. Take breaks. Of course you have to monitor yourself so that a break doesn’t end up turning into abandoning your project, but it’s important to reward yourself through the day. Take a walk after you finish part of your project, or do what I do and play Tetris on Facebook, which has the added bonus of running you out of time after awhile so you have to stop playing and go back to work.

5. Listen to some great music. Husband downloaded all the music from the UK series of “Life on Mars” for me for my birthday (OK, that’s not completely true, we did skip Britney Spears). It’s lots of great ’70s music, mostly British but not all. I love it. It gets me moving and working. Find some music that inspires you and play it on those days you really have to get something unpleasant done. And don’t be afraid to stop for dance breaks.

(By the way, if you don’t know “Life on Mars,” you really should. There’s a US version, which we watched first, and the UK version we’re watching now. They’re both excellent. Crime drama with a lot more. You can thank me later.)

What do you do to make yourself do the things you don’t want to do? I’d love to hear your tips!