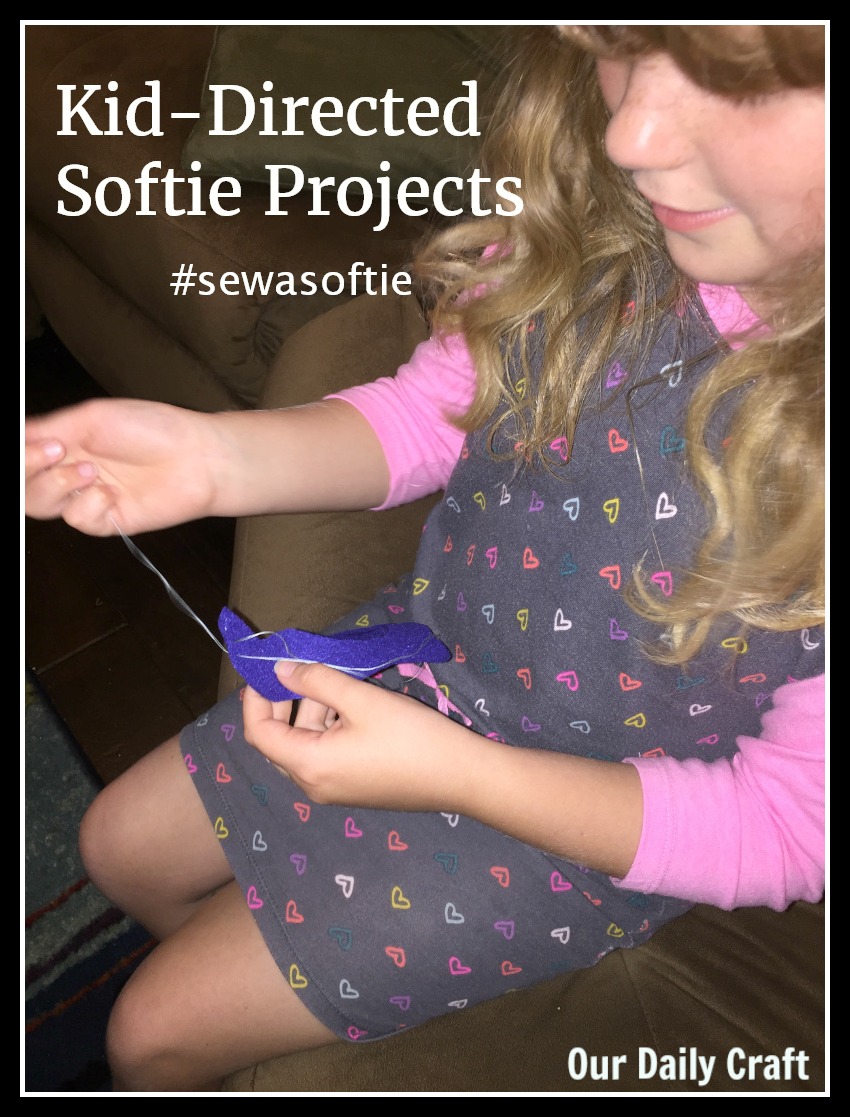 The girl is getting older and she’s less likely these days to accept creative prompts that I give her. So it always thrills me when she wants to make something I didn’t suggest.

So it was with these kid-directed softie projects. I was thinking about what I was going to do to celebrate Sew a Softie Month (the brainchild of Trixi at Coloured Buttons) and she completely beat me to the bunch by designing her own softies.

This project was inspired quite naturally by watching the show Dino Dana, which features a 9-year-old paleontologist who happens to wear little felt dinosaur pins — and crocheted dino hats — when she does her dino experiments.

I had it in my mind that I might make such a pin (and I probably still will, so stay tuned) and the girl did, too, in a way.

After watching an episode she decided she wanted to make a softie of a Titanoboa, the biggest snake that ever lived. 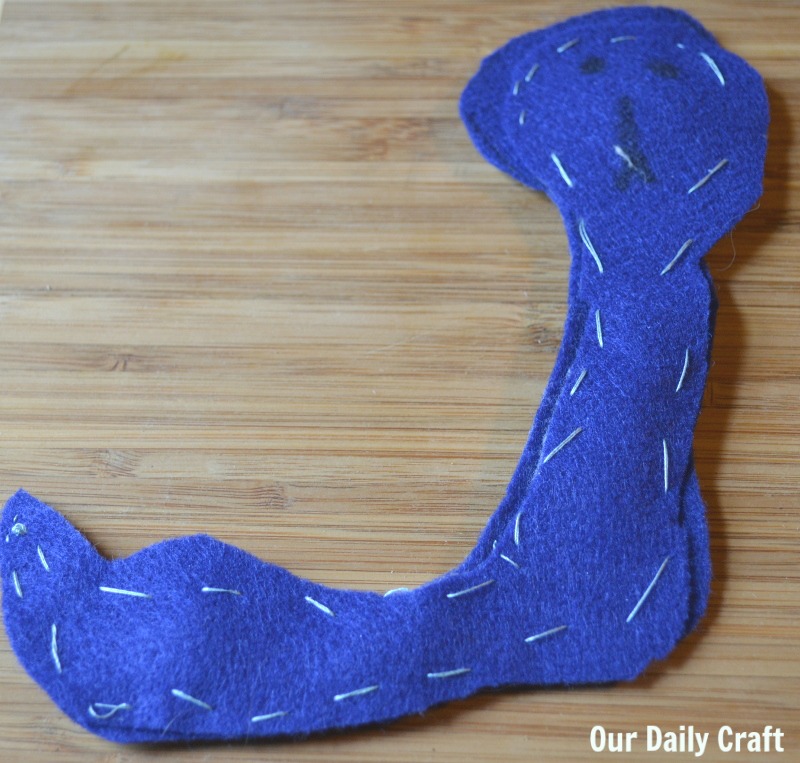 All I had to do was facilitate the project and she did almost all of the work.

I found her a piece of felt and a marker, and she drew the shape she wanted.

I cut it out and gave her a threaded needle.

She sewed and stuffed her snake with cotton balls and added a face.

The whole process took less than half an hour and she was so proud and excited she wanted to make something else the next day. 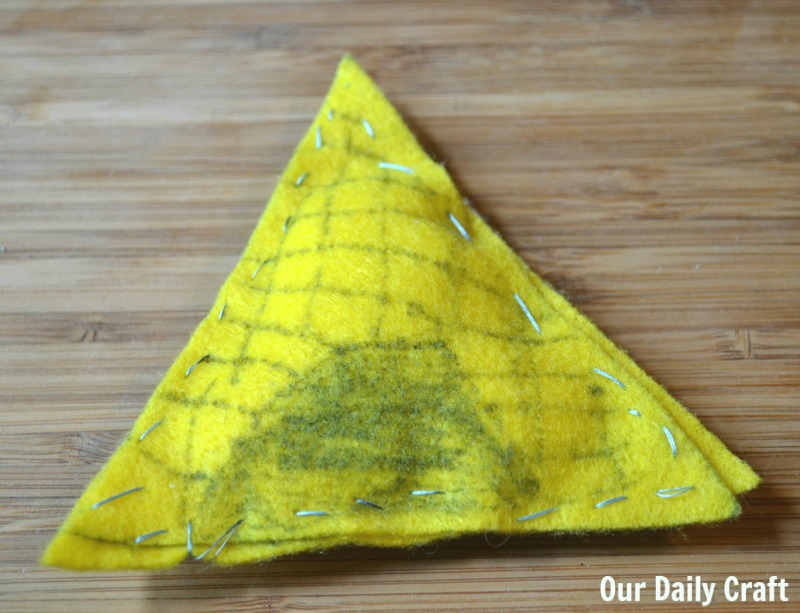 I guess it stands to reason that if dinosaur sofites help Dana commune with dinosaurs, softies of other shapes might help with other scientific endeavors. In that spirit the girl also made a pyramid softie.

It was exactly the same process: she drew a triangle, I cut it out twice, she sewed and stuffed and drew the bricks on.

This one was even faster because the sewing was simpler. She loves them both. I do, too.

Tips from the Girl for Making Softies

Because she’s a blogger’s kid, the evening of the Titanboa she randomly started talking about what other kids should know about making their own softie designs.

I hope you will try making kid-directed softie projects with your little ones. I’d love to hear about what you create!