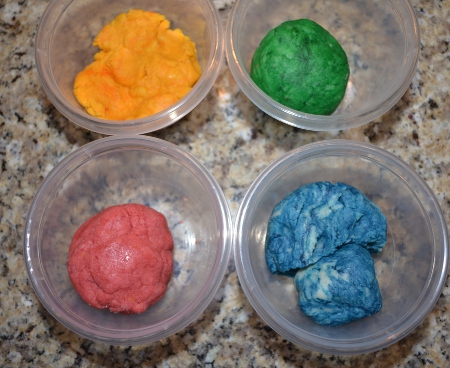 This installment of the Great Pinterest Playdough Throwdown is just a little bit cheating. I did find this recipe for no-cook playdough on Pinterest, but it’s also from someone I happen to know in real life. This one comes courtesy of my local Macaroni Kid newsletter, and I was excited to give it a try. 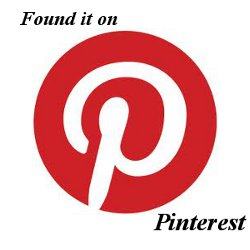 Unlike the other batches I’ve made, because this one was no cook it was possible to divide out pieces of dough and make multiple colors. I wasn’t thrilled with that process, but it turned out pretty well in the end. First, let’s look at the dough itself.

You can probably gather form my instructions that I found this project excessively time consuming. I kept wandering away out of boredom and frustration, but I would guess this whole thing took more than an hour to do, which is just unmanageable, especially considering the basic Kool-Aid recipe took about 5 minutes from start to finish and, as much as I didn’t love it compared to the Jello version, produced nice, workable dough. So just from that standpoint I’ll probably never make this recipe again.

In addition to the problems I had getting the food coloring to distribute, this never came together in a big ball of dough like I expected. It acted a lot like real dough, which I guess it is. I added more water hoping that would help but it didn’t really. But I was able to knead little bits by hand and more or less get them to stick together, so that worked out OK.

The texture of the finished dough is more like real dough, too, but this stuff is oily. There’s no way to play with it without coming out greasy, as far as I can tell. The Bit enjoyed it, mostly because the colors add some variety to our dough playing and I put each color in it’s own plastic container, which is fun (the containers, as a side note, came from Dollar Tree and are worth just slightly less than I paid for them).

So I’m really surprised to report that the Jello dough really is the best dough out there that I’ve tried so far. I’m going to put the throwdown to a rest for a while because I think we’ve got enough dough (though I am probably going to take this chocolate play dough for a spin for Valentine’s Day) and I want to share some other fun things I’ve found on Pinterest, too. If you find or have a great dough recipe, let me know on my Facebook page.