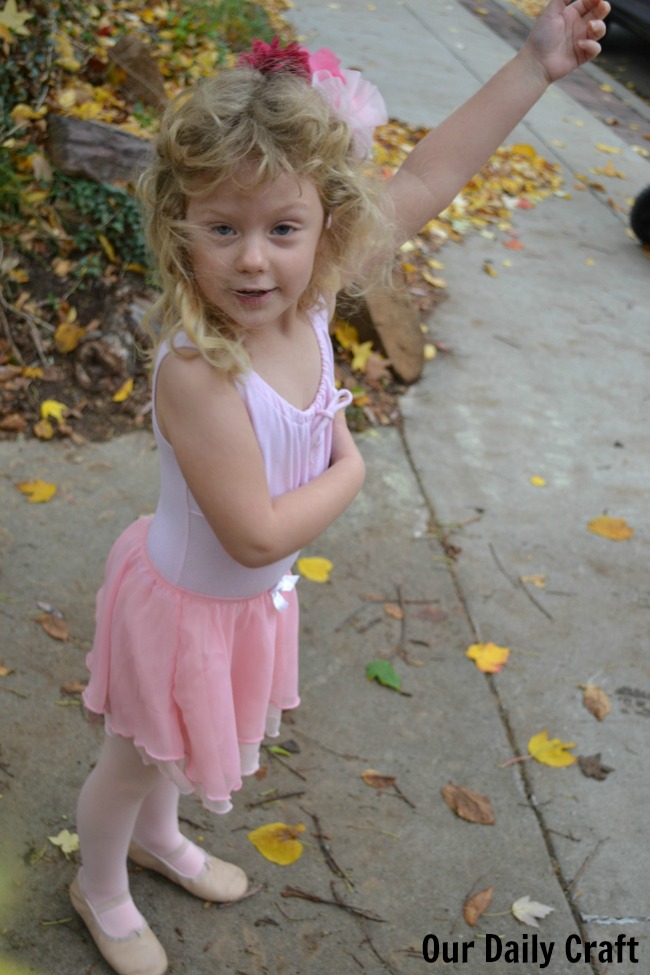 I’d been worrying about Halloween for a while. After our trip to Tulsa was sent completely off track by a scary inflatable skeleton, I knew it was going to be a tough day.

And it was. Somewhat for the reasons I expected, and somewhat for other reasons.

But if I’ve learned one thing while being a mom, it’s that it’s always a good idea to have a backup plan.

When I was at Target on Halloween morning (yes, I waited until the last second to buy candy) I swung through the craft supplies because it’s what I do. You never know what’s going to be on sale or clearance, but there’s usually something good.

There were a lot of great craft kits on clearance that I snagged for future plan B days (or Christmas), and also chunky colored pencils for $1 and fall-themed stickers for $1 or less a pack. 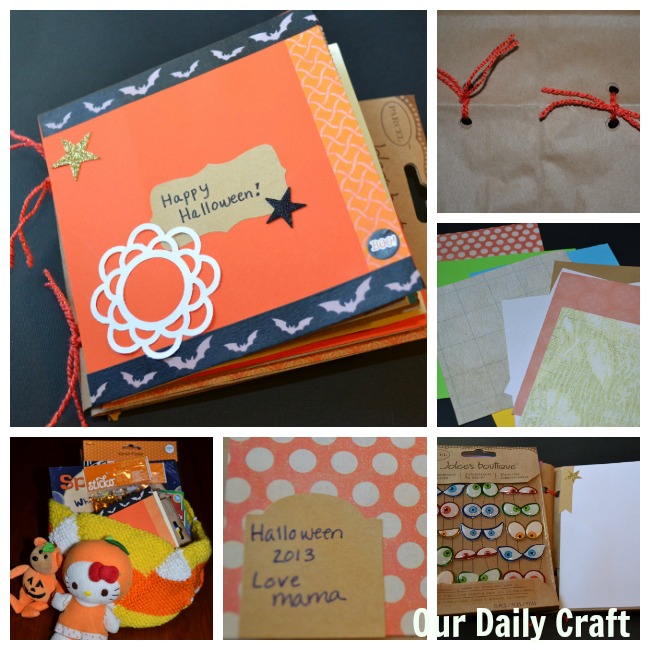 I loaded up on goodies and then decided instead of just giving her the good stuff (and instead of working that day) I would whip up a quick paper bag journal for her that she could use for coloring.

I used five bags, a hole punch and a bit of glittery orange yarn. The interior pages I did with cardstock and lots of glue stick, and about half of them have some little embellishment, whether a sticker or a line of washi tape.

I put some stickers in the pockets, then added the book to a basket of goodies I’d collected.

The basket is my knit candy corn basket, by the way. The goodies inside include the colored pencils and this book, a craft foam pumpkin and a felt spooky scene to color (both of which I scored from the $1 section at the craft store last Halloween), a new Halloween book plus her old ones that just came out of storage that day, a couple Halloween-themed plushies that were also old and just making an appearance for the season and some more stickers that didn’t fit in the book.

I left this on the coffee table in the living room when I went to pick her up for our usual trick or treating on the Square.

It had been cloudy and off and on rainy for the past couple of days, but it seemed fine when we left school. It rained on the way downtown, but as we walked up to the Square it cleared up momentarily.

This is the only decent picture I got. We got candy from two shops and then she started seeing people in masks and said she wanted to go home. I got her calmed down but then the skies opened up.

Hooray for Plan B

We were completely soaked on the walk back to the car. She changed into her warmest pajamas when we got home and was happy to have some fun stuff to play with while watching TV. (She didn’t actually use the book yet, but here’s hoping.)

After craft time and grilled cheese, she decided she wanted to go out in the neighborhood. I pulled her costume out of the dryer and we set out. There were still some scary masks about, but we got to visit about five houses before it got dark and cold and she was ready to go home.

I consider that progress.

We ended the day snuggled on the couch reading Halloween books. In all it was a pretty nice day. Even if it didn’t go according to plan.