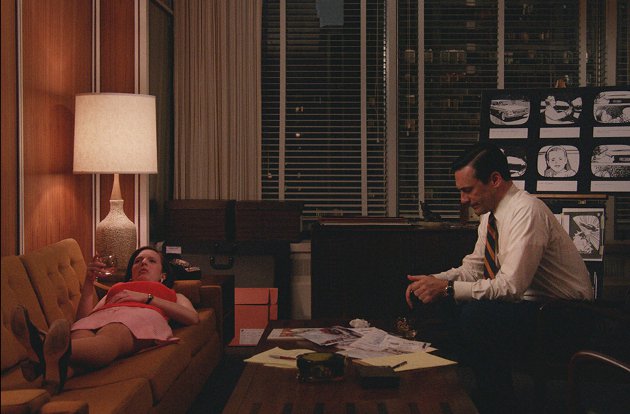 I have been a fan of “Mad Men” for a long time, for a lot of reasons, and while I haven’t been enjoying this season so much, I loved this week’s episode (706, “The Strategy”) in part because of the really accurate illustration of the creative process.

In the pitch meeting, Peggy feels pretty good about her idea for the Burger Chef campaign, but all it takes is Don saying he’s been “noodling around” a different angle to make her completely question her idea, her creativity, her life choices.

It seems a little drastic if you’ve never been there, but for creatives this process is all too familiar.

This is Awesome, This is Terrible

You feel pretty great about your initial idea and then you hit some kind of bump. It could be when you share your idea with someone else and they don’t react the way you’d hoped.

It might be when someone else shares an idea, like Don did with Peggy, or it might be when you get another idea or have a moment of doubt in your own mind.

Suddenly that great idea becomes a little less awesome. You feel doubt and worry creep in.

Maybe this isn’t the best idea ever.

Maybe it’s not even any good.

Maybe I’m not even any good.

Maybe I never had any good ideas. 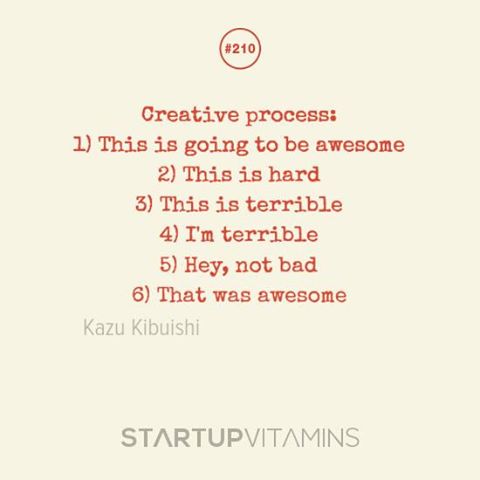 And that fast you’re right there with Peggy, drinking alone all day and questioning all your life choices.

Show Me How You Think

Peggy was lucky that Don came along in the midst of this crisis. She asks him to show her how he thinks, to go through the process of generating an idea out loud.

This is all paraphrasing, but he says first he beats up on everyone whose help he needs, then takes a nap. (You might want to skip that first one.)

Then he says he starts over and sees if he ends up in the same place.

And in the end they get to a different place, what they hope is a better place.

You can do that, too.

Find a creative friend or just pick up a notebook or open a word processing document and start listing ideas. They aren’t all going to be brilliant, but that’s kind of the point.

Somewhere in there may be a better idea or approach. Maybe not. But you’ll certainly feel better after giving it another go.

[Tweet “Somewhere in there may be a better idea or approach. Maybe not. But you’ll certainly feel better after giving it another go.”]

Do you relate to this kind of creative process? What do you do when you feel doubt about a project? I’d love to hear your thoughts!