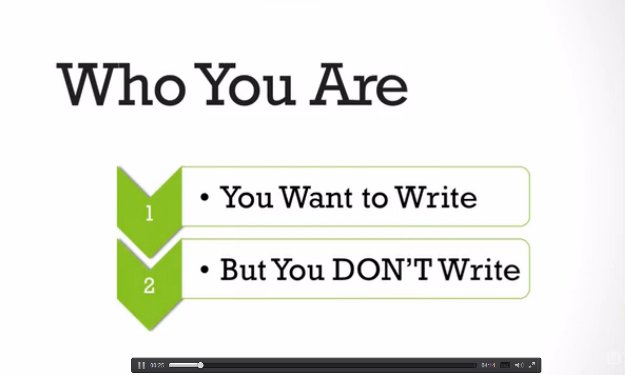 So you’ll know, Rachael and I are friends on the Internet, and she offered me a free peek at her class — and a discount for you! — for the purposes of sharing it with you.

Lots of people say they want to write — or write more than they already do, if they are bloggers. You might want to write a novel, or a nonfiction book, or take your blog in a different direction, or start writing something that’s been banging around in your head for a while.

And it’s really hard to get started, especially if you’re thinking about writing something that feels hard or is in a genre you haven’t tried before.

All writers know this. There are all sorts of quotes about how hard writing is.

But all those famous writers who say those things? They actually did the hard work, too. That’s why we know who they are.

And in the end, it’s totally worth it.

Rachael Herron knows all about this. She’s written 11 books and seven of them have been published so far. But there was a time when she wanted to be a writer but wasn’t actually writing.

Getting it Out There

Her initial push into writing came with National Novel Writing Month, or NaNoWriMo, which is a month-long novel writing “competition” in which people try to write a novel of at least 50,000 words during the month of November.

That’s how she wrote her first book, and she hasn’t looked back.

“I write all the time, I finish things all the time and I still have a full-time job,” as a 911 dispatcher, she says in her Udemy course, How to Stop Stalling and Write Your Book.

How did she get from not writing to writing so much? That’s what the course is all about. 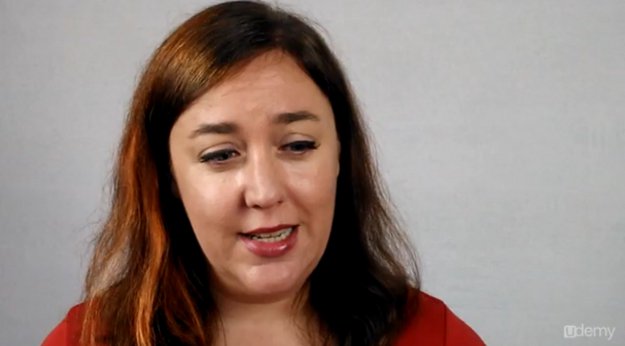 Rachael’s course covers a lot of the reasons we don’t write, such as fear, writer’s block and distractions.

She tells us we don’t have to worry about writer’s block because it’s not real, all we have to do is write.

Like a lot of writers, she’s a fan of getting it all on paper (or screen, I suppose) as quickly as possible and fixing things in the editing stage.

After going over the things that keep people from writing, she covers the nuts and bolts of how to write more by setting up routines, rituals and habits that set you up for success.

She shares the tools she uses to limit distractions and get her work done (including waking up really early in the morning) and her rules for creativity that will help turn writing from something you want to do into an addiction.

I don’t want to go into the details too much or you won’t want to buy the course, but I do want to go deep into one thing she talks about that should be really motivating.

Figure out how fast you write. Sit down and time yourself writing for ten minutes or 1,000 words or whatever. Don’t think too hard or edit at all, just write.

Once you’ve done that you can figure out how many words per hour (or 10 minutes or whatever unit of time) you write.

Say it’s 1,000 words an hour. Divided by 60 minutes, that’s about 17 words a minute. Which is, like, one paragraph. Or one word about every three seconds.

Can’t do an hour a day? With 15 minutes, or about 255 words, a day, you could write about 93,000 words in a year. Which would make one respectable book-length project.

Writing even just a little bit every day adds up to books.

Rachael’s course is really a pep talk in about 75 minutes. It will encourage you to drop your excuses and just try a little writing.

It doesn’t have to be good.

But it has to exist before you can fix it.

Rachael is so cute and funny, you’ll wish she was in your writing group. Her advice is encouraging and sounds totally doable once you do the math and figure out how quickly one day’s work can build on another’s.

If you want to try out the course yourself, Rachael has been kind enough to offer a discount to my readers, so go check it out. I hope it will pump you up and get you motivated to write, just like it did me. I’ve even thinking about trying NaNoWriMo again, which I haven’t done for years!

Do you have trouble with motivation when it comes to writing? I’d love to know what, if anything, works for you to get you going.