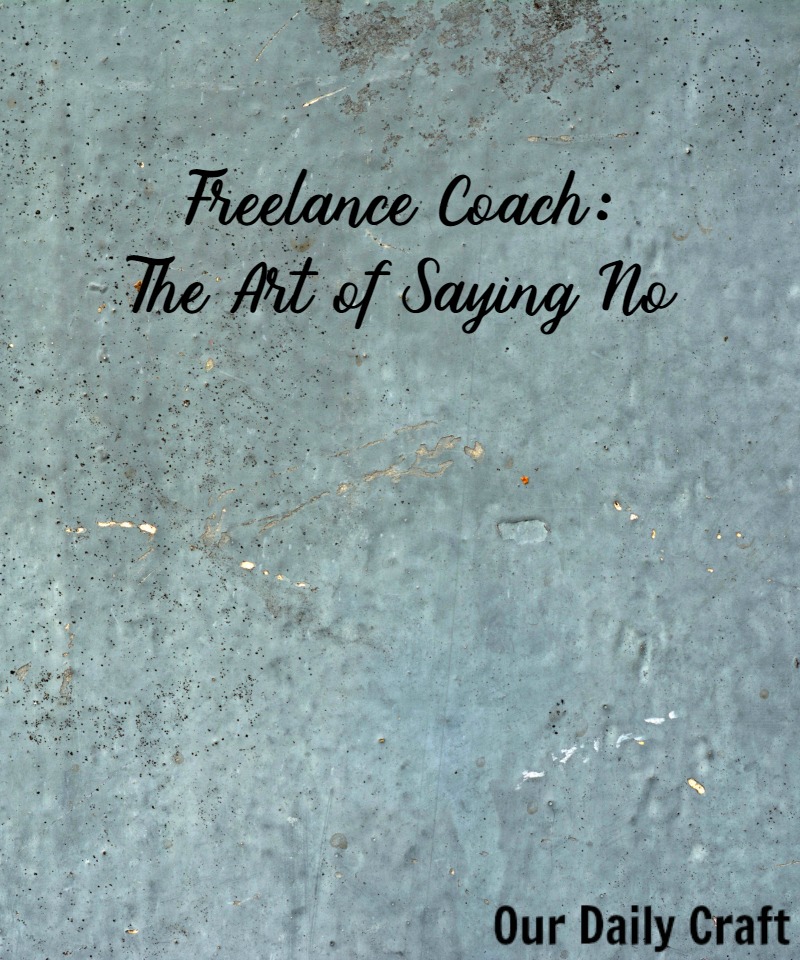 I used to have a blog called Freelance Coach, where I wrote about the business of being a freelance writer/creative person. I shut it down a long time ago, but I kind of miss it. I think I need to start writing about those subjects again.

When I was first starting out as a freelancer, I had what I, in retrospect, called the year of yes. It was a time when I was just trying to build clients, to make some money and get my name on some things I could show to other people who would, I hoped, pay me more. (Followed quickly by the year of saying no.)

In those days everyone was looking for keyword-rich articles, because that’s how you got Google juice. I remember writing for a company with a ridiculous name like Hot Nacho (why do startups always have such weird names?). I don’t remember what I wrote but I wrote tons of words for them, at something like $3 a post.

I wrote product descriptions for a snarky online clothing retailer at $1 a pop. I wrote copy for a woman in Texas who built websites for real estate agents, who still owes me money. I wrote a surprising amount of content about gigantic beanbag chairs for a person who has never owned one.

I wrote for some legitimate markets, too. I wrote about writing a few places (and actually my very first sale was to a writing website), and not too long after that I started working for LovetoKnow (where I actually helped launch their craft content) and eventually for About, which allowed me to write books, quit my day job and do everything that I do today.

I’ve Done Everything You Aren’t Supposed to Do

I wrote for free for a really long time, longer than I should have.

I wrote for dollars an hour for a really long time, longer than I should have. Some of my clients and projects right now basically pay dollars an hour (if I broke down how much I get paid when writing a book I’d probably never write a book again).

I lacked confidence, thought I was doing well if someone was paying me something for anything I wrote, no matter how little or how much it was something I didn’t want to be writing.

Over the years I’ve gotten a lot more selective. The range of things I will write about is a lot narrower, and I’ve stayed with pretty much the same three or four major clients for years. I make less money that way, but I like the work more.

Then I got purged from About (just months before I was planning to quit anyway, thankyouverymuch) and I have lately been feeling the need to take on new work.

I feel like I’m smarter now, but maybe only just a little.

Because I applied to write for a site that’s a little outside of my usual comfort, but it has a big name and I thought it might be fun.

They were interested in my pitches and told me they like list articles with a minimum of 15 items, which should be about 150 words each, with an introduction, so a minimum of 1,750 words. They pay $30 a piece.

I say I’m only a little smarter because I did try. I wrote a sample and it took forever, as expected, and then I had to find photos, and then I learned they get their photos by doing a Google search, not buying stock photos or looking for photos with a commercial use license.

So I backed out.

I still felt momentarily awful even though I know it was the right thing. The volume of work, the time, the pay, the shady relationship with intellectual property all would have weighed on me a lot more than saying no did. 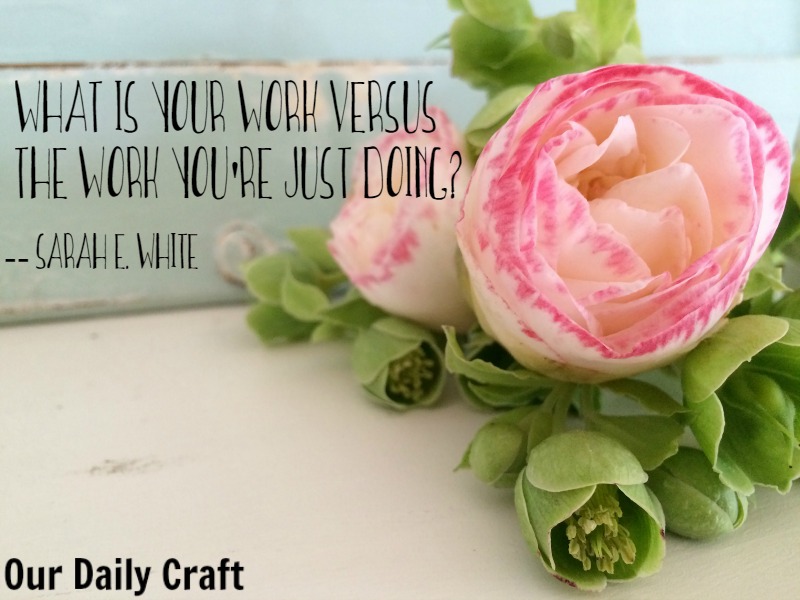 The Fine Art of Saying No

I understand the need to say no to things in order to say yes to other things. I’ve written about it. Recently. As legendary writer, rapper and Twitter life coach Lin-Manuel Miranda said just yesterday:

Good morning.
You will have to say no to things to say yes to your work.
It will be worth it.
This is from 2009. pic.twitter.com/fplm2QLsf6

But it’s really hard to actually say no. You feel guilty. You feel like you should be grateful that anyone wants to hire you, that if you say no you’ll never work in this town again.

But, no, you have to say no sometimes.

Knowing what is actually your work versus just work you are doing is really important.

I’m not totally there, but just writing that was kind of a revelation.

What is your work versus the work you’re just doing?

What can you say no to in order to say yes to the better thing, the more “your work” thing?

I would love your thoughts.