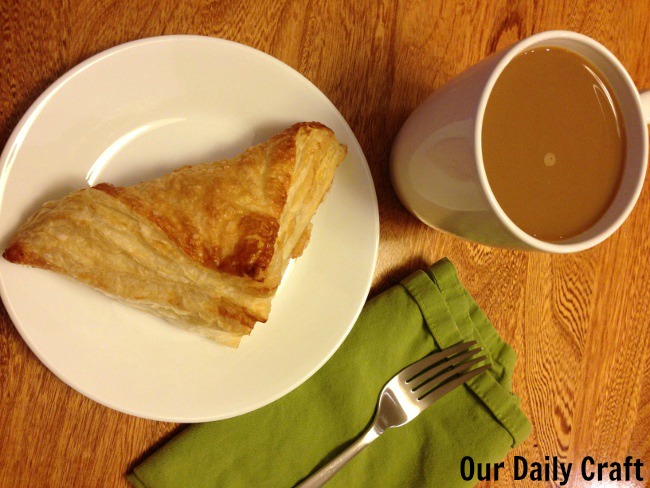 As soon as the first hint of warmth hits the air, I want to start decluttering and spring cleaning. But I have a three year old, and she’s not about to let me take a whole weekend, or even a whole afternoon, to do all the things I’d like to do to bring a little more sparkle to the house.

So instead of feeling frustrated and not trying to do anything in the way of spring cleaning, I decided to take a different tack this year.

I made a list, cleverly titled “30 Tasks for April.” 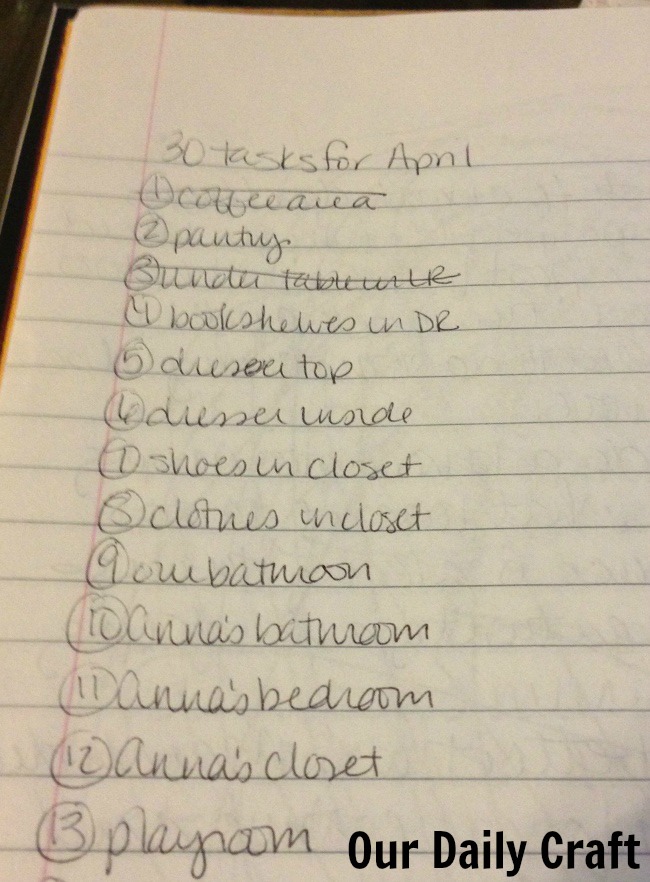 Not all of these are cleaning related, but a lot of them are: things little and big that don’t get done regularly through the year.

Cleaning out closets, taking care of that counter that always gets cluttered, getting rid of a bunch of books plaguing my office.

It’s not a list where I can do one thing each day; and in fact not all the things on the list are cleaning related. But it proved a good way to focus my thinking and remind me that a lot can be accomplished by doing a little each day.

More Motivation from Starbucks and the Bakery at Walmart

I am, however, a big fan of bribery, so the other morning I headed to Walmart to find some tasty treats to get me through some of my cleaning tasks.

The bakery at Walmart happened to have a special display that helped make my choices a bit easier. 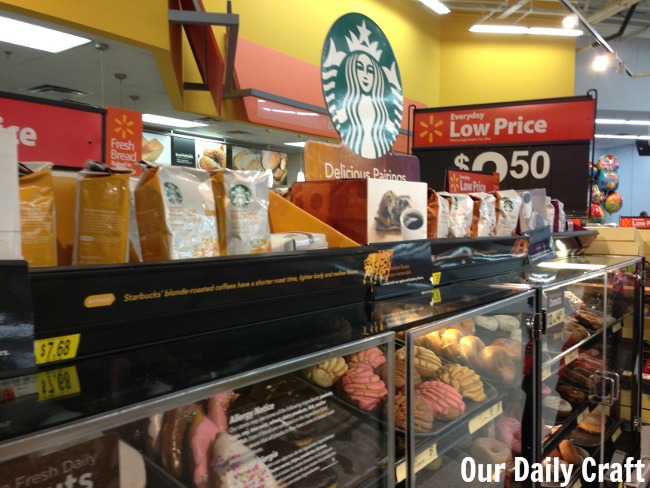 The Delicious Pairings display offers a selection of yummy Starbucks coffees (which is pretty much all we drink) alongside some tasty treats that go well with them.

I decided on Breakfast Blend coffee, which is a medium coffee by Starbucks’ estimation. They also call it crisp and tangy, and the in-store display — though slightly hidden by other signage — suggests it pairs well with apple, nut and blueberry flavors.

It just so happened that I found some the Bakery at Walmart apple turnovers nearby, which seemed like just the thing.

The next day I tried the combo at breakfast. I found the Breakfast Blend to be a little lighter than the darker roasts we typically choose, but it was smooth and easy drinking, both with and without the turnover. I can understand why the display suggested nuts, because there is a bit of a nutty flavor to the coffee, and a sweetness that came out more when drunk with the apple turnover.

The pastry was a lot like a croissant with cinnamon applesauce inside; sweet, buttery, flaky and a nice indulgence to start the day with. It’s also great to have a breakfast that takes no time at all when you have some unpleasantness waiting for you later in the day, isn’t it?

I finished my first cup of coffee, took the girl to school, poured another and started in on one of the most dreaded tasks of the season: cleaning up the girl’s closet.

If you have kids you know how messy closets get. I throw too-small and out-of-season clothes on the shelves, just waiting for a time when I can sort them for donation or selling at a local resale event (which I’m planning to do later this month). It’s also almost time I could completely change out the clothes in the closet for the season, but maybe not quite. 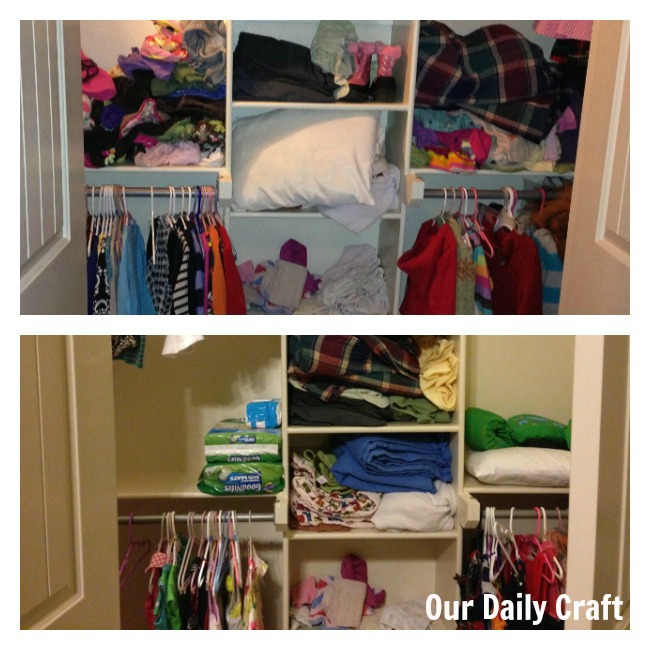 Here’s my before and after. It’s not perfect, but I did move the winter clothes to the top and the spring clothes to the bottom. The shelves are clear of old clothes, and the old clothes were divided by season for easier reselling.

This was about an hour’s work (thanks, Starbucks’ caffeine for making me work faster!) and one big thing off my to do list.

And should you need reward as well as motivation, those pastries come in a four-pack. Just saying.

I am a member of the Collective Bias® Social Fabric® Community. This shop has been compensated as part of a social shopper insights study for Collective Bias™. #cbias #SocialFabric Opinions are my own. We really do drink Starbucks almost daily.