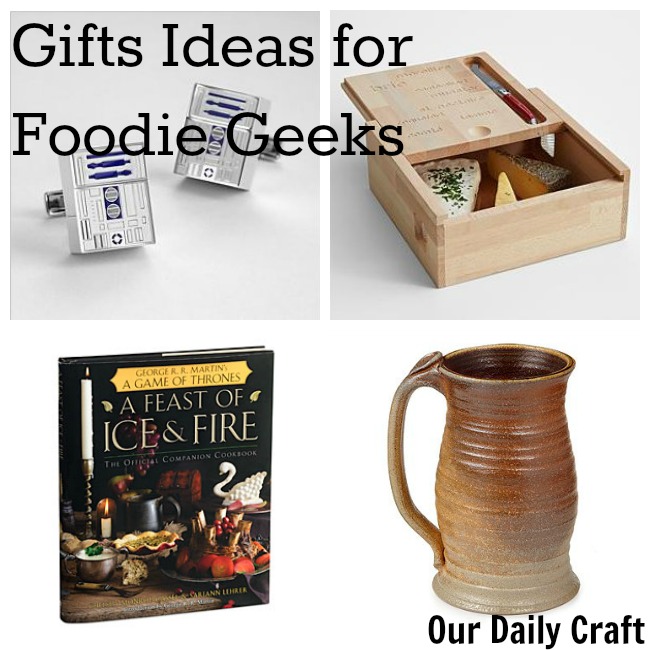 I used to be really good at gift giving. I hated to tell people what I wanted for various holidays because I thought if they really knew me they would know the kind of things I would like. Likewise, I didn’t ask anyone what they wanted, I just bought them things I thought they would like. And I think I usually did pretty well.

All that went out the window when I had a kid. It’s like I forgot how to shop. And to plan (duh).

I messed up pretty egregiously for husband’s birthday this year. It was a big one, and I didn’t want to make a big deal because I didn’t think he wanted to make a big deal. He never wants gifts; he just buys whatever he wants when he decides he wants it. His wish list is sad.

I sent him a couple of ebooks I don’t even know if he got because he never acknowledged them and I haven’t seen him reading them. (Admittedly we did spend the whole week together, and that was a pretty nice gift.)

For Christmas I’ll do better. At least I have constant reminders that it’s coming, right? I also hate stores during the holiday season — it doesn’t even have to be Black Friday — so the more online shopping I can do, the better.

I also have a Pinterest board. It’s perfect for guys who are foodie geeks, so if you happen to have one of those to shop for, check it out!

He doesn’t actually wear cufflinks, but I couldn’t resist including these R2-D2 USB cufflinks from Red Envelope. Wouldn’t they be perfect for the dressed-up geek?

We have been enjoying a lot of cheese lately, so this cheese cellar might be a more practical idea. (Also Red Envelope, which is one of my go-to places for unique gifts for those “people who have everything.” That link there is to their “gifts for dads” section, but it’s great for other men, too, of course.)

Because he’s the main cook in our house, and loves Game of Thrones (which I have been reading even though I never read fantasy, because I love him) I may throw in A Feast of Ice & Fire, the official cookbook of the series. Yum! (Via ThinkGeek, though I’m sure you could get it anywhere.) It would go great with this 14th Century-Style Beer Stein from Uncommon Goods, another of my gifty loves.

Have any great gift ideas for the hard to shop for? I’d love to hear them!