After all the weaving this week, I pulled out a different kind of loom and did some loom knitting.

Knitting looms are available at craft stores in all sorts of sizes. Some are sized to make hats for babies, kids and adults, while others could be used to make bags or even the body of a sweater. You can also use them to work flat pieces, and there are special looms to make socks.

I like the little circular looms to make tube scarves, but I hadn’t done any loom knitting in a really long time before I pulled this out. 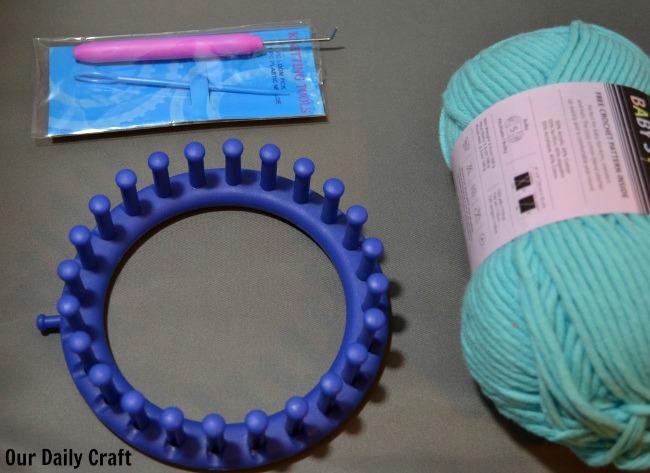 To start loom knitting, all you need is the loom, which comes with a little pick you can use to move the stitches (you can also use your fingers or a small crochet hook) and some yarn. Ideally bulky yarn because the stitches are pretty big, but you can double up light weight or worsted yarn if you’d rather. I used some Lion Brand Yarn Baby’s First, which has been discontinued but lives on in my stash. 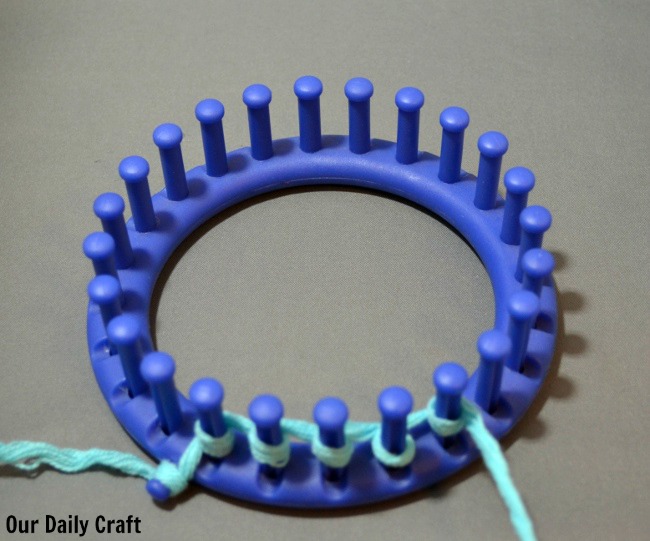 Start by looping the end of the yarn around the peg that sits on the side of the loom, then begin wrapping the pegs. First you go around the back, then across the front and around the back again to the next peg, so that the yarn goes all the way around the peg. You wrap the yarn clockwise and the pegs around the loom counterclockwise until there’s a loop on every peg. 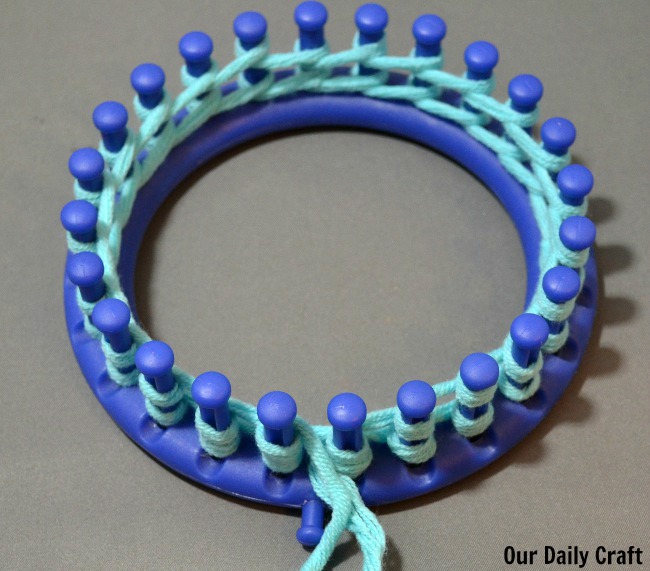 Push those loops down to the bottom of the peg, then repeat the looping process until every peg has two loops. 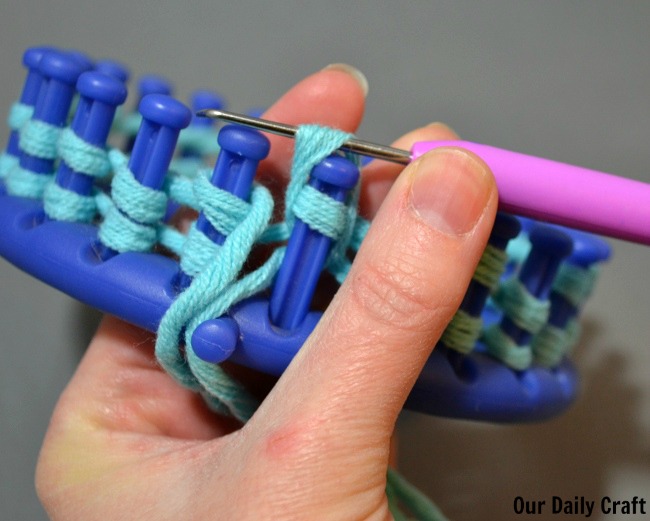 Use the loom knitting tool to pull the bottom loop up over the top loop and off the peg. It’s sort of the same as binding off knitting, if you’re familiar with that.

Work your way around the loom counterclockwise until all the pegs have just one loop again.

Repeat the looping process and continue as established. (There are different stitches, but this most basic one is easy and looks nice, like Stockinette with a little twist.) 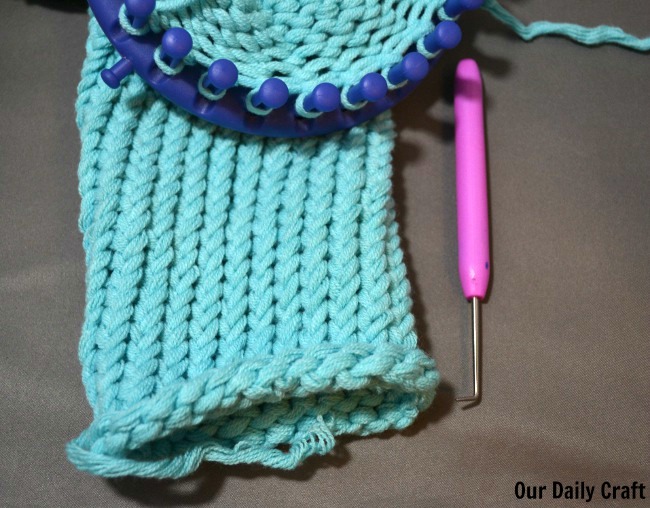 I think I’m making a scarf, but the kids at school this morning suggested it could also be a burrow for a small animal. They’re so cute and always really interested when I bring projects to school.

Something Else to Try

If you’re not into loom knitting or fiber arts (you should be, but still) or don’t want to run out and get a loom this weekend, try instead doing a craft or hobby you normally do, but do it in a different way.

[Tweet “How can you do a craft you love in a different way? #ourdailycraft”]

I do enjoy loom knitting as something different, but it’s slower for me than regular knitting, I think. It’s still fun to do every now and then, and I’ll share the finished project once it’s done. I have a special plan for it, I think.

If you try loom knitting or doing something different with one of your regular crafts this weekend, I’d love to see it. Hit me with the #ourdailycraft hashtag.