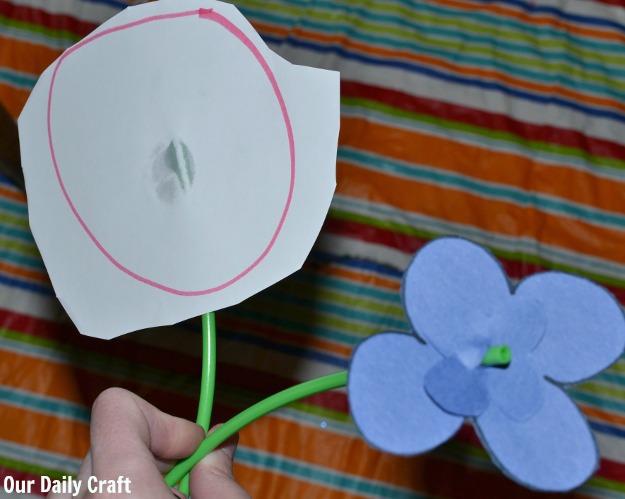 You might have noticed a distinct lack of posting lately, and I’m going to let you know right up front that’s going to be the norm for the next six weeks or so. The book is due Sept. 1, and there’s still a lot to do. All my creativity is going to it rather than coming up with fun things for the girl and me to try.

I hope that will change to some extent next week when she starts her summer break. I’m already thinking about making bouncy balls, trying some art experiments and just being open to whatever creative stuff she wants to do.

In the meantime, I’m not stressing about a lack of blogging or a lack of craftiness. And the girl has been fine with that, mostly because she’s been going back to old favorites she hasn’t played with in a while.

There’s been a constant bin of water beads in the playroom for a month or so now, and though she doesn’t exactly play with them like she used to, she does run her hands through them and add water from time to time. She notices that some of them are really big and some are smaller.

At some point recently she asked for the cloud dough, which comes out once every four months or so. We’re still using the same batch I made in 2011, which possibly is kind of gross. She’s had her feet in it, after all.

The other day she was rummaging in her closet and found an old I-spy bottle that’s almost as old as the cloud dough. She stuck with it until we got to the tiny scissors, which always seem to get lost in the depths of the bottle and require 20 minutes of shaking to unearth.

Yesterday she wanted to do finger painting. 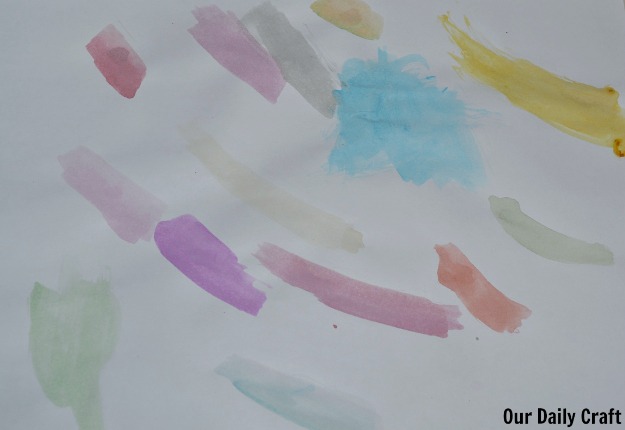 And this morning watercolors.

Oh, and we made flowers. The stems were part of a kit of Perler beads, but you could use a straw. Hers is the circle (which she said is a dandelion); mine is the two-layer blue flower. She said it looked like clover.

It’s nice to have those things accessible and have a place to make art that’s available pretty much any time so she still has a creative outlet even when I’m not able to offer her something new.

So if you’re at that point of the summer where you don’t know what you’ll do to keep your kids entertained for another day, try pulling out something they haven’t played with in a while. They might not enjoy it, but they may have a good time exploring something in a different way.

How are you playing with your kids? I’d love to hear about it.